Watch Brownlee and Co. – Live streaming of ‘The Championship’ announced

A top quality field, including Alistair Brownlee, is promised for The Championship, in Samorin on 3rd June. You’ll be able to watch the race streamed live

It is one of the continuing frustrations of fans of the sport, but Challenge Family have announced that their new annual showpiece event, ‘The Championship’, (or THECHAMPIONSHIP if you want to follow their rather frustrating house branding methodology… mini rant over!), will be available to watch live.

If you remember back to the first (and only…) Challenge Bahrain in 2014 (a race we attended and raced), the general consensus was that they did a really good job of the live coverage for that race. Fingers crossed for something similar this time around.

The start list is a very strong one – added to with the name of Alistair Brownlee – but there is strength-in-depth and a very strong British field too, with the likes of Emma Pallant, Lucy Charles, Kim Morrison, Joe Skipper and Will Clarke all on the provisional start list. With Lionel Sanders, Sebastian Kienle, Andreas Dreitz, Michael Raelert, Richard Murray, Ellie Salthouse, Kaisa Lehtonen, Annabel Luxford and Heather Wurtele just a few of the major international names racing, it promises to be one to watch.

We’ll be on-site in Samorin to bring you all the news. Here are the full details on the coverage from the Challenge Family (CHALLENGEFAMILY…!) team…

CHALLENGE​FAMILY ​is proud to announce that, on the 3rd June, it will live stream THE​CHAMPIONSHIP​ 2017 on its official website, giving triathlon fans from around the world the exclusive opportunity to follow the action from the race live and direct.

In addition to announcing the best line-up of professionals in the history of middle-distance racing, enforcing a new 20 metre draft rule on the bike leg, and hosting the race at the groundbreaking x-bionic​®​ sphere, ​CHALLENGE​FAMILY ​will now give triathlon enthusiasts who can’t make it to Samorin, Slovakia, the chance to follow the pro athletes live as they complete the middle-distance race (1.9km swim, 90km bike and 21.1km run).

“We are thrilled to be able to showcase our flagship ​THE​CHAMPIONSHIP​ event at x – bionic® sphere ensuring that we set a new standard in triathlon. Live streaming the event will not only showcase best pro line and the talented athletes racing, but it will also highlight the incredible venue.”

The course of ​THE​CHAMPIONSHIP​ 2017​ has been been designed so that the ​x​-​bionic​® sphere forms the backdrop of the starting, transitioning and finishing stages of the race. To view the course in detail: 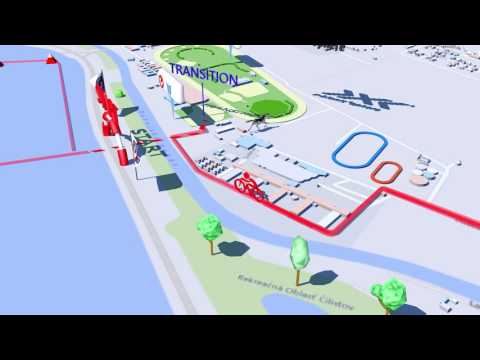 Whether it’s from the comfort of a triathlon club, home or deciding to catch up on the move, those tuned in to the live coverage of ​THE​CHAMPIONSHIP ​2017 will be able to follow the whole race from start (in the Danube river) to finish (in the heart of the x-bionic​®​ sphere).

Triathletes from more than 60 nations from Canada to New Zealand will line up at the start of the inaugural ​THE​CHAMPIONSHIP​ 2017​ ​race​.

To follow all the action as it happens please visit: ​www.thechampionship.de/?page_id=14

For more information on the race, the course, and the full start list please visit:     www.thechampionship.de