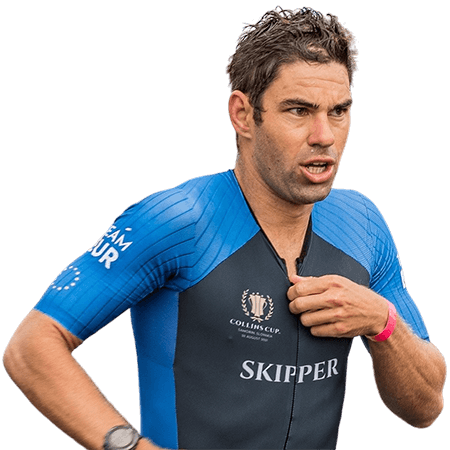 Joe Skipper is one of THE up-and-coming stars on the middle and long-distance triathlon scene.

A five-time IRONMAN winner (twice in the UK plus Florida, New Zealand and Chattanooga), Joe will certainly be a contender for World Championship glory in the coming years.

Born in March, 1988 in the Suffolk town of Lowestoft, England –  Joe took up the sport of triathlon for the first time in 2010 when he entered a middle-distance race and joined the Manchester Tri Club – initially for social reasons. He soon fell in love with the sport.

After winning the 2011 British middle-distance championships at amateur level, fellow triathlete Lucy Gossage persuaded him to go professional. Joe runs his own training programmes and spent the early part of the 10s cutting his living costs to pursue the professional dream.

Joe’s early journey was one of resilience and perseverance, winning just enough money and gaining just enough sponsorship revenue to continue on his journey towards the top of world triathlon.

The talented Brit is a demon on the bike and on foot – he regularly battles his way from the middle of the field after the swim to contend at the front end of races. In recent years though his swim has improved considerably and if he can maintain that progress going forward, more titles and accolades beckon in the coming years.

Skipper’s growing stature in the sport reached new heights in the sport when he replaced the injured Alistair Brownlee for the much-hyped Sub7Sub8 Project and clocked a terrific time of 6:47:36.

Joe began his professional journey during the 2011 season as he earned a pair of domestic titles – the British Triathlon Middle Distance Championship and the Fritton Viking Middle Distance.

Further domestic wins followed in 2012 – the Ely Monster Middle and Marshman Middle – while Joe made his debut on both the IRONMAN and IRONMAN 70.3 circuits, finishing fifth at IRONMAN UK and eighth at IRONMAN 70.3 Galway.

Between 2013 and 2016 Joe picked up a slew of further domestic titles before winning his first European honour in 2017 – Challenge Almere ETU Long Distance European Championships in Amsterdam.

Joe’s first IRONMAN victory followed in 2018 as he secured the UK title at the fourth time of asking, earning victory by more than seven minutes. In addition to his UK triumph, Joe made the podium (second) at both IRONMAN New Zealand and IRONMAN Hamburg, cementing himself as one of the best young talents on the circuit.

An appearance at the 2018 IRONMAN World Championship on the ‘Big Island’ followed, with Joe finishing an excellent seventh on his third start in Hawaii. In the middle of the pack after the swim, he fought his way through the field with top-10 splits on both the bike and the run.

A second IRONMAN triumph followed in 2019 as he took top honours at IRONMAN Florida against a world-class field. He once again powered his way through the field after a mid-pack swim with excellent displays on the bike and on the run, where he closed with a 2:39 marathon. That result came just three weeks after his sixth-place finish in Kona – his best performance to date in Hawaii.

During the pandemic-hit 2020 season Joe still managed to add an IRONMAN title to his resumé, producing another sub-8 hour performance on his way to victory in New Zealand. In the process he set field-leading bike and run splits.

2021 brought IRONMAN wins in the UK and Chattanooga, with Joe also qualifying for the inaugural Collins Cup for Team Europe. He finished second in his matchup against Jackson Laundry and Justin Metzler, with Laundry only catching the Brit in the very late stages of the run.

2022 started with huge disappointment for Joe, when he contracted COVID-19 in early April, forcing him to withdraw from the delayed 2021 IRONMAN World Championship, set for May 7 in St George.

Skipper proved a very able deputy for Brownlee when he lined up vs Olympic and IRONMAN World Champion Kristian Blummenfelt for the ground-breaking Sub7Sub8 event at the Dekra Lausitzring in Germany on June 5, 2022.

Eyebrows were raised before the event when Skipper said a 3:20 bike leg – unheard of in elite triathlon – was possible with the aid of an elite pacing team. In the event he went even faster, logging an astonishing 3:16.

Skipper could not hold off the relentless Blummenfelt on the closing marathon, but he still managed to finish in a spectacular time of 6:47:36.

Joe’s mother and father are big supporters of his triathlon venture. In the early days of his professional career, his family supported him financially to ensure he could race across the globe. He also has two sisters and a brother. Joe also has a dog called Maisie.

Joe is one of triathlon’s brightest personalities, full of fun with an engaging character. Perfect for podcasts then…

No surprise then that Skipper has one of the most popular triathlon podcasts around, called ‘Triathlon Mockery’.

For clothing, Joe uses the DHB Aeron Trisuit – a suit he helped design in 2020 after spending time with DHB’s design and development team. His footwear of choice is Hoka run shoes (for whom he is an ambassador).

'That is a Kona-winning performance' - Don on Skipper's Wales display 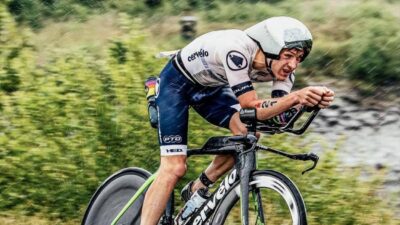 IRONMAN Wales 2022: Date, start time and how to follow live 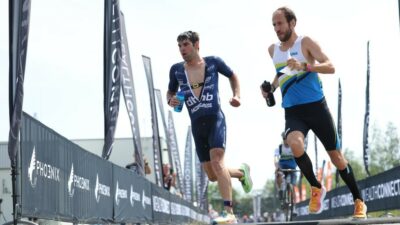 Who is Weedkiller Man? Sub7Sub8 sensation on his new-found fame 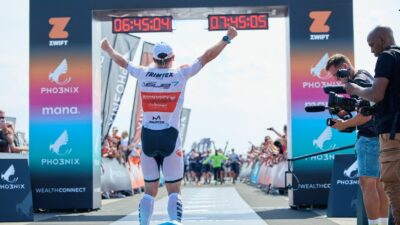 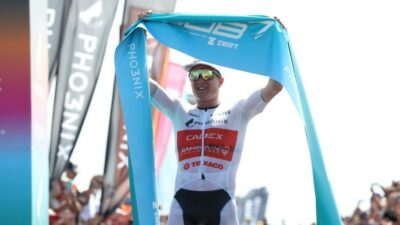 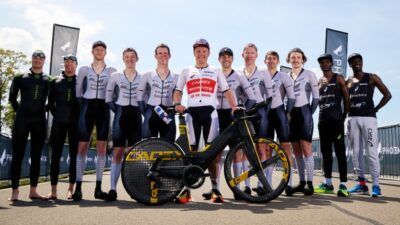 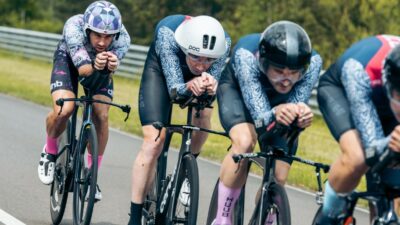 Can Team Skipper really nail a 3:20 bike when the Sub7 heat is on? 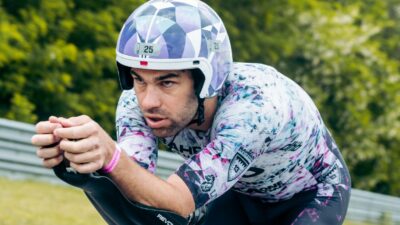 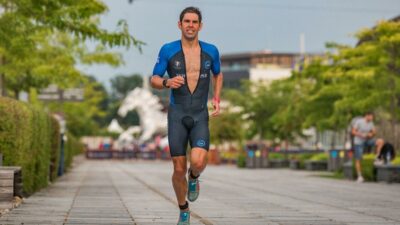 Leader of the pack: Macca on Skipper stepping up to Sub7 plate 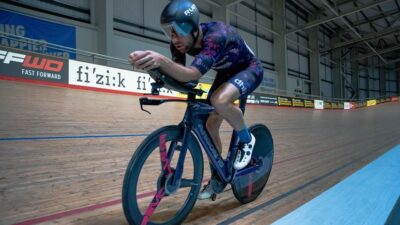 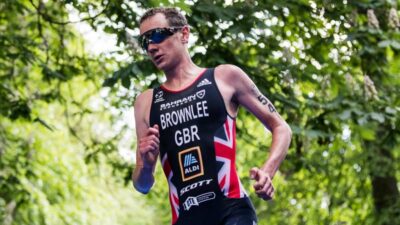 Alistair Brownlee OUT of Sub7 bid, Joe Skipper in to face Blummenfelt 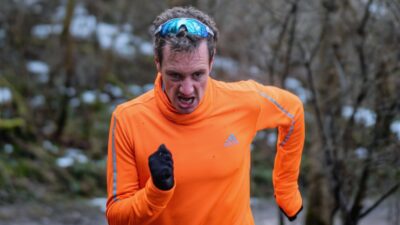