One of the UK’s oldest triathlons, Royal Windsor Triathlon, will take to the streets of Windsor and the surrounding Berkshire countryside on Sunday 14 June for its 30th Edition with a star-studded line-up of triathlon legends. The Saturday of the event will feature guest Q&A and panel discussions, food and drink, live music and much more.

The 2020 Royal Windsor Triathlon will take place on Sunday 14 June, organised by leading mass events company Human Race. The event has both Sprint and Olympic distances on offer as well as a Sub 2hr30 elite wave, with routes that take participants through Windsor and the surrounding Berkshire countryside. Starting with a River Thames swim, and a scenic bike course, the run route takes participants through the shadows of Windsor Castle, down into the vista of the Long Walk – arguably the best run course in the UK.

“We are very proud that 2020 will be the 30th Edition of this iconic event and we hope to be able to make this a very special event indeed,” comments event co-founder, Jasmine Flatters, MBE. “We are very grateful to the Borough for its support throughout the history of the event and we look forward to a continued relationship long into the future.”

Established in the summer of 1991, the first event saw 300 participants cross the start line and was won by Spencer Smith (01:47:15) and Sarah Coope (02:01:35).  The event continued to grow and became part of the British Triathlon Super Series. During this time, the event was televised broadcasting elites such as Jodie Stimpson and Tim Don out on the course. 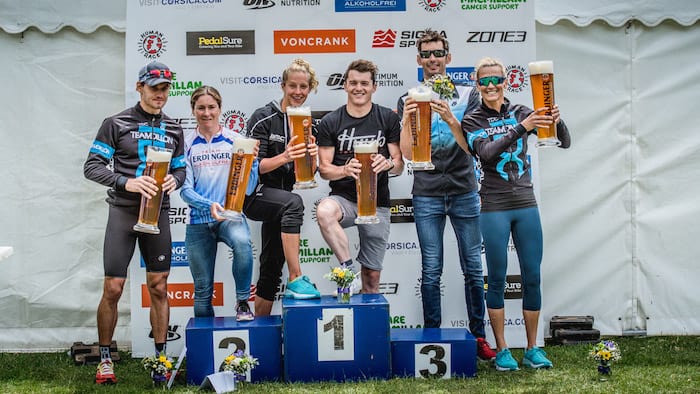 Royal Windsor Triathlon now sees close to 3,000 participants take to the course, from beginners and local clubs such as EVO Triathlon Club and Berkshire Tri Squad to elites, cementing its place as one of the top races in the triathlon calendar. Over the years, the event has made several exciting developments and current plans for 2020 will not disappoint. The 30th Edition is set to include a Saturday event featuring guest speakers, live music, local food and drink from the Windsor and Eton Brewery and more.

Over the years, the event has seen elites such as Emma Pallant, Jodie Stimpson, Richard Stannard and Stuart Hayes take to the course, as well as Jonny Wilkinson, Tanni Grey-Thompson and Princess Beatrice. To celebrate the 30th event, we will be bringing back the legends from the 1990s, ‘00s and the last decade, to take part and share their memories of competing at Royal Windsor Triathlon.

“All those in the world of triathlon know what an important part the Royal Windsor Triathlon has played in the history of the sport,” says Nick Rusling, CEO, Human Race. “We’re delighted that the event is still going strong, and that we are once more able to host a fantastic celebration of triathlon in a historic and beautiful surrounding.”