It’s been an open secret for a while now, but today Super League Triathlon (www.superleaguetriathlon.com) has been officially launched.

The first event will take place – over three days – on Hamilton Island, located on the Great Barrier Reef in Australia in March. With $100,000 on offer for the winner and the names signed up including Brownlee, Brownlee, Gomez, Mola, Murray and Schoeman, it looks set to be a seriously competitive debut.

Super League Triathlon has today been unveiled as the future of triathlon with huge prize money, superstar fields and action-packed racing formats that provide pulse-pounding action and an unparalleled spectator experience.

“All races are being broadcast live on television, on our digital platforms, and our racing and content focuses on what fans want to see. The racing is frenetic and action-packed but we’ll also tell the stories behind the racing. Don’t think for a second that it’s all happy families among our athletes. We’ll highlight the rivalries, the personality clashes and intensity of a closed-league, big prize money series. For triathlon and sports fans we’ll be taking them deeper into the inner sanctum than ever before.” 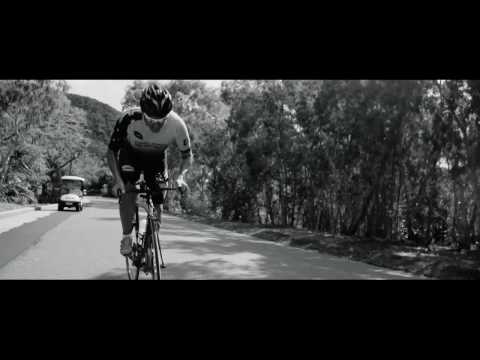 Super League Triathlon is committed to innovation and sports entertainment. As part of this process each athlete has been given the opportunity to pick their race number to appear on their race apparel. Fans will be able to purchase replica race apparel and merchandise of their favourite athlete featuring their name and race number.

“Even with the selection of race numbers there’s already mind games going on,” explained McCormack. “Javier Gomez Noya was straight out of the blocks and picked number 1, which leaves no-one doubting where he sees himself. Alistair Brownlee responded with the number 23, the most famous number in world sport and associated with one of the greatest and most influential athletes of all time. There’s no love lost here.”

Alistair Brownlee knows that he will have a target on his back at Super League Hamilton Island, but has a warning for those who lay claim to the Super League Triathlon title.

“Super League Triathlon will be exciting, dynamic racing and great viewing for all sports fans. There’s a bit of chatter from the younger guys about the heat, the shorter distances, and a few of them fancy themselves for the win. While the formats are new and innovative, they’ve still got to swim, bike and run and they have to remember that their weaknesses will still be highlighted. It’ll be a lot of fun,” said Brownlee.

“Our race formats are a game changer and we’re going to find out who is truly the greatest multisport athlete on the planet. We’ve seen it so often over the years with the Brownlees and Gomez dominating in short course and in long course we see a relatively similar story unfold race after race,” said McCormack.

“Of course, we’re expecting the blockbuster clashes between the Brownlees, Gomez and Mola, however, it may not always be at the front of the field. Our race formats also play to the strengths of the standout swimmers, bikers and runners who can destroy the traditional race strategy and lead from the front. And, then there’s the young brigade of super talented athletes like Jake Birtwhistle whose blistering run speed is made for Super League Triathlon racing. These next generation athletes have little regard for reputation and Super League Triathlon is the ultimate platform for them to shake up the establishment.”

The inaugural Super League Triathlon event will take place on Hamilton Island, located on the incredible Great Barrier Reef, Australia, with three days of racing on March 17, 18 and 19, 2017. Athletes will race in the Triple Mix (March 17), Equalizer (March 18) and Eliminator (March 19) formats over the three days. With hot days and a brutal course punctuated by steep climbs and dangerous descents on the bike, and a super-fast looped run course, athletes will be racing on the limit on all three days.

And what about the women?

Fans can connect with Super League Triathlon via: