Having had to suffer terrible weather last month which lead to the cancellation of the bike leg at the Outlaw Triathlon, no such issues on Saturday for the HUUB Triathlon Relays at the National Water Sports Centre, Holme Pierrepont.

The ever popular – sold out again, morning and afternoon – Triathlon England National Club Relays Championship was blessed with glorious sunshine, blue skies and almost no wind on the traffic-free, rowing lake course. Please, can we have this every year?!

If you’ve been a reader of TRI247 for any of the past decade or more, you’ll be more than familiar with my thoughts on this event – it’s fabulous. When the weather comes to the party too, it’s a worthy reminder of why an event which is three decades old (but has still developed where required), remains one of the ‘must do’ events of the domestic racing calendar. Form a 14-time iron-distance winner, Pro Middle distance athletes, Age-Group World Champions, triathlon club members to athletes taking part in their first ever triathlon, this is an event and format which truly does cater for all. 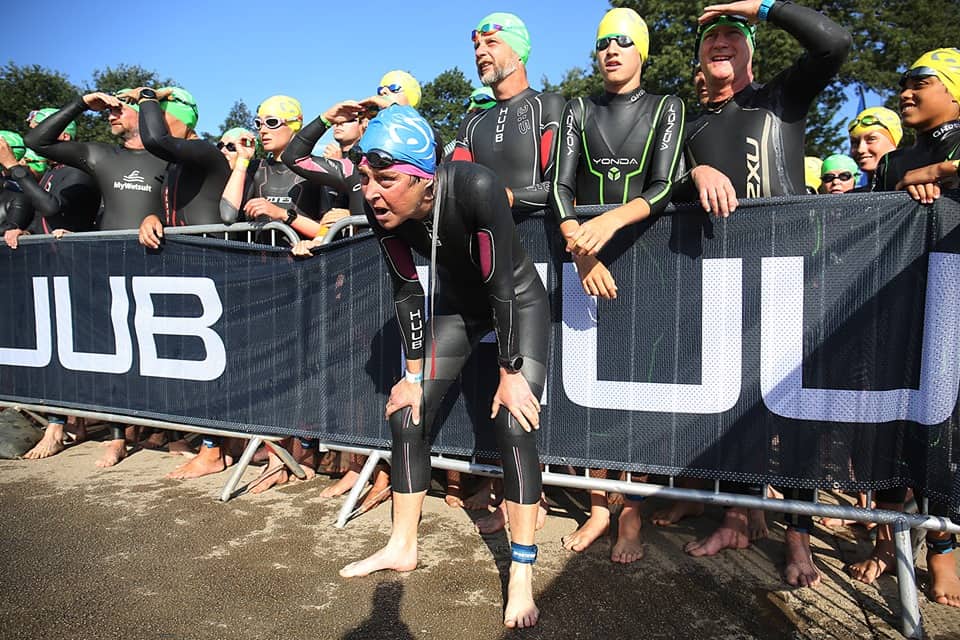 The 500m swim / 15km bike / 5km run distances are achievable for all, yet the continuous nature of the event (providing athletes with a short rest between disciplines as they hand over to team-mates), combined with that ‘for the team’ aspect, means that you are really doing three all-out time trial efforts. And some were back in the afternoon to do it all again. 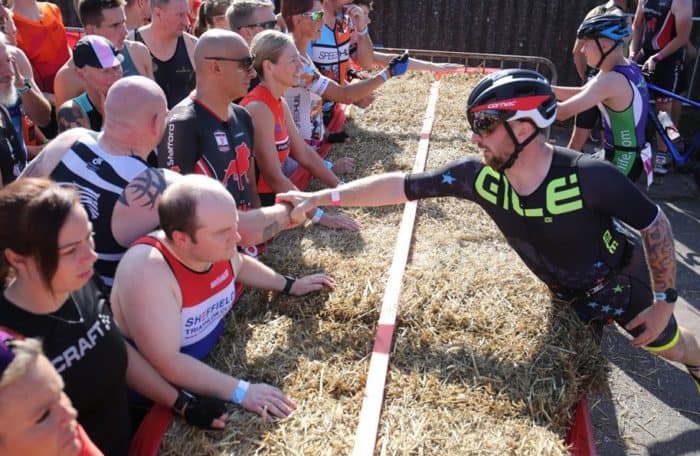 There are two sessions of racing, with the morning featuring the Male and Female team Triathlon England Championship categories, the afternoon an exact repeat of the course and format but this time the medals are for the Mixed (2 men, 2 women) teams. 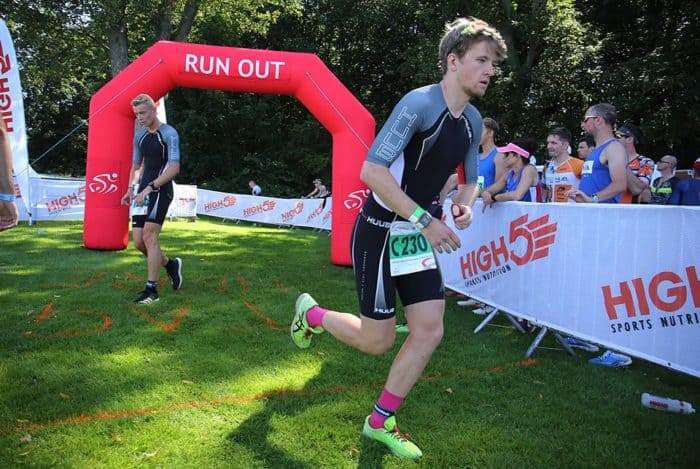 A familiar feature at the head of affairs saw Race Hub (William Kirk, Tom Vickery, Carl Shaw, Tom Davis – pictured in the header image), set the fastest time on the day to take the Men’s Race Team category for the third consecutive year. They were a couple of minutes ahead of RedVenom.co.uk who were back at the Relays after a couple of years away, while event title sponsors HUUB completed the Race Team podium, all three teams going under the three hour mark. That reflects both the quality of the racing and the great racing conditions. I’d have to check back, but I’m not sure we have ever had three teams finish with a 2:XX time at the Relays?

The Men’s Triathlon England Senior Club title went to Lincoln Tri, who stepped up from their Silver medal 12 months ago to take the Gold, a full four and a half minutes clear of PMA RT. It was great to see Holme Pierrepont regular, Simon George back at the venue and leading off that squad after a long recovery from a bad bike crash last season.

The Absolute Tri Club ‘Boys with ABS’ took the men’s Junior title (one of three Gold’s won by the Nottingham-based club over the weekend), with the Club Vet 40+ going to Race Hub while the Club Vet 50+ saw Phoenix Racing and Training take both Gold and Bronze medals, separated by One Life Racing. They were just 47 seconds away from securing Gold and Silver.

The Royal Air Force were the quickest female team to take the TE Club category, having had a close race all day with lots of lead changes with Absolute Tri Club, who took the women’s Junior honours.

Lincoln Tri added to their Gold medal in the Men’s Senior Club event as the ‘Absolute Imps’ squad were the fourth fastest female team overall in the morning, taking the Race Team title.

The closest race of the morning was in the Women’s 40+ category, where Race Hub and Hillingdon Triathletes (Gold and Silver 12 months ago), were very evenly matched with the lead changing multiple times during the day. By the finish, just 57 seconds separated them with the Hillingdon team coming out on top this year. It really was great racing from both teams.

Hillingdon completed the female vet double in the 50+ category, while Race Hub were the ‘most medalled’ team of the weekend, with three Gold, one Silver and one Bronze, adding Vet40 Men and Vet40 Mixed titles to the Race Team win. Both clubs are among those that support the Relays in big numbers every year and will no doubt be back again in 2020, whether chasing podiums or introducing new members to the sport.

First across the line in the afternoon were the Durham University Alumni, though as an all male team they were racing in the (non championship) Open event.

The Race Team winners in the Mixed category was the ‘Nottingham Triathlon Performance Centre’, racing under the Absolute Tri Club banner, which featured an appearance from Lucy Gossage (who said that this sprint racing was very painful!). Shrewsbury Triathletes were the Triathlon England Club Mixed category winners with Wrekin College taking a narrow win in the Junior division ahead of two teams from Medway Tri.

As above, Race Hub were the Mixed V40+ winners in hugely impressive style – 15 minutes clear of Chippenham Tri.

The 2020 event date has already been set – get it in your diary now! 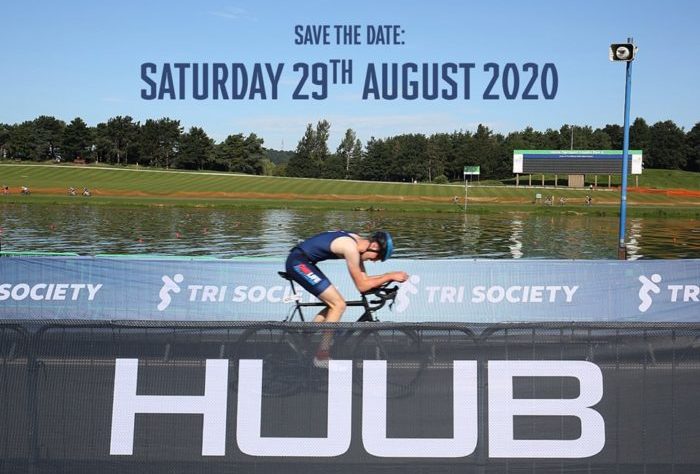