“I don’t know why they bother with this testing, you won’t catch anybody now, you’d have to be stupid to arrive in Hawaii ‘doped’…” That, broadly, is in line with much of what I read and hear about doping control testing at the IRONMAN World Championship.

Well, perhaps some people are that naive – because proof here that the pre-competition testing of Age-Group athletes at the IRONMAN World Championship (and there was plenty in 2017, including several British athletes), can work. Not for the first time either, as 12 months earlier, Italian Age-Group athlete Maurizio Carta refused to take his pre-competition test – and was subsequently banned for four years.

News today that Luis Fernando Pelcasre Rabanal from Mexico, the winner of the M18-24 category at the IRONMAN World Championship in October last year (by a margin of almost 32 minutes), has been stripped of that result and given a four year ban. His pre-competition sample was taken on Wednesday 11th October 2017 – three days before race day – and found to contain exogenous (external) testosterone.

The (pre-disqualification) results from the 18-24 division at the 2017 IRONMAN World Championship: 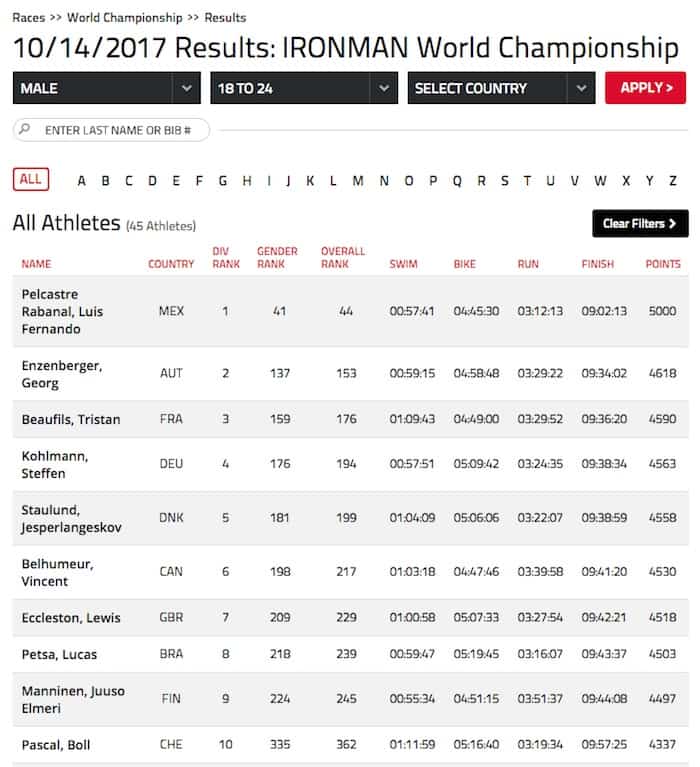 This news will be of interest to a British athlete, Lewis Eccleseton (who I interviewed ahead of the race HERE). Lewis should now move up from seventh place to sixth. Aside from now being just one finishing position (and 61 seconds) short of winning one of the coveted Umeke trophies (Kona AG podiums are 5-deep), it also means he can consider his finish just eight minutes and 19 seconds short of the winner, rather than more than 40 minutes slower.

Here are the instagram posts / statement (in Spanish) from the athlete. 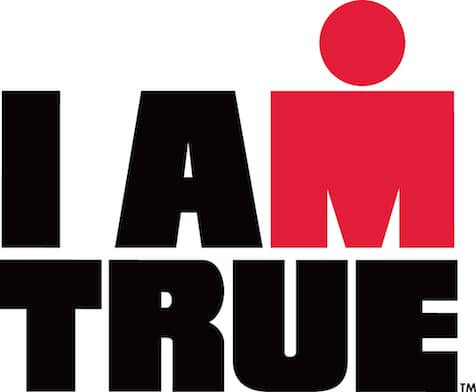