George Peasgood takes to the boards…

Paralympic Games triathlete, George Peasgood, raced at the British Para-Cycling Track Chams in January – and we asked him for a few words on his experience

Last week I spoke to Paralympic Silver medal-winning triathlete, Alison Patrick, about her experiences of racing on the velodrome at the National Track Cycling Championships. George Peasgood, who finished seventh in Rio in the PT4 category, also raced at the National Cycling Centre in Manchester, and I asked if he could tell us more about his experience.

I went along to the Track Cycling National Championships mainly just as a bit of fun.

I know my biking –  and especially time trial skills – are right up there compared to the para-cyclists in term of road events (road race and road TT), but I fancied testing my skills on the track in the shorter distances against others as well.

In the Paralympic triathlon event, the race is a Sprint triathlon format and so the cycling discipline is 20km long. For me that is around 30minutes on the road, depending on specifics the course. Last year I competed in the para-cycling Road TT champs, which were around 27km and finished second there in a mixed C4/5 category.

On the track I competed in both the Kilo (1km) and Individual Pursuit (4km).

The whole experience is VERY different to turning up at a triathlon to race! Firstly, you don’t actually get given a start time, your event gets given a slot at which there is a “sign on closure” time. For instance, for the Kilo this was at 2:30, but the general rule is that the race would be an hour after the sign on. This makes the warm-up time very dependant on races going on previously.

All the para-classes were merged, but giving more impaired classes factoring to allow for differences in impairment. The males and females were also racing together. In the Kilo i came fourth; in my male category that would have put me second. In 4km Individual Pursuit I came seventh overall, but in my category alone being first.

It was a different experience on the track; using a borrowed bike that was too small, I couldn’t get into the best set up… but still had fun in the process!

This year I’m looking to explore more road racing, as previously it has helped develop my power thresholds; whether it be in a national road race series race or a European Cup for British Cycling.

However, triathlon will always come first for me! 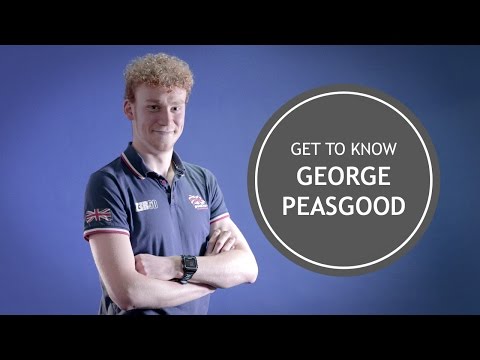