Organisers of the ITU World Triathlon Abu Dhabi have announced that the 2018 global triathlon season-opener and the largest triathlon in the Middle East, will feature dedicated waves for para-triathletes for the very first time. First timers and seasoned para-triathletes will also have the chance to rub shoulders and compete alongside inspirational heroes of Paralympic triathlon including; World and European Champion and Rio 2016 Paralympic Gold medallist, Andy Lewis and Mohamed Lahna, the Bronze medallist at the Rio 2016 Paralympics.

The dedicated para waves will take place on Saturday 2 March, on the same course as fellow age groupers at the iconic Yas Island – which was recently announced as the host venue for ITU World Triathlon Abu Dhabi 2018.

“The introduction of a para wave into the ITU World Triathlon Abu Dhabi is huge step in the right direction for the event. As the global WTS season-opener, Abu Dhabi is setting a precedent for other races to include dedicated para waves and make triathlon accessible to all,” said Great Britain’s Andy Lewis. “I’ve heard that the course on Yas Island is one-of-a-kind, and I’m looking forward to coming to the Middle East to be part of what I’m sure will be a fantastic occasion.”

Following a motorcycle accident at the age of 16-years-old, which resulted in a leg amputation, Andy’s remarkable journey has seen him compete across the globe and become one of the most decorated Paralympic triathletes in the world. His love for triathlon came from watching the London 2012 Paralympics, were he was inspired by those competing. He is now part of the Great Britain World Class Performance Program and continues to compete at the highest level.

Fellow Paralympian, Mohamed Lahna was born with a PFFD birth defect that severely affected his right leg. Fitted with a prosthesis at the age of 20, the Moroccan was determined to compete at the highest level of para sports and at the age of 27, competed in his first marathon. He now has sites set firmly on competing at the Tokyo 2020 Olympics and going for gold in the Paratriathlon.

“Growing up, I could never have imagined achieving what I have.” commented Mohamed Lahna, “But at 20 years old, the world of sport presented itself to me and I never looked back. I hope that with the introduction of para waves at this year’s event in Abu Dhabi, people from across the region and worldside will see that triathlon can be a gate way to a healthier and more active lifestyle, and who knows, maybe even a future career in sport.”

“I attended the ITU World Triathlon Abu Dhabi 2017 as a spectator – it’s a really unique event so I was delighted to hear that I would have the chance to compete in 2018! I’m especially excited to go up against Andy again following our Rio showdown –hopefully our performance will inspire other para-athletes to give triathlon a go!” he added.

Joining the Paralympians will be Team Angel Wolf from the UAE. The team, who have become synonymous with sports events in the region, will be represented by Dad, Nick Watson and his son, Rio, who suffers from a rare chromosome disorder called ‘1q44 deletion denovo syndrome’, causing seizures, severe learning disabilities, motor skills disabilities and sensory integration dysfunction. As a family, Team Angel Wolf compete in a range of sporting events, but always including Rio despite his disabilities. This will be the team’s first appearance at the ITU World Triathlon Abu Dhabi, and is guaranteed to inspire the world’s onlookers as they cross the finish line in Abu Dhabi next March.

PTWC/PTHC: This category includes athletes who predominantly use a wheelchair for their daily ambulation. This includes athletes with comparable activity limitation and an impairment of, but not limited to: muscle power, limb deficiency, hypertonia, ataxia, and athetosis. Severe cerebral palsy athletes will use a recumbent hand-cycle on the bike course and a racing wheelchair on the run segment. It is divided into two subclasses, H1 which is the most impaired and H2 being the least impaired.

PST2: This category includes athletes with comparable activity limitation and an impairment of, but not limited to, limb deficiency, hypertonia, ataxia and or athetosis, impaired muscle power or range of movement. Common health conditions could include a complete brachial plexus, above elbow amputee, double below knee amputee or severe cerebral palsy. In both bike and run segments, amputee athletes may use approved prosthesis or other supportive devices.

PST3: Common health conditions could include partial brachial plexus, moderate multiple limb impairments or moderate cerebral palsy. In both bike and run segments, the athlete may use approved prosthesis or other supportive devices.

PST4: Common health conditions could include a below knee amputee, below elbow amputee and mild cerebral palsy. In both bike and run segments, the athlete may use approved prosthesis or other supportive devices.

PST5: Common health conditions could include a below knee amputee, below elbow amputee and mild cerebral palsy. In both bike and run segments, the athlete may use approved prosthesis or other supportive devices

PTVI: This category includes athletes with total or Partial Visual Impairment (IBSA/IPC defined subclasses B1, B2, and B3): To be eligible, athletes must meet the criteria outlined below. One guide is mandatory throughout the race and each competitor must ride a tandem during the bike segment.

Tackling the same course as the age-groupers, para-triathletes will start their journey in the waters of Yas Marina, before taking to the track of Yas Marina Circuit, the host of the Formula 1TM Etihad Airways Abu Dhabi Grand. The route will take competitors past likes of Yas Links Golf Course, voted the ‘best golf course in the Middle East’; Ferrari World, the home of the world’s fastest rollercoaster; and Yas Mall, Abu Dhabi’s largest retail experience. The culmination of the race will see competitors cross the finish line on the famous ITU blue carpet on Yas Marina Circuit’s helipad.

Abu Dhabi has become the leading regional hub for triathlon, with over 4,000 triathletes, including 120 of the world’s best elites and 500 juniors expected to take to take part in the 2018 event.

Abu Dhabi Sports Council (ADSC), host partner for the fourth consecutive year, is continuing to help build the profile of the sport, with the vision of making ITU World Triathlon Abu Dhabi one of the top five cities on the ITU calendar by participation by 2019 and a host of the ITU World Triathlon Grand Final.

“Abu Dhabi strives to deliver world-class sporting events which are accessible to all. The inclusion of the para-wave at the 2018 ITU World Triathlon is another step toward that vision. Our hope is that by opening dedicated para-athlete waves, we will encourage and inspire people of determination from across the UAE to get active, take up sport and live a healthier lifestyle,” commented His Excellency Aref Al Awani, General Secretary of the Abu Dhabi Sports Council. “I look forward to seeing all participants complete next spring, especially the para-athletes, for what will be a momentous occasion.”

International triathletes and para-triathletes can now take advantage of travel packages, which include a choice of outstanding hotels located on Yas Island with access to state of the art training facilities, restaurants, entertainment and shopping.

Online registrations for the ITU World Triathlon Abu Dhabi 2018 are now open to the public via the race website, AbuDhabi.Triathlon.org/Enter. Prices starting from just AED 450 for adults and AED 60 for children. 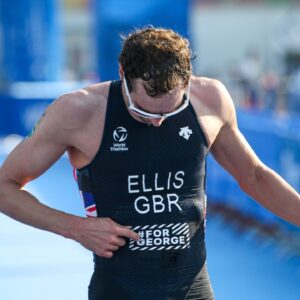 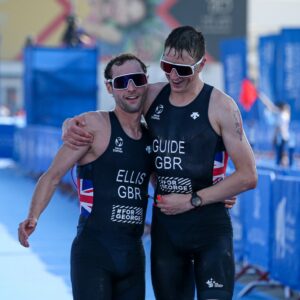 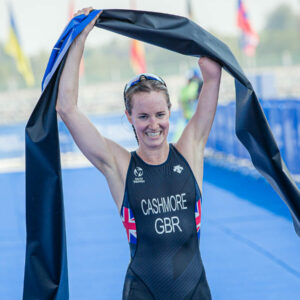 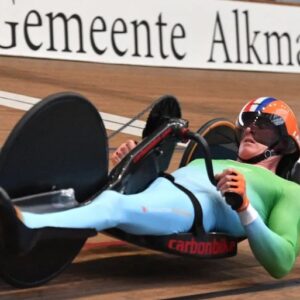