The 2018 World Triathlon Series Abu Dhabi is expecting to welcome around 4000 Age-Group athletes to join the world’s best triathlon from 2-3 March 2018.

Abu Dhabi set to host over 4,000 triathletes on one of the most unique triathlon courses in the world

Abu Dhabi, United Arab Emirates. Sunday 12 November 2017: Organisers of the ITU World Triathlon Abu Dhabi, the pinnacle of world triathlon and the largest triathlon in the Middle East, have announced that the ITU season opener will return to Yas Island. The one-of-a-kind location made its first appearance at the ITU World Triathlon Abu Dhabi 2017 and, will once again host triathletes from across the globe on 2-3 March 2018.

A mixture of elite, amateur (age-grouper) and junior triathletes will race across the picturesque island, taking in some of the most spectacular landmarks in the UAE. The age-grouper course will see triathletes swim in the waters of Yas Marina, before taking to the tracks of Yas Marina Circuit, the host of the Formula 1TM Etihad Airways Abu Dhabi Grand. The iconic bike course then takes competitors onto the streets of Yas Island, cycling past the likes of Yas Links Golf Course, voted the ‘best golf course in the Middle East’; Ferrari World, the home of the world’s fastest rollercoaster; and Yas Mall, Abu Dhabi’s largest retail experience. For the final showpiece, competitors will cross the finish line on the famous ITU blue carpet on Yas Marina Circuit’s helipad.

The elite race, broadcast to a global TV audience of over 18 million viewers, will see 120 of the world’s best triathletes dive into a 750 swim in Yas Marina, before taking on a fast and furious 20km bike and 5km run, contained within the chicanes of Yas Marina Circuit.

Abu Dhabi has become the leading regional hub for triathlon, with over 4,000 triathletes, including 120 of the world’s best elites and 500 juniors expected to take to take part in the 2018 event. 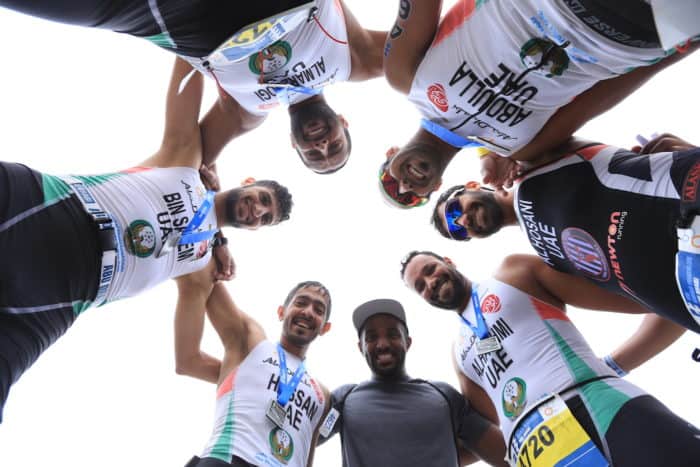 Abu Dhabi Sports Council (ADSC), host partner for the fourth consecutive year, is continuing to help build the profile of the sport, with the vision of making ITU World Triathlon Abu Dhabi one of the top five cities on the ITU calendar by participation by 2019 and a host of the ITU World Triathlon Grand Final.

“The decision to return to Yas Island for a second year was a very easy one.” said His Excellency Aref Al Awani, General Secretary, ADSC. “The course is truly one of the most unique on the ITU World Triathlon Series calendar and passes some of the most stunning architecture and landmarks in the Middle East. Last year’s event was a marvellous occasion, enjoyed by participants and spectators alike. We look forward to hosting another successful event in 2018.” 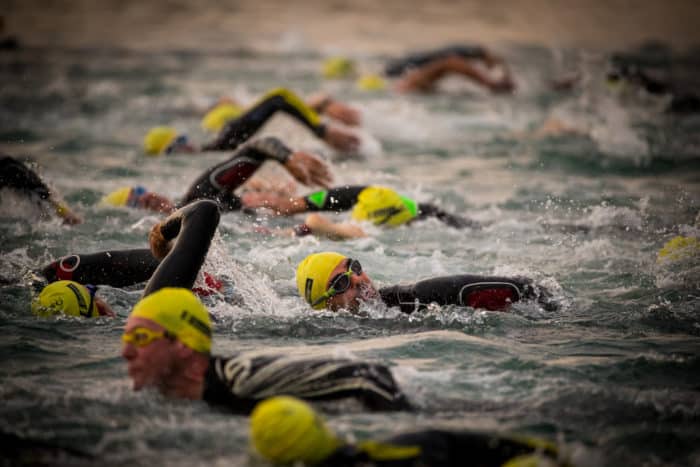 Mohamed Abdalla Al Zaabi, CEO, Miral, Yas Island’s destination management company said; “We are delighted to continue our relationship with the ITU World Triathlon Abu Dhabi by hosting the 2018 and 2019 events on Yas Island, which is increasingly recognised as a global destination for entertainment, leisure and first-class sporting events.”

“Just seven minutes from Abu Dhabi International Airport and easily accessible to international visitors through connections to 100 countries, Yas Island offers exhilarating and immersive experiences with unique opportunities to dine, shop, stay and play, as well as providing triathletes with the best infrastructure, winter climate and stunning surroundings that make it a perfect venue for training, competition and relaxation. We can’t wait to see the world’s best compete for a second year running.” 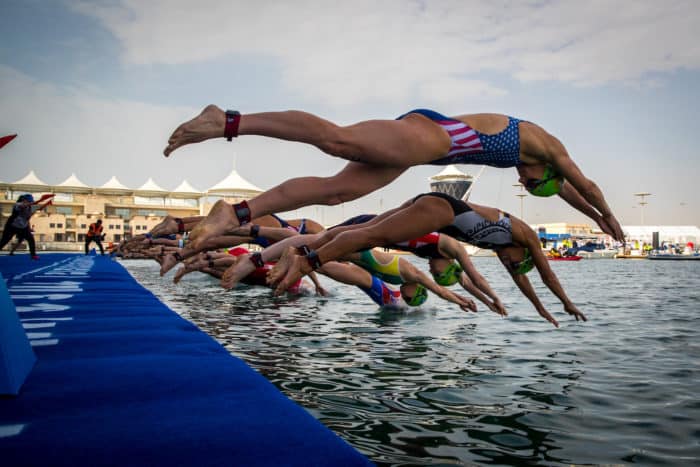 Yas Island boasts a series of spectacular attractions, plus pristine beaches and some of the most eye-catching sights in all of Abu Dhabi. The popularity of last year’s triathlon prompted the return to Yas Island and it is expected that there will be a further increase in the number of local participants signing up to compete. With the chance to race on the same course and rub shoulders with Olympic medallists and World Champions, competitors are assured an unforgettable experience. The event is also perfect for spectators, with plenty of vantage points and viewing spots to cheer on your favourite elites, family and friends.

“The ITU World Triathlon Abu Dhabi is one of the most entertaining on the global triathlon calendar. The location, the atmosphere and the enthusiasm from all involved makes for a truly special event,” said Race Director, Gary Marescia. “We have made some key changes to this year’s course, most notably the ‘Sprint’ course which is much more first-timer-friendly, as we look to encourage more people to give it a ‘tri’. That’s not to say that there isn’t a challenge in store for the seasoned triathletes – in fact, we have introduced the brand new ‘Middle’ distance, for those looking for a long-distance adrenalin hit!” 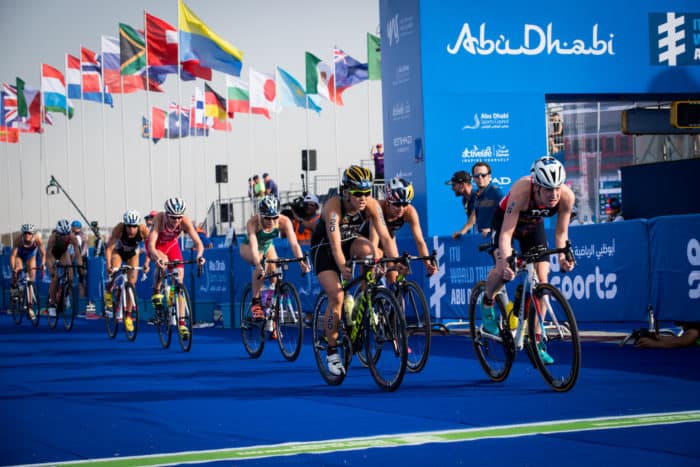 Age group participants will be able to choose from three course types, all ranging in distance. The variety of courses provides a distance to suite all levels of competitors, whilst giving all the chance to race alongside the world’s best elite triathletes. The three distances available to age groupers are:

The ITU World triathlon Abu Dhabi 2018 will also see the return of the Junior Triathlon – a fun event aimed at encouraging youngsters to get active – which hosts race categories for children aged 5 – 15 years old. For juniors looking to take on a triathlon, there are four entry categories for the 2018 edition:

For international triathletes, organisers have created travel packages which include a choice of outstanding hotels located on Yas Island, which include access to state of the art training facilities, restaurants, entertainment and shopping.

Online registrations for the ITU World Triathlon Abu Dhabi 2018 are now open to the public via the race website, AbuDhabi.Triathlon.org/Enter. Prices starting from just AED 450 for adults and AED 60 for children. 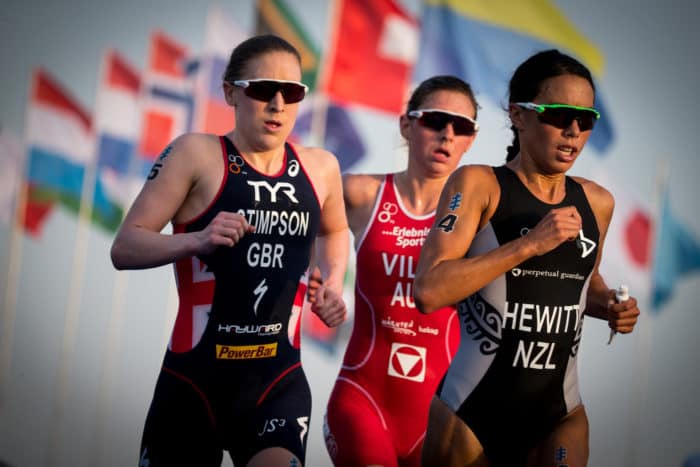