The week’s TRI247 Winter Series group workout on Zwift will be lead by IRONMAN Champion and über-swimmer, Harry Wiltshire.

Seemingly a veteran of the UK triathlon scene, Harry won the World University Triathlon Championships back in 2006 and has raced in many ETU European Cup, ITU World Cup and ITU World Triathlon Series.

In 2012, Harry turned his attentions to the longer distance – winning the Outlaw Triathlon that year – and in 2016 he won both IRONMAN Vichy and IRONMAN 70.3 Weymouth.

In October 2017, Harry had his best performance yet at the IRONMAN World Championship in Hawaii. Finishing 21st, his 8:35:41 time made him the third fastest British athlete ever in Kona, behind David McNamee and Tom Lowe.

Not only that – he’s also a qualified Barrister!

Here are the details on Harry’s ‘Grim Reaper’ workout: 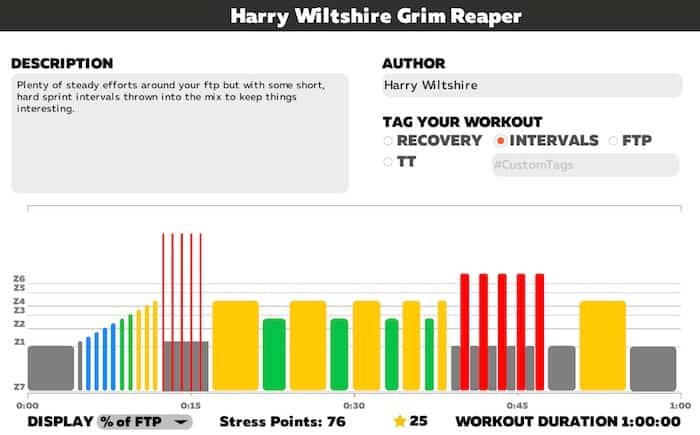 (As with our other events to date (Lucy Charles | Lucy Gossage | Lionel Sanders | Joe Skipper | John Levison | Ruth Purbrook | Tim Don | Reece Barclay), we will publish the Zwift Custom Workout file from the session after the event, so that you can also do the session in your own time.

The workout will begin promptly at 7.00pm UK time, Wednesday 14th February 2018. It is worth logging in 10 or 15 minutes before the session to make sure you are set up and ready to go, where you will be able to warm up in the virtual ‘holding pen’.

Look for the TRI247 Winter Series event in the list on the right of the screen once you have paired your sensors. Click to JOIN and you will be taken to the start line ready to begin the workout.

Make sure you have set your FTP level correctly before you join the workout as all the intervals are based on a percentage of FTP so it is important to get that right. If in doubt, dial the FTP number down 10 or 20 watts as it is better to finish the session than to feel like it is too challenging.

If you have never used Zwift before but don’t want to miss out, head to the Zwift support page for tips on how to get the most out of your setup.

The cool thing about a group workout on Zwift is that varying levels of ability can ride together in a group and all finish the session together having done the same relative effort, even if the actual watts are significantly different. It is not a race, but a shared goal to get a good session in the training log. 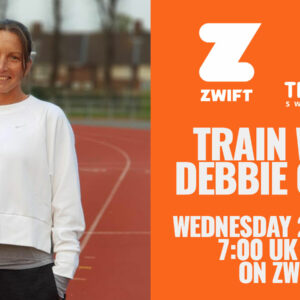 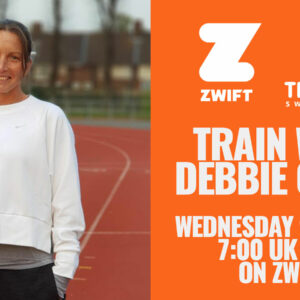