Where did all those years go?!

How time flies? It doesn’t quite feel like yesterday… but it certainly doesn’t feel like eight and half years (!) since the new iron-distance triathlon from East Midlands based organisers, One Step Beyond (now OSB Events), was named as the Outlaw Triathlon.

That first event, held in 2010, saw 714 individual and relay entries cross the finish line next to the National Water Sports Centre, Holme Pierrepont, to the now familiar call of, “You are an Outlaw!”. Over 1,000 athletes achieved that feat in 2017. 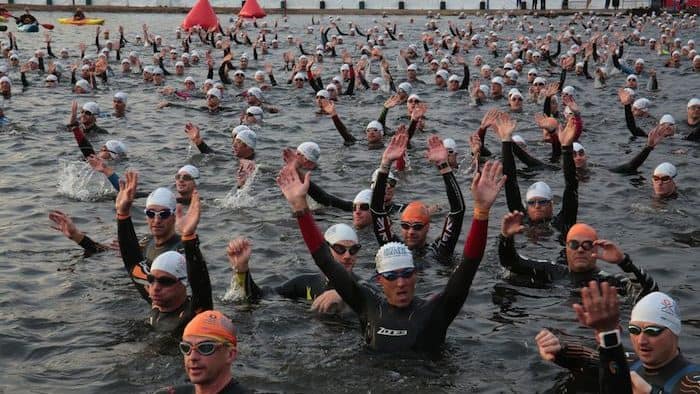 Achieving success in a challenging environment

In an events market – especially over the traditional ‘full’ distance – that is dominated by IRONMAN™, simply getting the event off the ground was a remarkable feat of planning and execution and that has been built on for the past eight years. Sunday 29th July 2018 will see the ninth edition of an event that has continued to gain popularity and awards – and even created it’s own ‘brand’, with the expansion of the Outlaw Half events in Nottingham, Holkham and (soon to be announced), ‘the South‘.

It’s presence on the summer schedule in the UK shouldn’t be under-estimated; I vividly remember chatting to OSB Founder and Director, Iain Hamilton, who told me that the planning required to add the Outlaw Triathlon had required more than double the amount of work and effort than their rest of their existing portfolio combined. 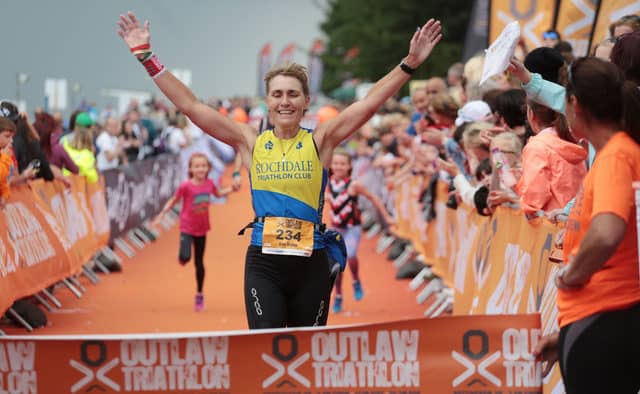 For some, the Outlaw Triathlon ‘bug’ took hold right from year one. There are SEVEN athletes who have finished all of the eight Outlaw events to date:

If that is not commitment enough, three of those – Gary, David and Graham – have also done all of the Outlaw Half events in Nottingham and Holkham too!

Advice – from those who have raced it the most…

Racing for the eighth time in 2017, David Manning-Ohren produced an Outlaw PB time by 20 minutes, finished in 11:42:33. A few of his tips for conquering the Outlaw:

There are many great things about the Outlaw; friendly, fast course, great venue. The volunteers are all encouraging and it is a very inclusive event. There is no snobbery about it and although there are some very elite athletes taking part, there are also some very novice ones, and we need the newcomers at these events.

The final “all Outlaws” finisher, Graham Yare, finished in 13:19:10 in 2017 and had a tried and tested approach to enjoying his Outlaw experience every July:

I do love every year as we make a long weekend of it and spend time with family and friends on the campsite.

That campsite is directly opposite the venue, which makes things very simple if pitching up under canvass is your thing. Full details here: https://www.nwscnotts.com/nwsc/camping-pitches

Pic of @UltraOutlaw at Outlaw17, his 8th Outlaw in a row. One of only 6 guys who have done it every year! pic.twitter.com/jZgxaN4iPV

As noted above, the Outlaw has become closely linked with its inclusive nature, excellent organisation, friendly volunteers and (potentially), fast course. The Holme Pierrepont venue at the National Water Sports Centre also makes the event administratively straightforward, with Swim / T1 / T2 / finish / Registration / Expo and more all co-located next to the Regatta lake. Having been to many events with split transitions over the years, that is a huge asset in reducing pre-event stress.

It has also seen some quality performances at the sharp end of the field over the years too:

Interesting facts about those champions…

Entries are still open (HERE) for the 2018 race, which takes place on Sunday 29th July 2018. You can enter both individual and relay teams – and as announced recently, you can even pay in instalments to ease the financial burden too.

If long distance racing is on your schedule for the season ahead, but you’ve yet to choose a race, the Outlaw Triathlon has proved its self worthy of your consideration over its history. Long may it continue as an important part of the British triathlon racing scene.