Drake and Fullen are the top Age-Group Brits in Barcelona

There were also some very impressive performances from the Great Britain and Ireland Age-Groupers in Calella, with a total of six podium position achieved – all listed below.

Fastest British AG athlete was Robert Drake, who won the 30-34 division in 8:39:17. That made him the third fastest AG athlete across all divisions. As debut’s go, that is rather impressive…

The other British AG winner in Barcelona – and also the fastest British female AG athlete – was the amazing Gill Fullen. Overall winner of the Outlaw Triathlon in July, Gill continues to amaze, and went a few seconds faster in Barcelona to set a new PB time. You’ve probably read it by now, but if not, you REALLY need to read this interview to understand just what an inspiration – and simply amazing athlete – Gill is, and has been for many years now.

Gill Fullen pulls off another result @IronBarca crossing the line 18th overall and 1st in her AG in 9.43 , what a season Gill well done pic.twitter.com/nnxFwN1CSB

“So I guess it’s another trip to Hawaii next year. Gulp!” 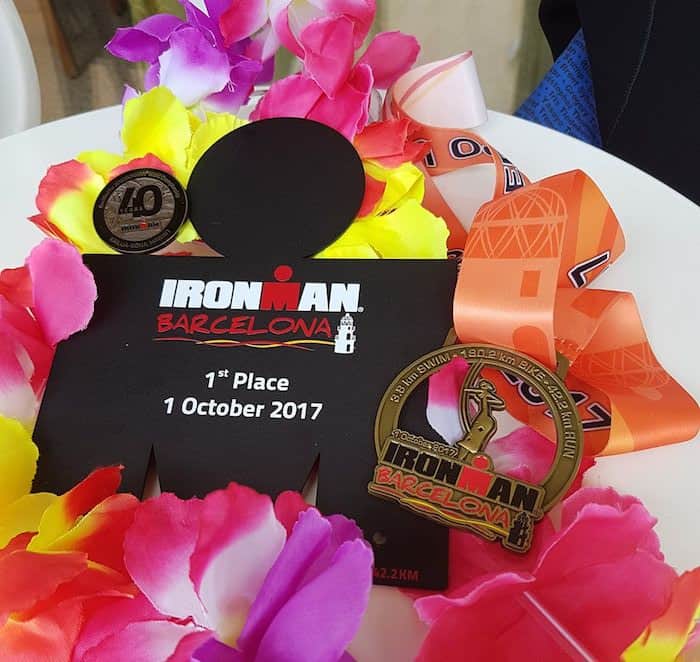