A new initiative, Team Sponge Triathlon Charity Race Team is announced. What is it, and how can you race for them? Find out here…

WINNING FEELS GOOD. PASS IT ON.

Debuting the unique aim to ‘tri-harder’ for charity, the new Sponge triathlon race team – Team Sponge – is formed of eight marketing-savvy, high-performance athletes, all with the fierce mentality to do good both on and off the course.

#TRIFORGOOD is the bold signature line sheltering the team’s ambition and marrying together two firm elements that Team Sponge instills in order to encompass both the physical and charitable aspect of competing on the world triathlon stage.

The squad, headed by Ironman Age Group World Champion Jane Hansom, aims to promote and elevate triathlon in the world of sport. In doing so, the dedicated team will not only encourage and inspire more people to take up a sport, but also to show and strengthen support for the para-triathlon community. The exceptional athletes will collectively back five sporting charities and raise money for each one throughout the year. Not only will this result in raising awareness of the sport, but it will also bring attention to the chosen worthy sporting charities that would perhaps otherwise be overlooked.

The charities selected will build the profile for amateur sport and inspire people to get involved and support sport at a community level. The chosen organisations will fall under three categories:

Each one of the eight members selected to wear the team colours and support, fundraise and campaign for worthy charities must:

Hansom, whose vision for the team is to showcase triathlon as a friendly and accessible sport for all levels as well as raise money grassroots sport charities, says of the squad, “We want to demonstrate the overall power of sport as a force of good and encourage participation in triathlon for all ages.”

The amateur team has secured the sponsorship from top brands such as Cervélo, Craft, Huub, On Running, Superfeet, CurraNZ and Kitbrix, all of which agree wholeheartedly with the squad’s charitable vision. 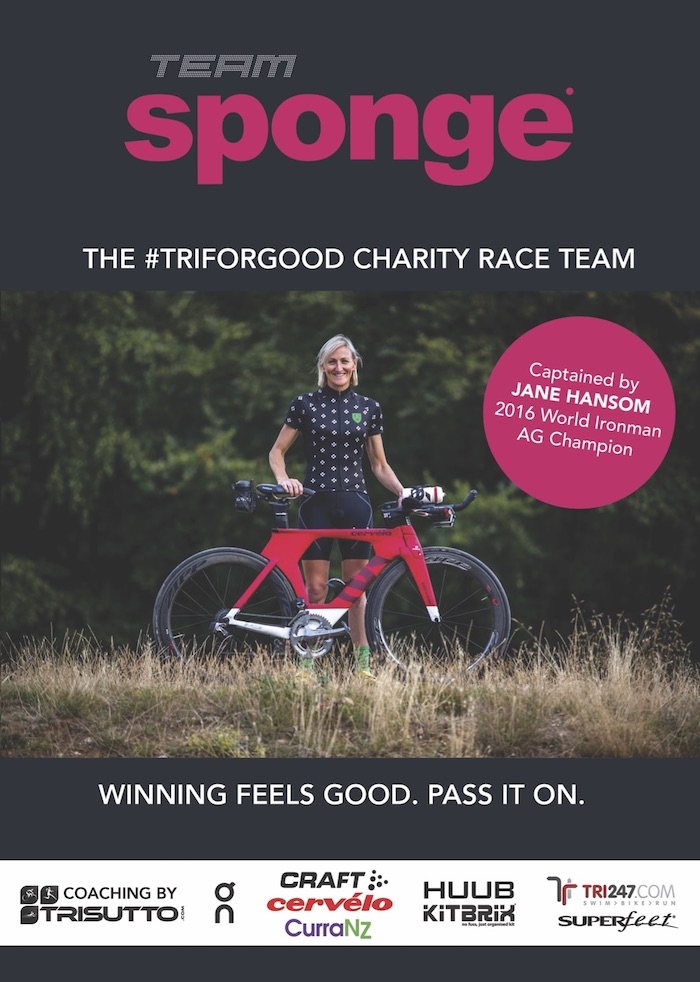