As they have done for several years, the races are ‘single gender’ in terms of Pro races, with this years rotation meaning that Kalmar is the women’s Pro race, with Copenhagen for the men. $40,000 on offer at both races, means a good pay day is on offer for the winners too.

Without doubt, this is one of the best races in the world. I’ve been out to Kalmar twice myself and been remarkably impressed on both visits. If you’ve not watch the 2017 roundup video, you really should. 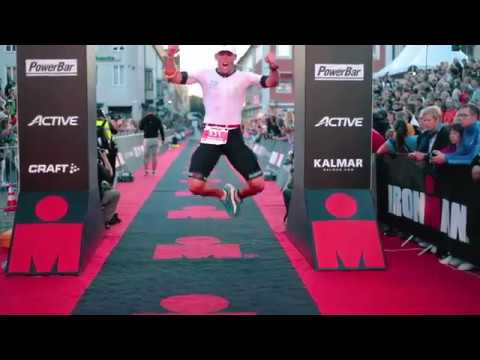 Great Britain’s über-biker Kimberley Morrison (now reunited with the bike she lost en-route to Challenge Prague), will as always be looking to build herself a significant lead by T2. Having ridden 20:59 for 10-miles last week, ‘speed’ won’t be an issue for her.

@TriathlonKim and @ClaireSSTri both looking in great shape… cruising in Kalmar. I on the other hand was chewing stem to stay with them 😂 pic.twitter.com/mdMm7wjSVE

This time last year Corinne Abraham finished second at IRONMAN Copenhagen, and so will hope to step up one place this year in Sweden. Having already won IRONMAN France in course record time this year (and Challenge Lisboa).

Neither Abraham or Morrison are currently qualified for the IRONMAN World Championship, though a strong result in Sweden would – should they want it – but them into a strong position for the final round of Kona slot allocations. As far as we understand, Kona is not a target this year for Morrison, and she is “all in” for Kalmar.

The return of Tim Don continues on Sunday at IRONMAN Copenhagen – in truth, probably a race he wishes is didn’t have to do.

Of course, he doesn’t have to race, but after finishing ninth at the duathlon-adjusted IRONMAN Hamburg, his goal this year is to get back to Kona after his horrific pre-event crash last year (all summarised by the now famous ‘Man with the Halo‘ film), and he is currently short of the points required (check out Thorsten Radde’s summary on that HERE). Thorsten’s forecast is that, perhaps, seventh (or better) might be enough.

After an impressive comeback win for Tim at IRONMAN 70.3 Costa Rica, I don’t think there is anyone in the sport that doesn’t want him to tick the Kona box this weekend. There are though perhaps plenty more thinking that (indirectly) being forced into this schedule and taking account of what he has been through already simply to recover, it’s certainly not the optimal schedule for an athlete that broke his neck in October last year.