A very strong British contingent will be racing in Mooloolaba, Australia on Sunday in the first ITU Triathlon World Cup event of 2020

Given the news reported elsewhere on the site today, it is a rare pleasure to be looking forward to an international event that is not postponed.

Saturday’s Mooloolaba ITU Triathlon World Cup in Australia will feature a strong British line-up, in what is a deep field for a World Cup race (the second tier of ITU racing, below the World Triathlon Series). That said, there is still $60,000 to be raced for, along with Olympic qualification point for some. With Abu Dhabi already cancelled and events elsewhere being postponed daily, the chance to race is one that athletes will want to take.

The full British entry is:

You can watch the races live through the (subscription service) of TriathlonLive.tv – provided you want a very early start.

Courtesy of the ITU Media team, here is a look ahead to the event

Mooloolaba to raise the flag and open the World Triathlon season

Following the postponement of WTS Abu Dhabi and with Tokyo 2020 Olympic qualification points on the line, the season will get underway in Mooloolaba, Australia, in the Mooloolaba ITU Triathlon World Cup on Saturday 14 March.

Located on the famous Sunshine Coast, Mooloolaba will play host to an elite field of men and women, stacked with Olympians, Commonwealth Games representatives, experienced and emerging athletes on the circuit, as it serves up the first fix of World Triathlon race action.

On Saturday 14 March the elite women’s race will commence at 1300 (local time, Queensland, Australia) and the elite men will launch at 1530 (local time). Follow the athletes and races on TriathlonLIVE.tv.

Leading the elite women onto the start line on Saturday will be the GBR stars of triathlon featuring Georgia Taylor-Brown, Jessica Learmonth and 2018 ITU World Triathlon Champion Vicky Holland and making their way onto the beach in that order. Learmonth claimed the silver medal overall in the 2019 World Triathlon Series while compatriot Taylor-Brown earned the bronze medal overall. The British triathlon team have been based on the Gold Coast, Queensland, at a training camp since January. 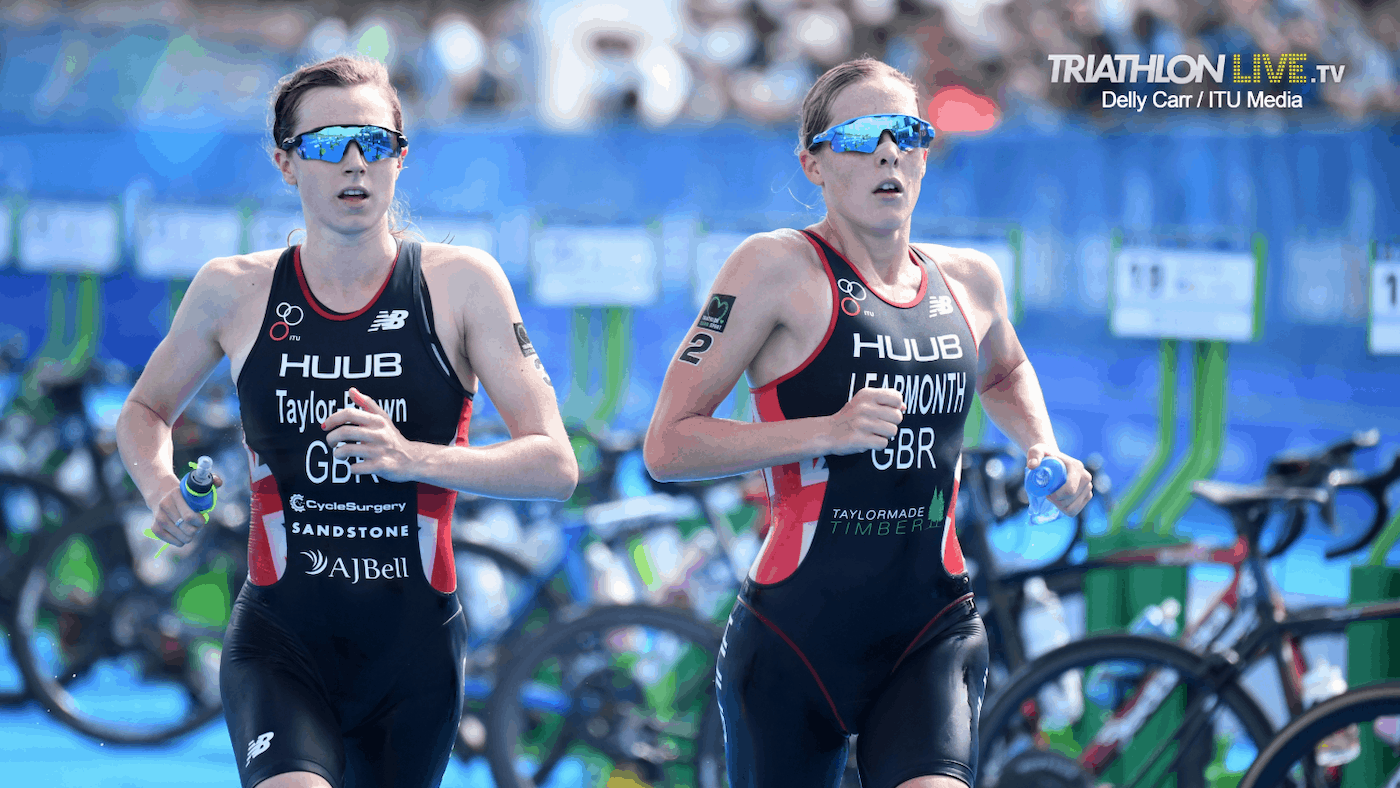 Australian Olympian Ashleigh Gentle returns to defend the title, and perform in front of a home crowd, after winning the World Cup in Mooloolaba in 2019. Gentle has enjoyed a consistent training block in Queensland in 2020 so far.

“I’m really enjoying 2020 so far. I have been based at home in Brisbane and I’ve had a really consistent summer of training. I feel as though I’m creating a solid foundation before a big year ahead.

“It’s my first race of the season, and I will be using it to see how some things have progressed in the off season. It’s a fairly low pressure race but a great chance to see where I am at and enjoy racing at home.

“An Olympic year is very exciting, but it can also be overwhelming. I plan to just focus on myself and what I need to do to be a better athlete, and I know I’ll enjoy myself on the race course,” said Gentle.

2020 Olympic hopeful Kirsten Kasper from the USA and compatriot Renee Tomlin will be ones to watch among the highly competitive field of women. Kasper claimed the bronze medal in Mooloolaba in 2016, silver in 2018 and is looking to do one better and climb on the top step come Saturday.

Tomlin returns to Mooloolaba to race after being awarded the silver medal in 2019, behind Australian favourite Gentle. New Zealand’s Andrea Hewitt will resume her fourth Olympic campaign, ahead of the 2020 Tokyo 2020 OIympic Games, as she brings a wealth of World Triathlon experience into the Mooloolaba mix. 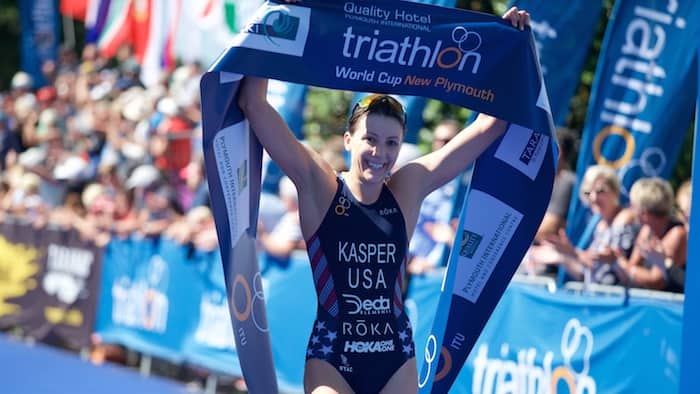 “I keep coming back because it’s a great race. Starting my season in Mooloolaba and I am really excited. I am starting the season healthy, I am definitely ready to go. My first time competing in Mooloolaba was 2016 and I got third and then competed in 2018 and got second so I am hoping for the win this time, I want to get on that top step. It’s a very competitive field this year so I just have to go out there and do my thing, swim, bike, run and do my best.

“It’s a very big year for us with Tokyo coming up and trying to get points and qualify for an Olympic team. It’s important and it’s a great place to start here.

“Mooloolaba is always exciting because we have the surf, the ocean swim is a new element for us and you never know what’s going to happen,” said Kasper.

New Zealand’s Nicole Van Der Kaay will be a favourite in Mooloolaba after her 2019 season came to an early and unfortunate end due to injury, forcing her to withdraw from the Olympic Qualification Event and ITU Grand Final in Lausanne. The young New Zealander is free from injury and ready to battle across the firing sprint distance race format. 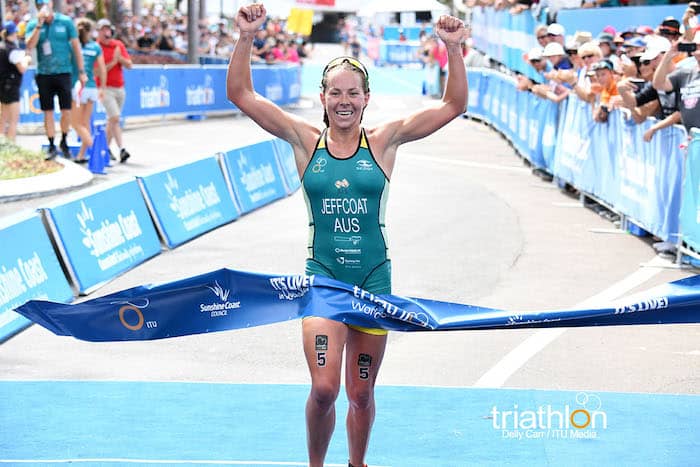 “My 2020 has got off to a terrific start, I couldn’t be happier with how my training is going with my new coach In Australian Elite coach Danielle Stefano and the Elotik Elite Triathlon Squad here. Now based in Melbourne with great training facilities at my fingertips, I’m thoroughly enjoying the process of building back to race fitness ahead of a big 2020!

“Mooloolaba World Cup is the first on the 2020 season calendar which is exciting in such a big Olympic year and Mooloolaba being one of my favourite races, I’m working hard to have a good race,” said Jeffcoat from Australia.

New Zealand’s rising star and Olympic hopeful Hayden Wilde is set to headline the 2020 Mooloolaba ITU Triathlon World Cup. Fellow New Zealander and training partner Sam Ward will be next in line and has arrived in Mooloolaba after a strong pre-season build in the North Island of New Zealand with the high performance triathlon team.

“Absolutely stoked to be in Mooloolaba and finally get to start the season here. I didn’t race last year but raced the year before that and had a cheeky breakaway so we will see what happens on Saturday and looking forward to racing on the coast.

“One of the aspects I like about this race is the surf swim, it goes into the favour of the Kiwis and the Aussies, just because we all live near the beach and it gets pretty hectic out there, especially if there is good surf coming in.

“Mooloolaba is quite well known for its over the hill and back again and that’s always a tough course on the bike and also on the run. Hopefully I can have some home support coming from NZ as family and friends are coming over from home. It’s always nice to race in Oceania, close to him,” said Wilde.

Alex Yee, representing team GBR, will be the young man to keep in front of on race day. Yee’s dominant and impressive run split could turn the race upside down if he is able to breakaway and set up the performance. 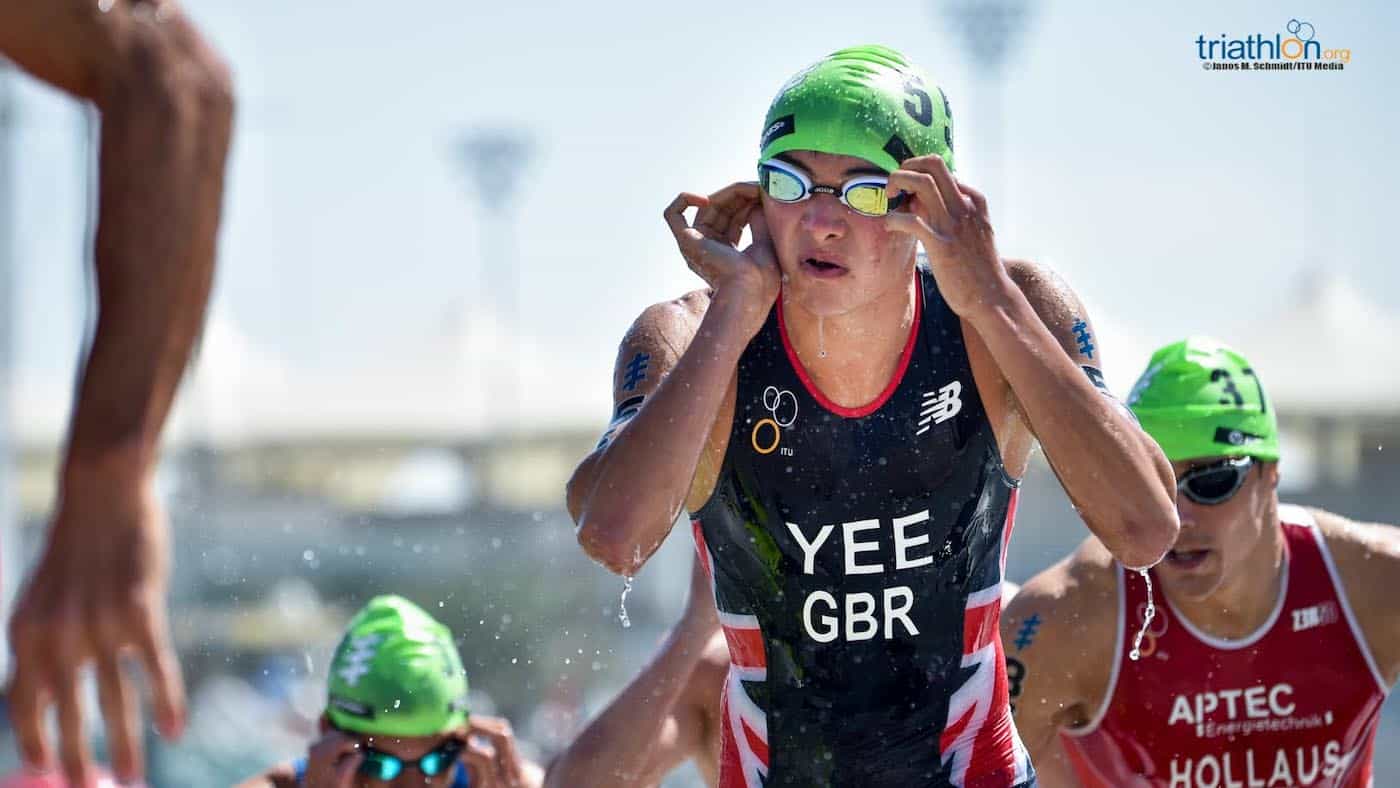 Australia’s Commonwealth Games representative Luke Willian and 2019 Mooloolaba World Cup bronze medallist Brandon Copeland will be on the hunt for a strong start to the season with the Tokyo 2020 Olympic Games as the ultimate focus. Australian Olympian Ryan Bailie resumes his campaign in Mooloolaba and will be looking to perform in front of a home crowd on Saturday.

Olympian from New Zealand Ryan Sissons, Israel’s Ran Sagiv and Rostislav Pevtsov from Azerbaijan will be looking for an early lead to stick with the front runners in Mooloolaba.

“My 2020 preparation has gone really well! Our training group, the Gold Coast performance centre (GCPC) Under coach Dan Atkins have all put in a great pre season with a key 2.5 week training camp in Lennox Head. Everything has gone according to plan so far and I’m looking forward to testing my fitness in the upcoming races.”

“Mooloolaba World Cup is always a key event for me. It’s such a great atmosphere and it’s very rare to have such a high level event so close to home so I always try and take it to another level in front of my friends and family. Mooloolaba will be my second race of the season and I’m hoping to start the year with a bang with some strong front end results,” said Australia’s Copeland.

“2020 for myself is about developing into a legitimate elite athlete. To me this means being able to perform consistently and replicate podium performances throughout the season. This will be my first year as an elite so I want to be a consistent contender across the World Cup calendar,” the young gun Australian added. 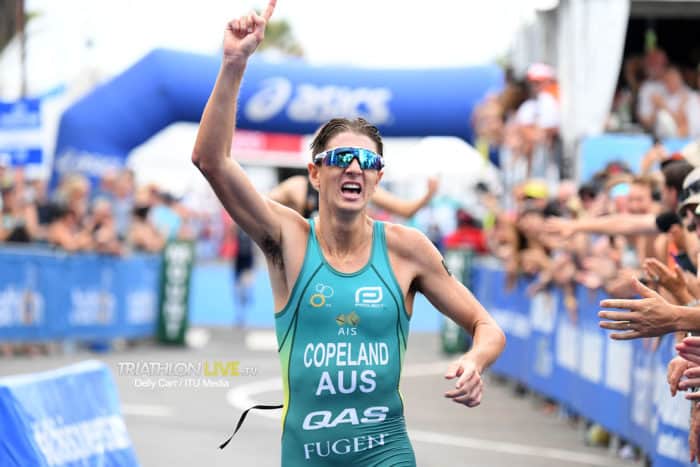 Kevin McDowell from team USA, who trains under the guidance of coach Jono Hall, along with fellow training partner Matthew Sharpe from Canada will be looking to strike in the opening race of 2020 and perform under pressure.

McDowell had an outstanding season in 2019 which consisted of three World Cup podium results and will be looking for World Cup victory in Queensland.

Follow the 2020 World Triathlon season on TriathlonLIVE.tv. Watch anywhere anytime with a season pass. Elite women start in Mooloolaba at 1300 on Saturday 14 March while the elite men line up to race at 1530 (local time, Queensland, Australia). Never miss a moment!