Here is the full report courtesy of Triathlon Scotland.

We headed North to the beautiful Knockburn Sports Loch on Sunday for the penultimate event of the 2018 Scottish National Championship series. Reigning champions Debbie Greig and Douglas Roberts were not on the start line this year, clearing the way for new champions.

The 1500m swim consisted of two 750m laps of the man-made loch, with all competitors racing in a single wave start. Junior Luke Williams exited the swim in first place, with Fraser Cartmell and Ruben Villalain chasing him into transition. From transition, it was onto the three-lap, 40km bike course on undulating Aberdeenshire roads.

Cartmell was the first to return to transition, heading out onto the run course ahead of Bobby Oag and Luke Williams. Not far behind these three were Andy Turnbull, Nicolas Allen and Andrew Woodroffe who set out onto the hilly, two-lap course in search of the top three. Woodroffe powered up the hill and quickly moved from sixth place into fourth, chasing Williams for a spot on the Men’s overall podium.

Cartmell showed his experience with a consistent, strong race that saw him take the Championship title while Bobby Oag took the silver and Luke Williams held on for the bronze medal just 24 seconds in front of Woodroffe. 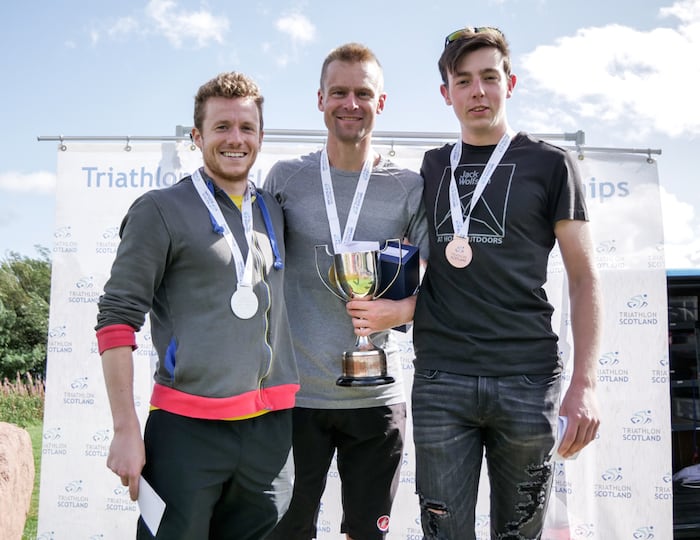 Speaking after the race, Cartmell said:

“I always love racing here, I mean it’s hilly, hilly, hilly and more hills but I really enjoyed it. It’s nice to be back and support the events here, I think it’s just great what they’ve done here with this facility, it’s just brilliant!”

In the women’s race, it was also a Junior who led out of the water with Ailsa Beck completing the 1500m swim over two minutes ahead of second place Kirsty O’Brien. O’Brien came into transition with Coralie Arthur hot on her heels, both athletes getting out onto the bike course quickly.

On the bike, O’Brien was quick to demonstrate her power, passing Beck and taking the lead, returning to transition in first place. Also on form on the bike was Anne Ewing who worked hard to reduce the deficit from her swim, successfully recording the fastest female bike leg of the day which saw her move into second place ahead of Lorna Todd and Coralie Arthur.

There wasn’t a moment of relief as athletes moved onto the run course that included an early, steep hill which set the tone for the rest of the two-lap, 10km course. O’Brien had a fantastic run, holding onto her lead and crossing the finish line as the 2018 Scottish National Standard Distance Champion! O’Brien was followed by Anne Ewing in second, Lorna Todd in third and Coralie Arthur in fourth place. 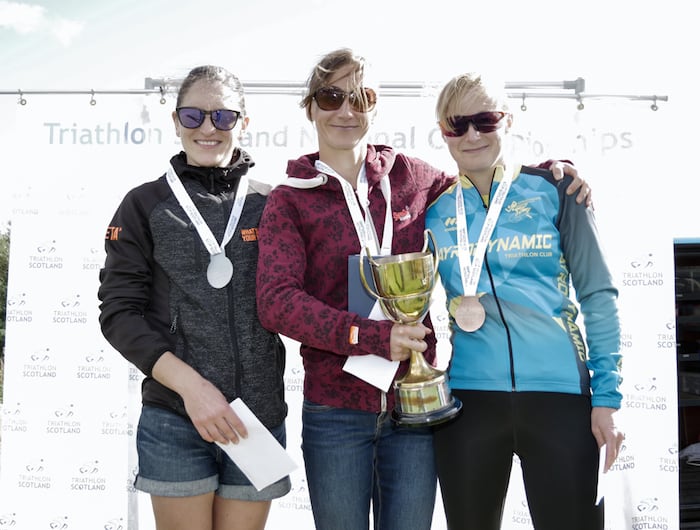 O’Brien has had a number of podium finishes this year in the Championship series but this weekends race was her first win of the season! Speaking after the race, O’Brien said:

“It was great, it’s always really hilly here, really tough but it’s such an amazing facility. I love all the Scottish races, they’re always so beautiful and scenic and it’s good, honest racing, I think that’s the best way to put it!”

A special mention should also go to Monifieth Triathlon Club’s David Stewart who selflessly stopped on the bike course to assist another competitor. Jennifer Stewart had a nasty crash out on the course and David, a doctor, sacrificed his own chance of an age group podium position to stop and help Jennifer. Thank you, David and we wish Jennifer a speedy recovery!

The next event in our Scottish National Championship series is the Cross Championships on Saturday 6 October in Oban.q 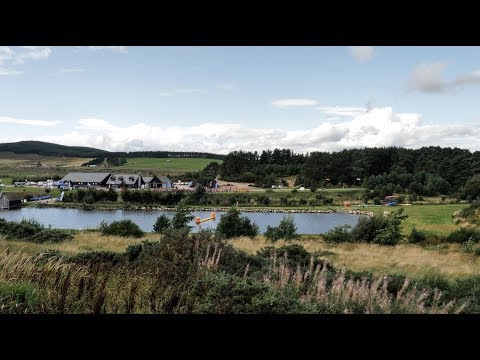 Full results can be found here.