An hour with Tim Don – what did we learn?

Most in the sport will be familiar with the crash and the subsequent broken neck that Tim suffered just days before the IRONMAN World Championship. That moment lead to almost three months of recovery in the now infamous Halo device. While the Halo has gone, there is still a long way to go until Tim is back to full fitness and health.

Last night’s session – which we called the Comeback – was for us at TRI247 and all of the riders that joined, a real celebration of Tim’s return to training and a mark of respect for the 20-plus years of contribution that Tim has made to the sport of triathlon. Huge thank you to everyone that joined us for this week’s workout, your support is greatly appreciated.

Tim’s cycling coach, Matt Bottrill, commented pre-ride how many of his other coached athletes asked to change their own training schedule to be able to join Tim on this ride. It was also the first time on the software for Matt himself, as he joined riders from around the world – including Pro Luke McKenzie, who was riding at around 4 a.m. in Australia to show his support!

With thanks to Zwift, the full session was also streamed live on Facebook, and you can watch the full replay here, featuring Tim riding in Boulder, USA.

What did we learn?

During the session, Tim was also chatting to Paul Shanley (Tri247) and Richard Melik (Zwift) in London, and here are a few insights on Tim, the sport and his thoughts on a range of subjects and athletes, that we learned along the way: 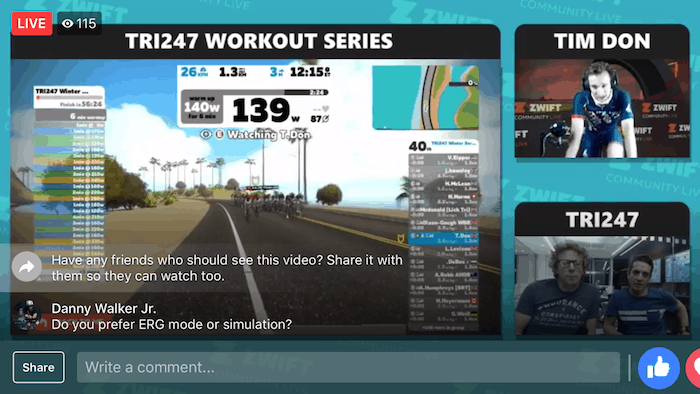 Don’t forget – you can still show your support for Tim and help towards the extensive medical costs incurred by his injuries by purchasing this bespoke cycling kit from Endura. All profits from the kit sales will go to support Tim and his family.

Full details on how to purchase the kit HERE. 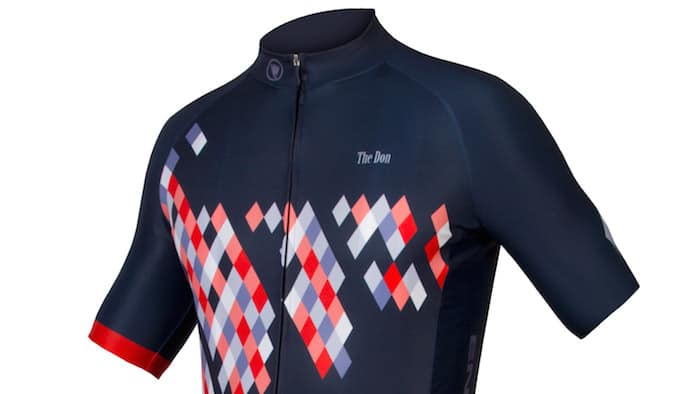