New wheels for the Brownlee brothers

Volvo Car UK, sponsors of British Triathlon, have extended their link with the sport by adding Olympic medal-winning triathletes Alistair and Jonny Brownlee as their newest ambassadors.

Here is the full news release.

Volvo Car UK has revealed Olympic medal-winning triathletes Alistair and Jonny Brownlee as its newest ambassadors, a major development in the brand’s partnership with British Triathlon. 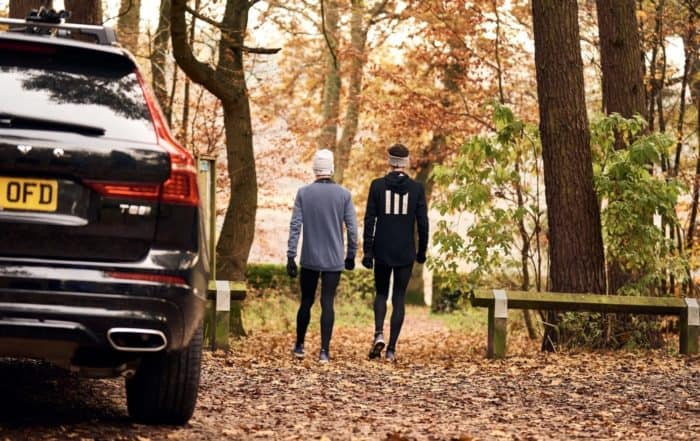 Hailing from Yorkshire, England, Alistair and Jonny are two of triathlon’s most decorated competitors, winning a combined four Olympic medals between them and remaining an ever-present force at the forefront of the sport. Both brothers are now in training for the Tokyo 2020 Olympic Games – now set to take place in 2021 following its postponement in light of the coronavirus pandemic.

Having started swimming and running at an early age, Alistair soon turned to a career in triathlon. The training environment of Yorkshire has served him well and his determination to get the most out of himself has resulted in him becoming one of the most decorated triathletes of all time.

Alistair represented Great Britain at the 2008 Summer Olympics finishing in 12th place having won the U23 World Championships earlier in the year. The following year he was unbeaten in the five races he tackled of the ITU World Triathlon Series, and in the process became the first person ever to win the men’s ITU Triathlon World Championship titles for Junior (2006), Under 23 (2008) and Elite (2009).

Since then, Alistair has gone on to secure Olympic glory with gold at both the London 2012 and Rio 2016 Olympic Games, making him the first triathlete ever to retain their Olympic title. Away from competition, Alistair is an advocate for the sport and endorsing an active lifestyle, something he champions via his role as an Active Travel Ambassador for Leeds – Alistair and Jonny’s home city.

Alistair said: “I’m excited to be working with a brand that shares my love for triathlon and endorses the benefits and enjoyment of an active lifestyle. Volvo is committed to sustainability and improved safety – these values are important to me and they are something that excites me about working with the brand.”

Following in his elder brother’s footsteps, Jonny was successful both nationally and internationally at Youth and Junior levels, the highlight of his early career being winner of the Australian Youth Olympic Festival in 2009. 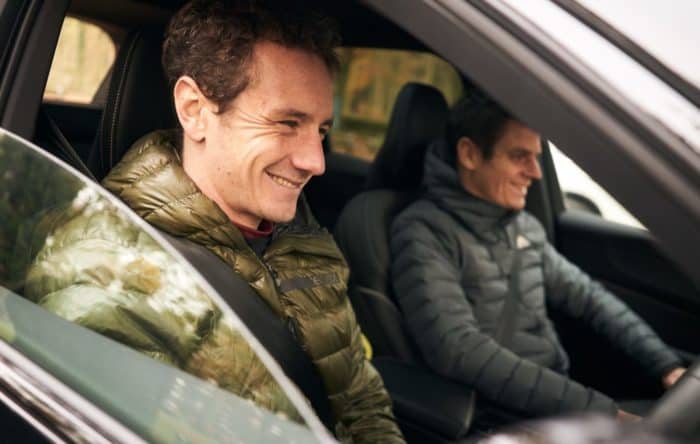 This was followed by one of the most consistent periods of racing ever seen in elite triathlon. From July 2010 through to May 2014, Jonny finished every one of his 42 races on the podium, a feat that included taking the bronze medal at London 2012 despite having incurred a 15-second penalty mid-race. He also went on to win the ITU World Championships later that year.

Two years later, Jonny was part of the gold-medal winning Great Britain Mixed Relay team at the 2014 Commonwealth Games in Glasgow, alongside Alistair, Vicky Holland and Jodie Stimpson, having already taken silver behind Alistair in the men’s individual event.

Jonny followed up on his silver medal in the Commonwealth Games with silver at Rio 2016, with a shot at gold in the offing for Tokyo 2020.

He said: “It’s great to be working alongside Volvo and its partnership with British Triathlon. Competing in a sport that features multiple disciplines means I need to be able to travel between training locations in comfort and be able to recharge for the next session.”

Kristian Elvefors, Volvo Car UK Managing Director, said: “I’m delighted to welcome Alistair and Jonny as our latest brand ambassadors. Their sporting successes continue to inspire the nation and beyond as well as provide encouragement and proof of the benefits of leading an active lifestyle. We look forward to aligning our shared core values of endorsing active lifestyles, safety and sustainability with a number of exciting projects in the future.”

Volvo became the official vehicle partner of British Triathlon in 2019, a sponsorship which reflects the common values it shares with the organisation, including care for the environment, sustainability, a sense of adventure and empowering people to enjoy active lifestyles. The Brownlee brothers join Lauren Steadman and John McAvoy, who joined the brand as ambassadors late last year.