The topsy turvy world of the 2019 ITU season continued at the AJ Bell World Triathlon Leeds as Jacob Birtwhistle secured a debut WTS win in Leeds.

The unpredictable 2019 season continues in Leeds

If you say you predicted that… you are probably contributing towards #FakeNews!

Having been up in Yorkshire over the weekend as part of the on-site commentary team for Sunday’s AJ Bell World Triathlon Leeds, there was consistent agreement about a couple of things. One – that Katie Zaferes was the standout favourite for the women’s race… and that didn’t happen. Two – that in truth, nobody could really pick a strong favourite in the men’s race. I think that race proved why.

Four races in, we’ve now had four different men’s winners (and two first time WTS champions, courtesy of Dorian Coninx in Bermuda and Jacob Birtwhistle yesterday). Not only that, the 12 podium medals issued have gone to 11 different men. Three-time defending World Champion, Mario Mola, has finished 26th / 29th / 29th in his last three races (after winning the first…), while even Team USA have now collected a podium finish – and that’s not happened for a decade. Both Brownlee’s faded badly on the run and for the podium-sweeping Norwegians from Bermuda 12 months ago, not one of them even made the top-30.

It’s a long time since we’ve seen a season like this. Next stop Montreal, where it would appear that the dice will be rolled again and we’ll all have even less of an idea as to what is going to happen.

On a cool Summer‘s Sunday afternoon in Yorkshire, Jake Birtwhistle became the first Australian since Brad Kahlefeldt to win a top-tier gold on the ITU circuit, nailing another incredible run to sweep past Spain’s Javier Gomez Noya and USA’s Matthew McElroy. The 24-year-old re-wrote the script as hometown heroes Jonathan and Alistair Brownlee struggled to capitalise on strong positions during the bike segment, Mario Mola failed to close down a 60-second gap out of second transition and Vincent Luis had to out-sprint Marten Van Riel and Pierre Le Corre to claim a hard-earned sixth.

It was a WTS Leeds starting line-up packed with some of the most successful triathletes of the past decade, boasting more than 70 WTS golds and over 160 podium places, as well as all six Olympic medals from the past two Games, between them.

One of those Olympic medallists, Henri Schoeman (RSA), was once again the fastest in the water over the 1.5km swim, New Zealand’s Tayler Reid and Jonas Schomburg of Germany right on his heels along with Marten Van Riel (BEL) and Pierre le Corre (FRA). 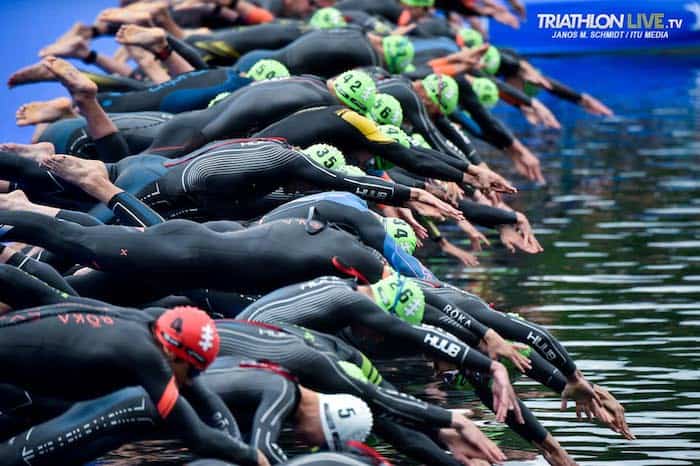 By the time the first athletes were through the T1, the Brownlee brothers and Javier Gomez among them, Mario Mola was 48 seconds back and Great Britain’s young gun Alex Yee a minute off the pace.

Jonny Brownlee was straight onto the power, hitting the point-to-point segment hard, with strong cyclist Van Riel right on his shoulder along with Schomburg. The gap to the chasers was up to ten seconds, but 6km in to the ride they had already caught up and a large peloton of 25 formed for the seven-lap city loop.

Another Brit, Tom Bishop, had led that charge and he then took up the baton with Norway’s Kristian Blummenfelt to go on the attack. WTS Bermuda winner Dorian Coninx (FRA) and Jonny Brownlee then took their moment to roll the dice, but with each charge, the pack dug in and caught once more, Vicente Hernandez (ESP) and Sam Ward (NZL) among the cyclists also flying.

Heading in to T2 the race was wide open. Richard Murray, Mola and Yee were among the danger men a minute off the pace, too far away to trouble the podium given the talent ahead. Alistair Brownlee was looking strong in the early stages, and he and Ireland’s Russell White dropped the pack for half a lap after Jonas Schomburg had put in a brave stint to set a rapid early pace. 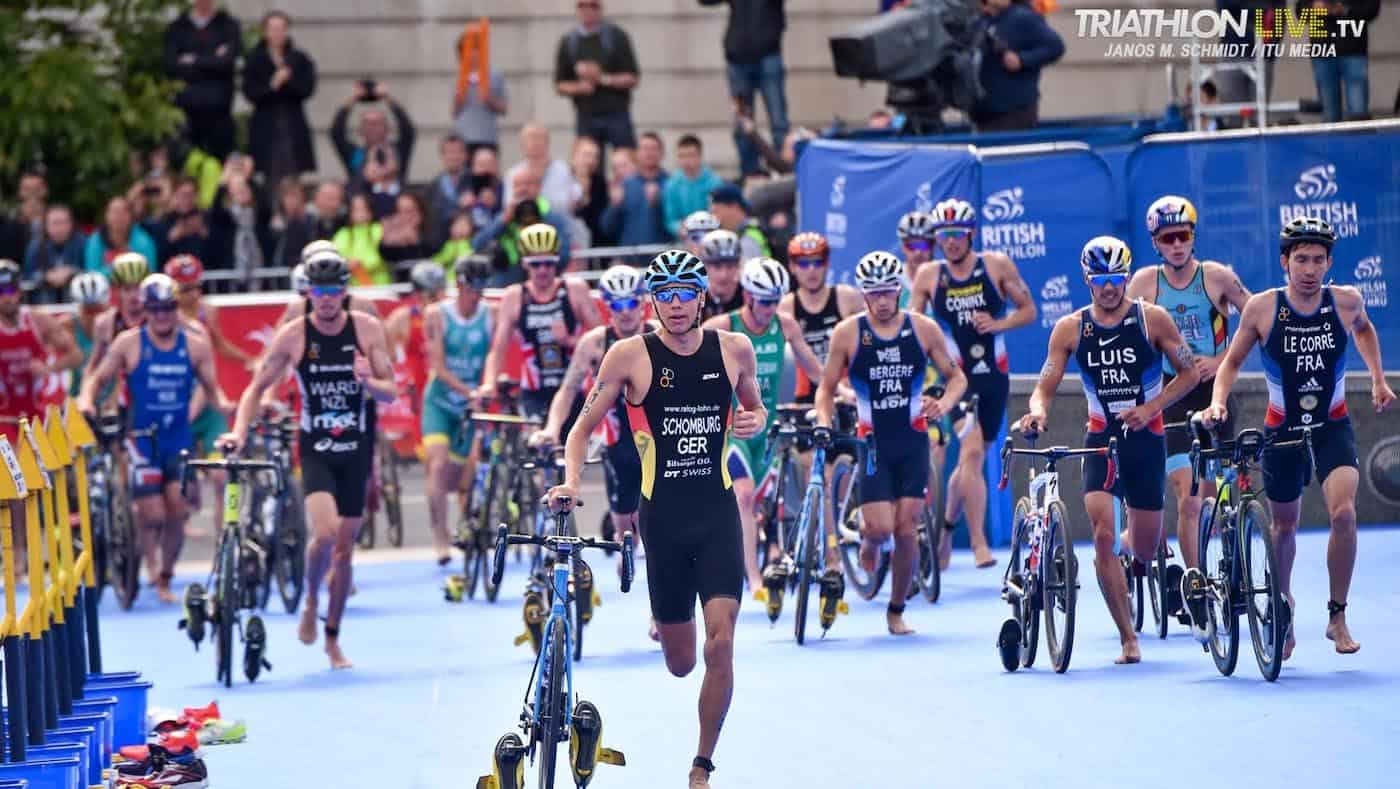 Matt McElroy had put himself into contention with a solid bike and began to close down on the leaders once more, Vincent Luis and Javier Gomez locked in battle while Henri Schoeman took to the front on the penultimate lap to lay out his challenge. He looked strong for much of it, too, but was caught by Birtwhistle who stretched out his legs with commanding ease once more and assumed the front spot.

Birtwhistle never relinquished his grip, leaving McElroy to hold off Gomez to take a memorable WTS silver for USA, the Spaniard’s bronze maintaining his position among the top ranking at the halfway point in the season. Henri Schoeman came home in fourth followed by Sam Ward and Vincent Luis, Van Riel in seventh.