Interesting news as part of the announcement is that the Mixed Relay Cup – which debuts on Saturday – will expand in 2018 to three events, visiting Manchester, Glasgow and Northumberland.

Accenture has signed a four-year sponsorship deal to become a lead partner of British Triathlon. The unique partnership will see the leading global professional services company work hand-in-hand with the sport’s world-class athletes and coaches. The two organisations will also promote inclusion and diversity through the expansion of a new mixed relay format of triathlon.

Accenture is now an Official Partner of British Triathlon’s Elite Teams. The organisations will work closely to improve elite triathlete performance in the run-up to Tokyo 2020 by applying new technologies across the sport’s world-class Olympic and Paralympic programmes.

Accenture will also be the Official Innovation Partner and Official Mixed Relay Partner, a format that British Triathlon has big plans for following the recent announcement that it will debut at the Tokyo 2020 Olympic Games.

Julian Skan, Senior Managing Director at Accenture, said: “We are extremely proud to partner with British Triathlon. Triathlon is a sport that fits perfectly with our focus on gender equality and disability inclusion, as well as promoting health and wellbeing. And nothing beats working together when you are striving for success, so we’ll support British Triathlon’s elite triathletes by applying new technologies with the aim of improving performance.”

Jack Buckner, Chief Executive of British Triathlon, said: “Accenture is a company that has innovation and excellence at its heart. Nothing beats working together and our team is looking forward to the new partnership, especially with this weekend’s Accenture British Triathlon Mixed Relay Cup 2017 Nottingham. It will provide the launch pad to our relationship and mixed relay as we aim to attract new audiences to our fast growing sport.”

The deal represents one of the biggest investments in British Olympic sport since the London 2012 Olympic Games. It’s a unique opportunity to build upon the sport’s success and create a platform to encourage active and healthy lifestyles through triathlon.

Emma McGuigan, Group Technology Officer for Accenture’s Communications, Media & Technology operating group, continued: “Innovation sits at the heart of the partnership, and is woven through all aspects of the relationship. From championing the new mixed relay format of triathlon to enhancing elite performance through collaboration projects, we look forward to playing our part in propelling British Triathlon’s elite athletes towards their 2020 goals.”

As the Official Mixed Relay Partner, Accenture will support the expansion of British Triathlon’s Mixed Relay Cup with three events in 2018 following the inaugural race in Nottingham on Saturday 2 September. Accenture will also be promoting working together and healthy lifestyles through the creation of the Accenture Mixed Relay Corporate Cup visiting Leeds, Manchester, Glasgow and Northumberland over the coming 12 months. 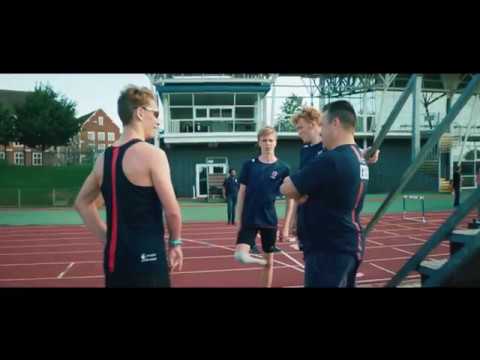