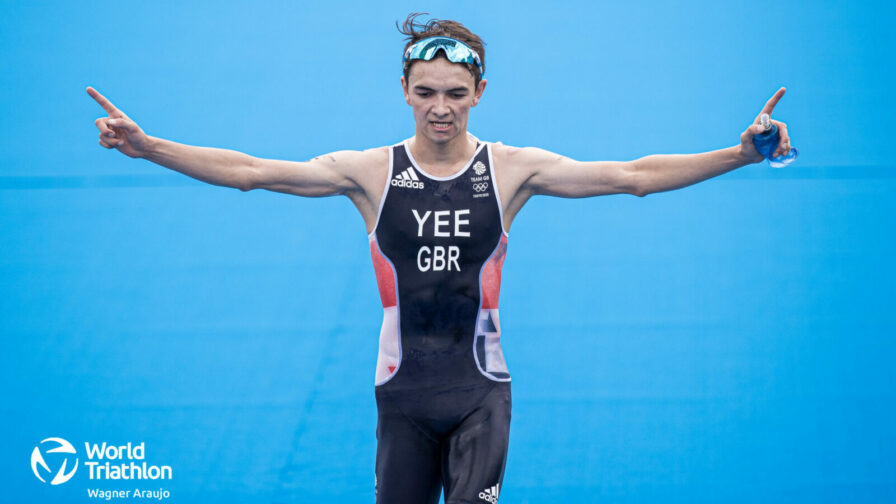 Some people remember little of their first Olympic Games – within weeks it is nothing but a distant memory and a blur – but not Alex Yee.

The brilliant 23-year-old claimed Individual silver and Mixed Relay gold for Great Britain during an epic week in the Japanese capital this summer. And he can remember literally every second of it.

Yee took on board the advice he was given before that very special trip, and locked all of it way in his mind for safekeeping.

Speaking on the World Triathlon podcast, he said: “I just wanted to prepare the best I could and remember it as my first Olympics. I spoke to so many people before the race for advice and to get their opinions on things.

“The thing that everyone came back was: ‘It’s your first Olympics’. People have passed and forgot to think about and enjoy the fact they’re at their first Olympic Games – it’s an achievement in itself.

“I could probably close my eyes and cycle that bike course because I’ve just run it through my head a million times. It wasn’t an obsession but it was an absolute passion. The memories of it are just so fond.

“For me, that visualisation really helped me flow through things and not mess up and have to do those little ‘one percent-ers’ which make a difference when it comes down to how close our final was. I’m sure there were moments which weren’t perfect, and no race is perfect over two hours – well I’m yet to experience that.”

As well as not having that ‘perfect race’ yet, Yee also doesn’t believe he’s found his perfect way of racing, the one that suits him best. It is another evolving quest.

“This year has been the first time I’ve been able to race people at the front of races, and I still don’t think I’ve found my style of racing,” he explained.

“You see (Kristian) Blummenfelt’s clearly got a distinctive style where he goes from 2km to 1km out and he just goes for it. For me, I’m not sure whether I’d actually suit a style where I go for the best 10km I physically can run or whether I wait until the end.

“I tried that in Super League and it seemed to work pretty well, but also almost didn’t work very well, so you never know with these things. So I still feel like I’m trying to find myself and find my identity within triathlon and my style of racing.

“I guess I don’t want to be too predictable in that sense as well, in that I’m very one dimensional and I can just win races from one aspect.”

Yee said before Tokyo in an exclusive TRI247 interview that he finally believed he belonged at the very top level, and important step in being able to live there all the time. A fact he reiterated here.

“This year I stood on the start line every time with a purpose and I think that’s been the amazing thing about it, that I was able to stand in Yokohama and I knew I had the opportunity to race the best I could.

“Then on the start line between me and Alistair in Leeds it was very much about racing my own race and making sure I could get the best out of myself. That led on to a bit of belief in myself I think.

“I was extremely lucky to have a quick rise in 2019, but there is a difference between thinking you can do it and actually doing it. At that first race in Leeds when I was able to put together, in my opinion, my best swim, bike and run performance, I think it made me believe I’m actually good enough and I belong at the front of a race.

“The complete clarity, I was able to prepare the best I could in weeks those between Leeds and the Olympic Games. I came away with a silver medal, I sat down with my coach afterwards, and I feel like I got everything out of my body and I’m really proud of that.”

While the COVID-19 pandemic affected many people in many different ways, much of them adversely, there was a silver lining for Alex. It brought home his genuine love of the sport.

“I’m extremely lucky – although the pandemic was an awkward time – I was able to have that extra year of delay, but also opportunity to train a bit more and be consistent. For me, the lockdown gave me the clarity that I was doing triathlon because I love triathlon – I really just enjoy swimming, cycling and running.

“Apart from my crash in 2017, I’ve never really had that opportunity to really ask myself about it, because you find yourself going through the motions so quickly. Winter goes past so quickly and competition comes up so quickly that you don’t take a step back and be like: ‘I don’t have to swim this morning or I don’t have cycle this morning’.

The crash: taking the positives

That horrific crash in Italy in 2017 is another event in Yee’s life which he has dealt with in a positive way. Finding the upside, not dwelling on the downside.

“In a way I was incredibly lucky, for it to happen where it did happen – right in transition,” he explained.

“I don’t know how, but amazingly my physiotherapist and medical staff were literally about 10 metres away from where it happened. Although it was an awful, awful accident, I was incredibly lucky to have her (his physiotherapist) by my side straight away.

“And she, in a way, probably had an impact on me being able to train again, because at one point they were saying in the hospital: ‘We don’t think you will be able to run again because of the damage done to your vertebrae and transverse processes.

“I was in hospital for four weeks and I had to stay an extra two weeks just to make sure my lung had fully healed up, just because of the air compression in the plane and getting home.

“There was potentially a plan [where] I got a ferry and have to lie down in a car and then drive all the way through France. But it made sense for me to stay and the hospital staff were incredibly helpful and nice to me.

“It changed my perspective of why I was doing this and made me look at it – rather than as a bad thing – as an opportunity for me to have a comeback.”