With the 2018 ITU World Triathlon Series set to get underway in Abu Dhabi on Friday this week, Alistair and Jonathan Brownlee were in Salford today as they prepare for what will be an extended period overseas. With an early season focus on the Commonwealth Games in Australia – taking place on Thursday 5th April – they will be heading to Queensland later this week.

The brothers appeared in the BBC Breakfast studio this morning alongside another familiar triathlete, presenter (and GB Age-Group triathlete), Louise Minchin, covering a range of topics including dealing with injury, the Winter Olympics, heat acclimatisation in a Yorkshire conservatory and why Great Britain can continue its success in the sport for many years to come.

Alistair Brownlee on the mental impacts of dealing with injury:

“The biggest struggle for me is mentally. You are so used to your life being mapped out and very rigid – every morning I’ll have done some exercise by about half seven, and your do three or four sessions a day. That’s pretty structured – and then you wake up the next morning [with an injury], and that’s gone… It’s tough, especially for the first couple of weeks but thankfully I’ve had a bit of practice with injuries over the years, so I’ve got a bit better at it!”

Jonathan Brownlee’s winter training – ‘It’s not been my finest”:

“This year the training has not gone great, my body is getting a bit older now, but obviously I’m looking forward to the Commonwealth Games. We’re actually flying out to Queensland tomorrow morning for four or five weeks to get ready for the heat. I’m excited about that – it’s not been my finest winter of training, but it’s ok.”

[Ed. Note – “flying out to Queensland tomorrow” does include a stop on the way at this weekend’s ITU World Triathlon Abu Dhabi, kicking off the 2018 WTS season on Friday.]

Heat training for Australia… in Yorkshire

“I’ve got a conservatory – and the kind of Yorkshire way to prepare is to buy four or five heaters and add in a wallpaper stripper as well to make it more humid. So, it’s probably the hottest conservatory in the world and it gets up to about 35°c. The alternative of course is to go somewhere hot for a while, so hopefully I’ve got used to the heat both ways.”

On watching the Winter Olympics:

Jonny: “Cross Country Skiing is something I’d love to do with the endurance base of it. Short-track speed skating I think is the word’s most brutal event – you can be in the form of your life and then someone can take you out! It’s been amazing to watch though – and Curling has been much more exciting than I thought it would be, I’ve loved it.”

Alistair: “I’ve watched quite a bit of it. One of the great things about the Winter Olympics is that you start watching things that you don’t know about the rest of the time and you get into it.” 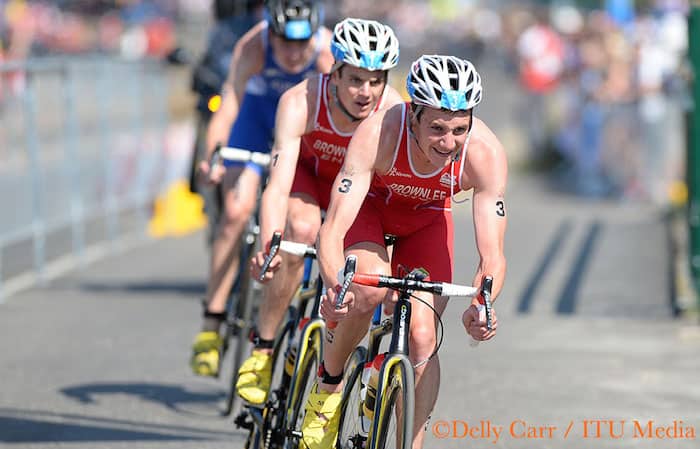 Alistair on triathlon in the Commonwealth Games:

“I remember watching the Commonwealth Games when it was here in Manchester in 2002, the first time triathlon was actually in it. Traditionally it was a very Commonwealth sport when we first started as the major competitors were the Aussies, Kiwis, South African’s dominating… it’s got a long history and is really important in triathlon and it’s fantastic to race for your country at a major Games.”

Jonathon on ‘that’ incident in Cozumel…

“Every interview we do now we get asked about it. Crossing the road, someone will come up and say “do you need some help?!”, so it has become one of those things you are known for, which is strange, because I can’t remember it… it’s good for the sport and I suppose it’s good for Alistair as it makes him look good!”

Can Britain continue their triathlon success? Alistair believes there are several reasons why they can:

“I think there are a few things. Firstly, more people know about triathlon – so inevitably, that base is going to get bigger. There are also more chances to race for young people and also it seems to be attracting the really top talent. Some of the guys coming in at the bottom at the moment are some of the best runners in the country. If it’s going to attract that sort of talent then it will make it competitive and make Britain the best for years to come. It’s definitely come a long way in 20 years.” 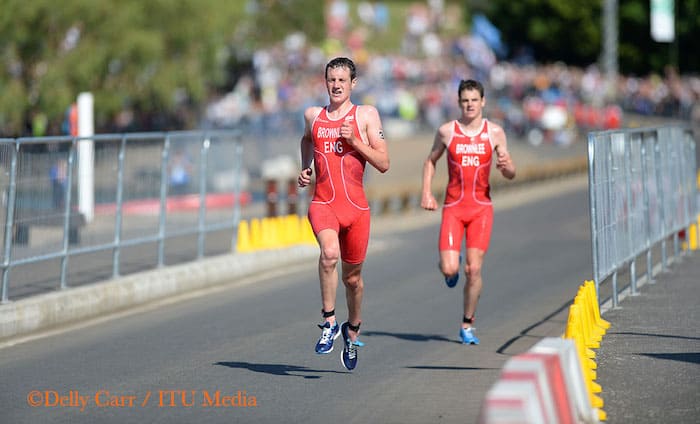