The seven most common medical issues in endurance athletes

Are these common medical symptoms impacting you?

One of the speakers at the recent Giant Store St. Paul’s ‘Run Special‘ evening was Dr John Rogers, the Chief Medical Officer of British Triathlon.

John’s presentation on the evening focussed on the seven most common medical issues he consistently sees in endurance athletes, including triathletes.

Even if you are ‘healthy’ now, this is well worth a watch to spot potential issues and symptoms before they became major problems.

Dr John Rogers is the British Triathlon Chief Medical Officer and founder of The Performance Team.

He is a specialist sports medicine consultant who also works with British Athletics and Team GB. He is a former N. Ireland international middle distance runner and a Professor of Sport and Exercise Medicine at Manchester Metropolitan University. 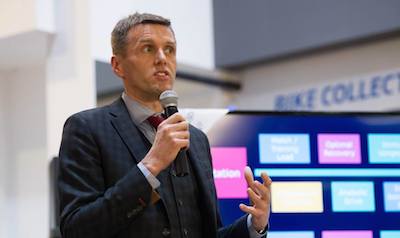