On Friday (HERE) I published a preview of the Ashridge Duathlon, the first Triathlon England National Championship event of the 2019 season. As predictions go, that turned out pretty well.

The three ‘names to look out for’ in the men’s race I suggested finished 1st, 2nd and 4th, while the four women’s names I put forward as contenders for overall honours went on to indeed fill the first four positions. I expect any event forecasting for the remainder of the season may well be downhill from here…!

The new men’s champion, Ben Price (Kinetic-One Wheels), took out the pace strongly over the opening off-road, 10km run. Reaching T1 alone and with a lead of around 30 seconds over Daniel Jenkin (RedVenom.co.uk), he made light of the cold but thankfully dry conditions to maintain the lead until the finish. He was able to extend his lead over the challenging four lap bike course to be in comfortable position for the final 5km – where to finish things off, he had the fastest second run split of the day too.

Alex Doherty (Goode2swim) put in a fine effort on the bike to passJames Ellis (TORQ Performance Team) ahead of the second run, and while James did claw back almost a minute over that final 5km, his cyling efforts were rewarded by completing the overall podium.

The fastest bike split of the day went to fifth placed John Hale, his 1:12:38 exactly one minute quicker than race winner Price.

Dead chuffed to win the @TriEngland National Duathlon Champs today – both my age group and the overall title!! Great to catch up with so many top athletes and people on the day too 👍👍. Thank you as always to @coachnewport @kineticone1 @TORQfitness pic.twitter.com/oiCHkMFE6F

CLICK HERE FOR A FULL GALLERY FROM THE EVENT

The women’s race was very close at the end of the opening 10km run, which saw Jemima Cooper (Do3) and Victoria Kenny reach T1 together, followed by Sophie Bubb (Lymington Triathlon Club) and Laura Addie both less than 30 seconds back, with Megan Powell (Bristol & District Triathletes) a further minute down at this stage.

While Cooper would eventually fall back to ninth overall, Kenny, Bubb, Addie and Powell would hold those top four positions for the rest of the race. Kenny set the fastest bike split among the women (1:20:55), more than five minutes quicker than Addie who had moved through to take second position at T2, just over a minute clear of long-distance specialist, Bubb.

No changes on the final run – that trio setting the fastest three second run times too – leaving Kenny well clear at the finish. Despite winning a Silver medal at the Age-Group World Champs on the Gold Coast last year, that was actually her first ever Duathlon event. She’ll be racing over the IRONMAN 70.3 format this year, hoping to qualify and race at the World Champs in Nice, France. A former runner with a talent for cycling, we are interested to follow her development over the next couple of years.

We’ve got interviews with both of the winners coming very soon.

CLICK HERE FOR A FULL GALLERY FROM THE EVENT 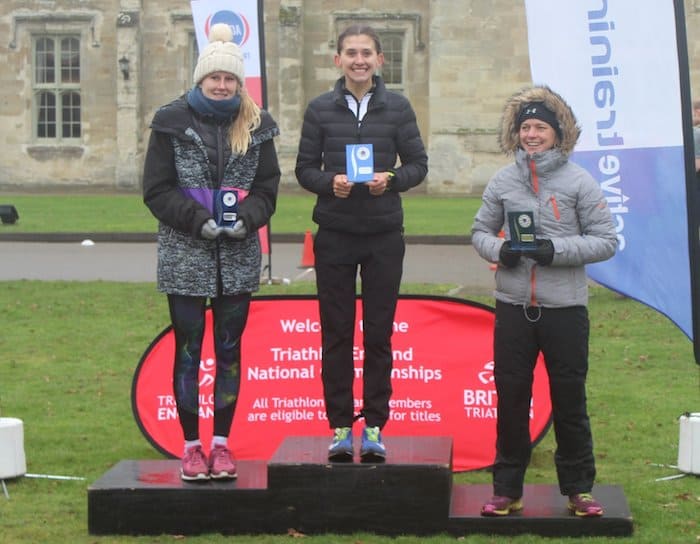 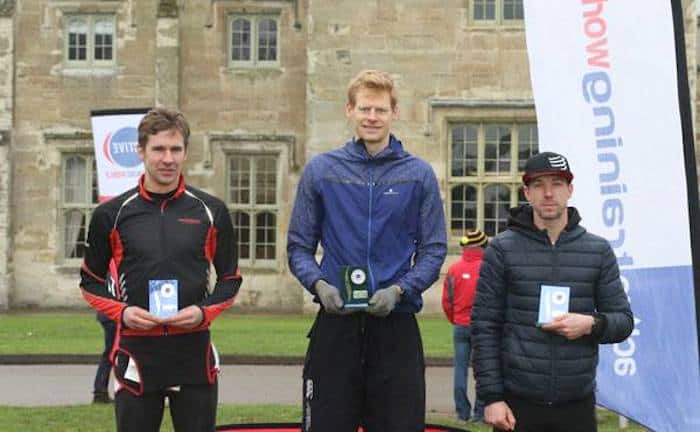