The story continues for Fenella Langridge, who makes it four podiums from four IRONMAN 70.3 starts, by taking her first victory on Sunday at IRONMAN 70.3 Edinburgh. Langridge adds to Pays d’Aix, France (third), Barcelona (second), Staffordshire (third) and in doing so got the better of Nikki Bartlett, who finished ahead of her last month in Staffordshire.

A strong swimmer, Langridge left the water in the company of Claire Hann (GBR) a multiple ETU/ITU Age-Group medallist, now racing in the Pro ranks. They were four minutes ahead of Magda Nieuwoudt (RSA) with the remainder of the seven-strong field arriving over the next minute and half, with Nikki Bartlett the last to hit dry land. Swift through T1, Fenella gained more time in transition over everyone, including almost a minute on Bartlett.

Langridge was quickly solo at the front, with Bartlett the quickest on the road over the first hour of the ride, moving into second and reducing her swim losses to three minutes. Bartlett’s charge continued, catching Langridge in the final miles of the course to arrive at T2 with a small lead of just 24 seconds. Having ridden 2:32:31 (to the 2:39:24 of Langridge), would the Bartlett legs suffer on the run. With Langridge swift through transition again, the pair started the run within seconds, now five minutes clear of Martina Kunz (SUI) in third.

It wasn’t long until Langridge had taken the lead, one she continued to extend until the finish line which featured the backdroup of Arthur’s Seat in Holyrood Park. Her 1:27:28 (the fastest of the day), gave her a winning margin of 3:05 over Bartlett (1:30:45), with Kunz a clear third to complete the podium.

Can’t quite believe I have just WON my first 70.3.

It was a mad day out, congratulations to all the girls out there racing!

Time for a few drinks with friends! I think I deserve it ☺️ pic.twitter.com/HedHr9nu1M

A weekend which featured several close finishes witnessed another one in Edinburgh, where Yvan Jarridge (FRA), third last year, would take the title.

The swim saw a group of four (Jarridge, Mat Chrabot (USA), Jeremy Jurkiewcz (FRA) and 70.3 Staffs winner, Elliot Smales), gain a small buffer of around 30 seconds on Will Clarke, who was isolated in fifth place starting the ride.

Clarke soon closed that margin and by the midpoint of the bike leg that group of five were still in close order, now more than five minutes clear of their chasers. Chrabot did manage to gain a small gap by T2, and started the run around 30 seconds ahead of Clarke, Smales, Jarridge and Jurkiewcz.

Smales gained a few seconds in the early stages, but, with the exception of Jurkiewcz, the lead group was still tightly bunched 3km into the run.

That group continued to trade places – but with no clear breaks – over the next 10km, before the last 3km where Chrabot and Jarridge looked as though they may have finally dropped Clarke, with Smales also now falling further behind. In the final stages, Jarridge just had the edge and was able to pull clear of the American for a narrow eight second winning margin, with Will Clarke finishing a little over a minute later to complete the podium. 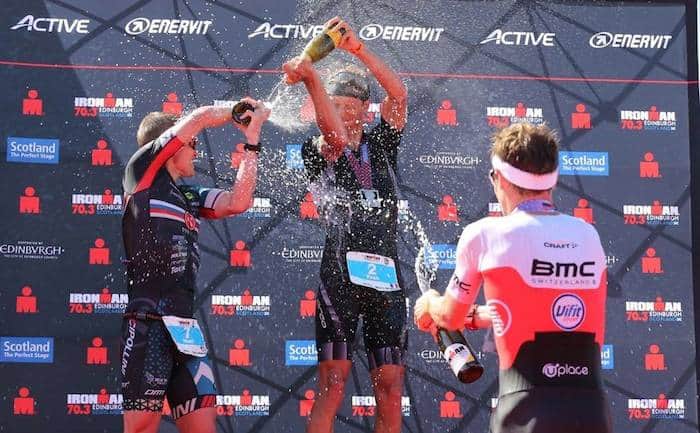 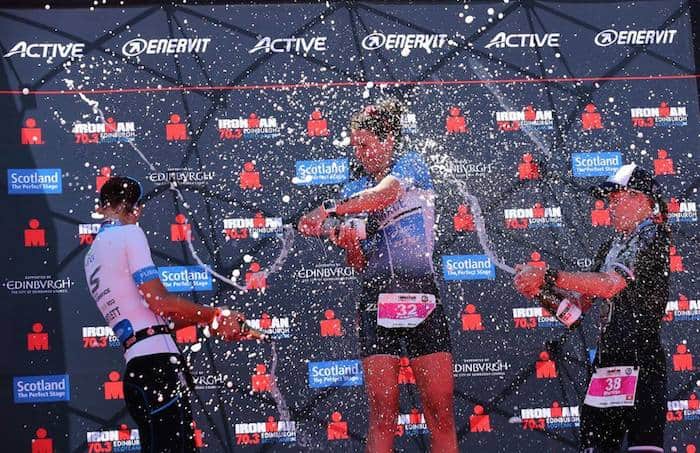