Well that was a nice way to kick off his racing week in Hawaii – same again next Saturday would be most welcome for Alistair Brownlee. Might be a little tougher to secure the double.

One week out from the IRONMAN World Championship, the Ho’ala IRONMAN Training Swim attracts a sold out entry, including several of the top Pros, to race over the 2.4 mile swim course of next week’s big race. Starting from Kailua Pier, the swim only differs from race day by ending on the opposite side of the pier in Kamakahonu Bay, rather than on Dig Me Beach.

No Lucy Charles-Barclay racing this year – she won in 2018, 2017 and in 2016, she also beat all the men too – but there was British success with a men’s winner (to add to that of Harry Wiltshire in 2017), courtesy of the two-time Olympic Triathlon champion on his debut at the IRONMAN World Championship.

Alistair lead home a group of five who were a full three minutes clear of the rest of the field which included two athletes he’ll be racing next week – Josh Amberger (AUS) and Daniel Bakkegard (DEN) – plus his Leeds training partner, Gordon Benson.

Several other British Pro and Age-Group athletes racing – including Katherine Renouf, who was second woman overall – with some of those times provided below. Fastest female swimmer this year was Sarah Crowley (AUS), who finished third in the IRONMAN World Championship two years ago.

Absolutely splashing! 🌺💦 What a morning at the Ho'āla Swim scouting the official @rokasports #IMWC course. Just 6 days to go! #ZwiftAcademyTri 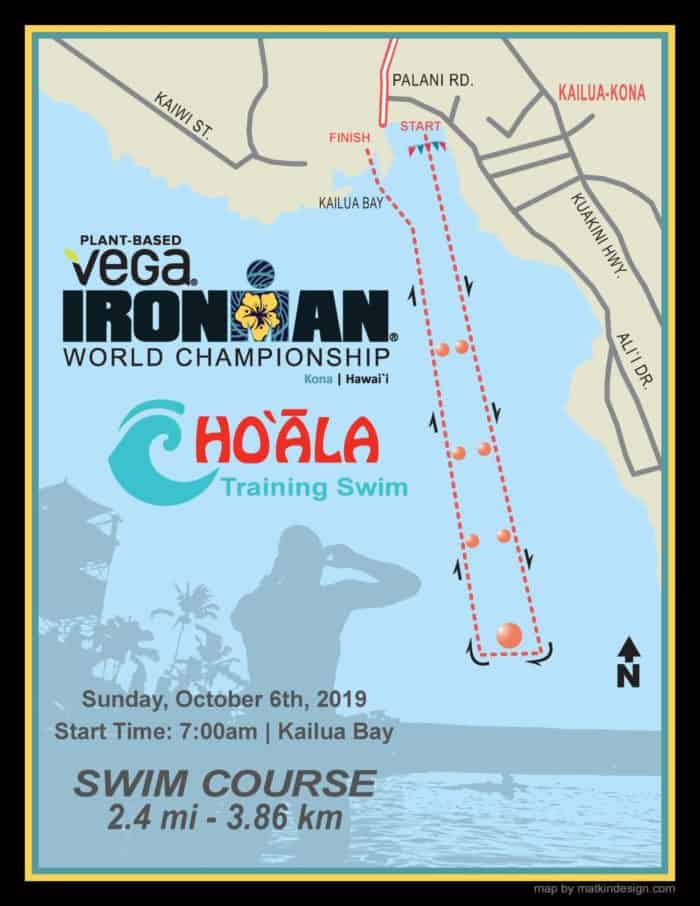