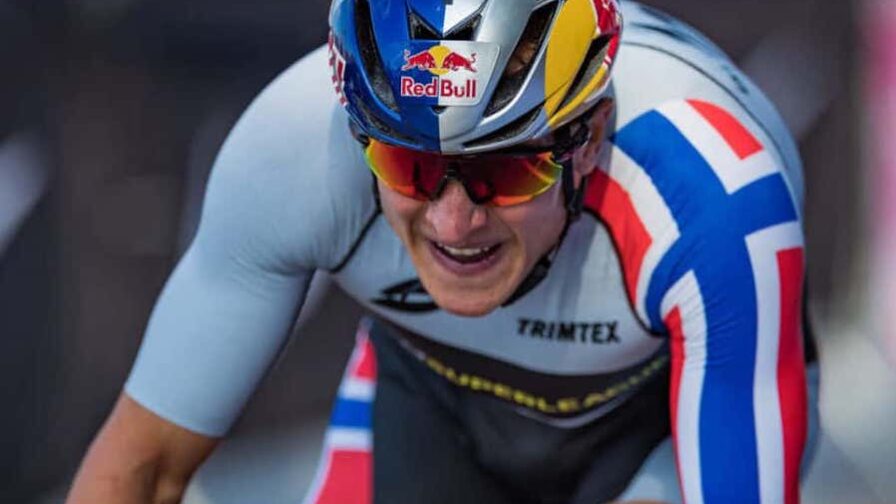 Kristian Blummenfelt will begin his education at the full distance in November when he takes on the challenge of IRONMAN Cozumel in Mexico.

The Norwegian superstar claimed Olympic and WTCS glory this summer, and has made no secret of his desire to add longer-distance titles to his growing collection.

Big Blu saw his bid for IRONMAN 70.3 World Championship glory ruined by a mechanical during the showdown with compatriot Gustav Iden in St George earlier this month. Iden would go on to impressively retain the title he had won in Nice in 2019.

Blummenfelt raised eyebrows in the immediate aftermath of that famous Olympic victory in Tokyo by saying he wanted to win Kona this year.

That of course is no longer possible with the earliest possible return to ‘The Big Island’ now scheduled for October 2022. But 2022 will stage the IRONMAN World Championship twice – with St George, Utah playing host to the rescheduled 2021 event on May 7.

Big Blu has now confirmed he will begin his preparation for that challenge by taking in his first full-distance event in Cozumel on Sunday November 21.

This golden generation of Norwegian triathletes brings immense confidence and belief to the table – a belief built on meticulous preparation.

Arild Tveiten, Sports Director for the Norwegian Triathlon Federation, gave his take on the Blummenfelt Kona doubters in a recent TRI247 interview.

He told us: “Ironman, it’s different, but we know that he can handle the heat well, we know he has a body that is suitable to also race longer distances and I strongly believe he will handle it well.

“He is so motivated to try to see what he can achieve at the Ironman distance that he is working hard to also succeed there.

“They (the doubters) can say what they want, but if you have that mindset you will not succeed. Of course he can win Kona. But it’s not easy. But if you work as good and hard as you can every single day, then everything is possible.”

Tveiten also went on to say that at aged 27, we have yet to see the best of Blummenfelt – bad news for the opposition. His journey to St George, and then Kona, will start in Mexico – and it should be a fascinating ride.