Another triathlon documentary is on the way…

Look out for a soon to be released documentary feature from Orca, featuring South Africa’s Richard Murray, who recently returned to the brand after a few years away.

If you’ve followed our coverage of Tim Don and his recent run at the Boston Marathlon (HERE), you’ll likely have seen reference to an upcoming documentary, The Man with the Halo. That is due to be released on the anniversary of his IRONMAN World Record, 28th May, in conjunction with his footwear sponsor On Running.

Before then however, look out for another feature – we believe in the next two weeks – coming from Orca (www.orca.com).

Filmed during the Cape Town ITU World Cup event (which he won), the video will feature South Africa’s Richard Murray, celebrating his return to the Orca brand, around the theme of ‘Home’. Here is the teaser: 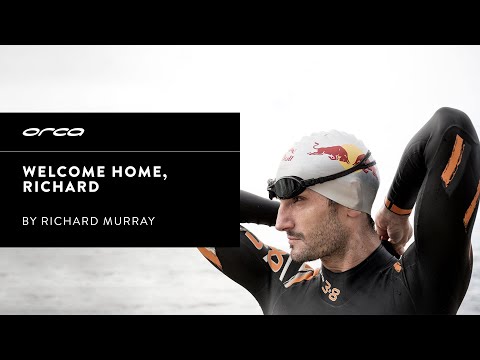 Of the forthcoming release, Orca say:

“Richard Murray has been part of our team in the past and after working with a few other brands, he has come back to the brand that he was with when he crossed his first finish line. To us, this seemed like a great reason to shoot a documenary about this return home of one of the best ITU triathletes, drawing on his triumph at the World Cup in South Africa, his birthplace”

We’ll let you know when we see the finished, full length article.