After four 2017 wins in a row, Flora Duffy was finally beaten at World Triathlon Series Montreal by Australia’s Ashleigh Gentle

Her victory run is over – but with second place at ITU World Triathlon Montreal on Sunday, Bermuda’s Flora Duffy appears to have increased her chances of defending her ITU World Triathlon Championship title. Congratulations to Australia’s Ashleigh Gentle who reached the top step of the podium after five previous WTS Silver medals.

Report below is courtesy of ITU Media.

Australian triathlete Ashleigh Gentle became today the first ever winner of the ITU World Triathlon Montreal, in a brand new circuit that has became the newest addition to the WTS. The win was not only a first for the host city, but was a first for Gentle as she captured her first ever WTS gold. Along with her on the podium were Flora Duffy (BER), still the Series leader, and Andrea Hewitt (NZL).

The race started with a fantastic dive off the pontoon of the Jaques Cartier Basin in old town Montreal, with American Katie Zaferes leading from the very first strokes. Her lead carried on throughout the whole first leg as she was also the first out of the water for the second dive in, followed closely by some other classic names when it comes to the swim, like Carolina Routier (ESP) and Emma Jeffcoat (AUS). 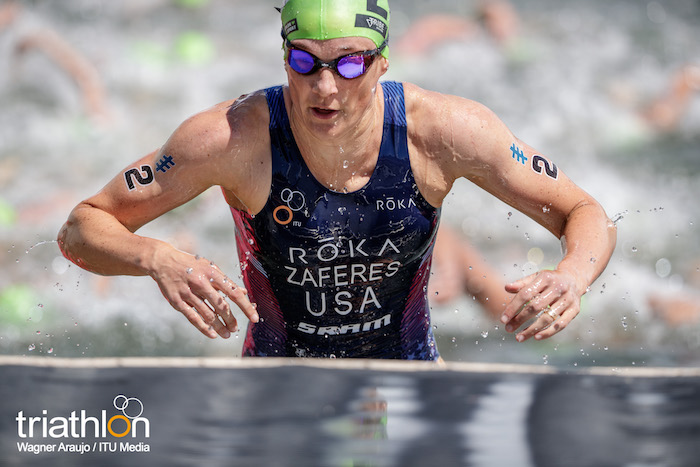 After 1500m in the mild waters of the non-wetsuit swim, Zaferes managed to get a small gap of a couple seconds as she exited the waters, but was chased right after transition by a group of strong bikers.

Those who managed to get ahead in the swim grouped together in the first lap. Tallying thirteen athletes, the leading group imposed a frantic rhythm and increased the difference with the chasers on each of the nine laps at the brand new course. Montreal was indeed one of the hardest races of the season and with athletes coming straight from a sprint distance race last week, and another sprint in Hamburg a month ago, Montreal was planned as an Olympic distance, with a hilly and hard circuit, and nine laps to complete 41.5km.

During the 41.5km, the leading pack gave relays and turned up in front, trying to save some energy for the run. With all the big names in the group, including Duffy, Zaferes, Hewitt, Kirsten Kasper (USA), Taylor Knibb (USA) or Joanna Brown (CAN), among others. 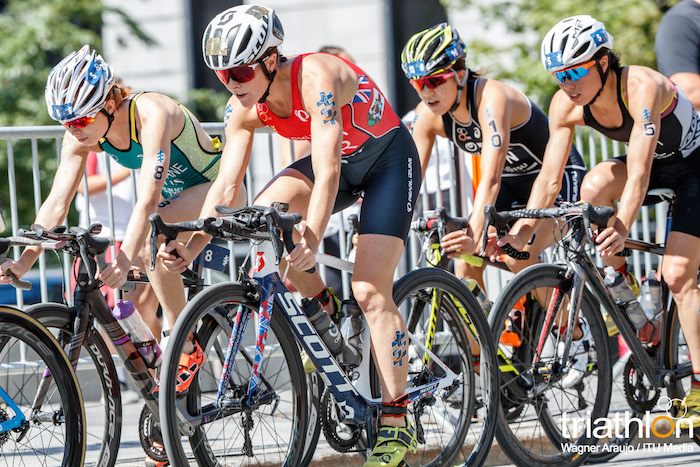 When it came to the run, Gentle pushed hard from the first meters, being the fastest of the field this season in the Olympic distance, to leave all of the other athletes behind.

Gentle got a lead of nine seconds in the first lap, with only Duffy, Hewitt and Kasper keeping up with the frantic speed on the Montreal streets. With every pacing lap that lead only grew and eventually as she hit the bell it was enough to allow her to cross the finish line, stopping the clock on 1:59:04, to become the 20th female athlete to ever win a WTS race, and the fourth Australian, after Emma Moffatt, Erin Densham and Emma Snowsill.

Second to the finish line was Duffy, 23 seconds behind, while third was Hewitt, to earn the 20th podium of her career.

With her second place today, Duffy kept leading the Series with 3940 points, while Gentle climbed up to second place with 3286 points, followed by Zaferes with 3192.

After the race, a bursting in tears Gentle said: “I had so many things on my mind coming into this race… I needed to focus on the little things rather than the results, and I did. I made it. It has taken me six years to get on top of the WTS podium, six years of up and downs, a few second places… and I finally made it”.

Duffy was also “very happy for my second place”, but “really happy for Ashleigh. I knew this was gonna come at some point”.

Hewitt said: “I’ve been in this city 10 days training and I think that this has helped me a lot today. I loved the city and the course, and to be back to an Olympic distance race”. 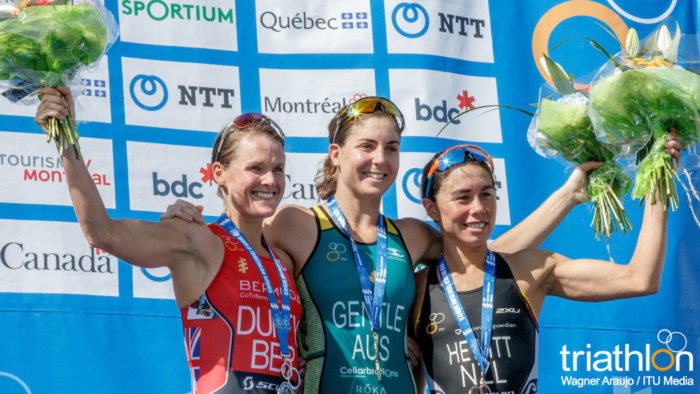 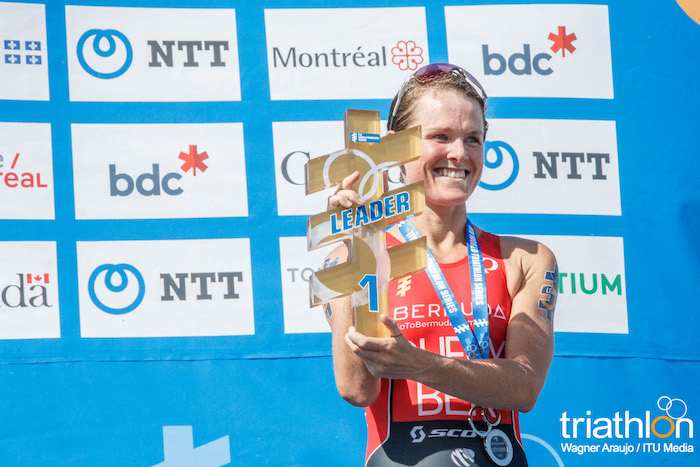