Five races, five different winners and 13 different athletes filling the 15 podium spots to date. This is, easily, the most unpredictable season since the debut of the ITU World Triathlon Series format in 2019.

It was a day of firsts in the Men’s race of the Groupe Copley World Triathlon Montreal, with Belgian Jelle Geens claiming his first ever WTS win, after a magnificent run where he out-sprinted three times world champion Mario Mola (ESP), who returned to the podium claiming the silver medal. And for much delight of the local crowds, Canadian Tyler Mislawchuk finished in third place, also a first ever WTS podium for him.

This year the race showcased a brand new course, with athletes swimming 750 meters on the Lawrence River and out onto a highly technical and tight city-centre ride before the 4-lap run reaches its finale back amongst the quayside’s crowds.

And it was to no one’s surprise that the first out of the water was South African Henri Schoeman, proving once more that he is the one to beat in the first discipline. Two other excellent swimmers, Richard Varga (SVK) and Matthew Hauser (AUS) followed him close, but this time, the sprint distance course was not enough for them to create a break, and a large line of athletes followed on the long run from the swim exit to transition.

When the men jumped on their bikes, a massive group of more than 30 athletes were riding together out of transition, making the course a demanding one, with 16 technical corners to manage on each of the five laps around the city centre of Montreal. 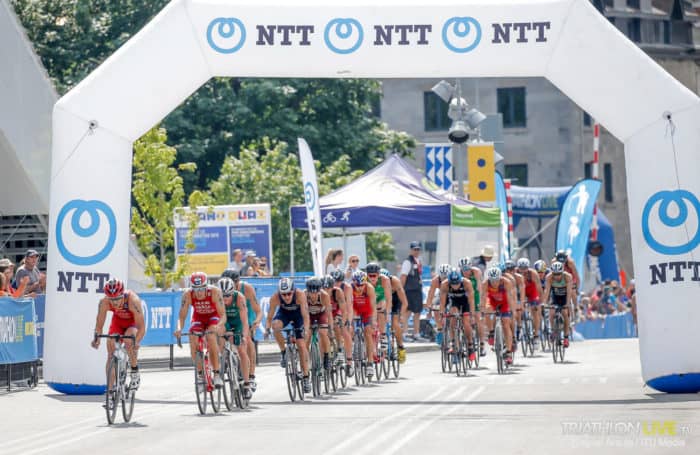 Lap after lap, the athletes saw that all the big names were in the same group, and understood that saving some energy for the run would be crucial, and so they stuck together during the 20km of the bike, five times up the hill of Montreal.

South African Richard Murray was the first one to push on the run, only to be followed close by Jelle Geens (BEL), who remained on his shoulder, looking strong. Mario Mola (ESP), Kristian Blummenfelt (NOR), Tyler Mislawchuk (CAN), Jonas Schomburg (GER), Fernando Alarza (ESP) and Javier Gomez Noya (ESP) were chasing, just a few seconds back. 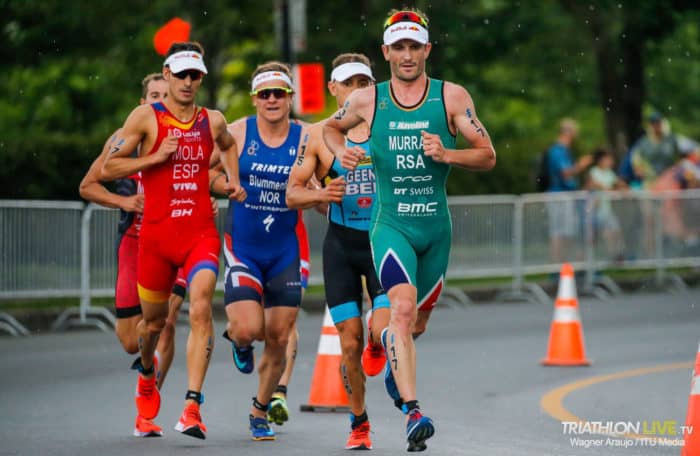 As the heavy rain fell, Mola, who desperately needed a good result to keep his aspirations of the world title alive, pushed the pace to try and break the group. Geens, a training partner of Mola, looked fresh and with 500 meters to go both of them dropped Blummenfelt first, and Mislawchuk with the blue carpet of the finishing straight in sight. 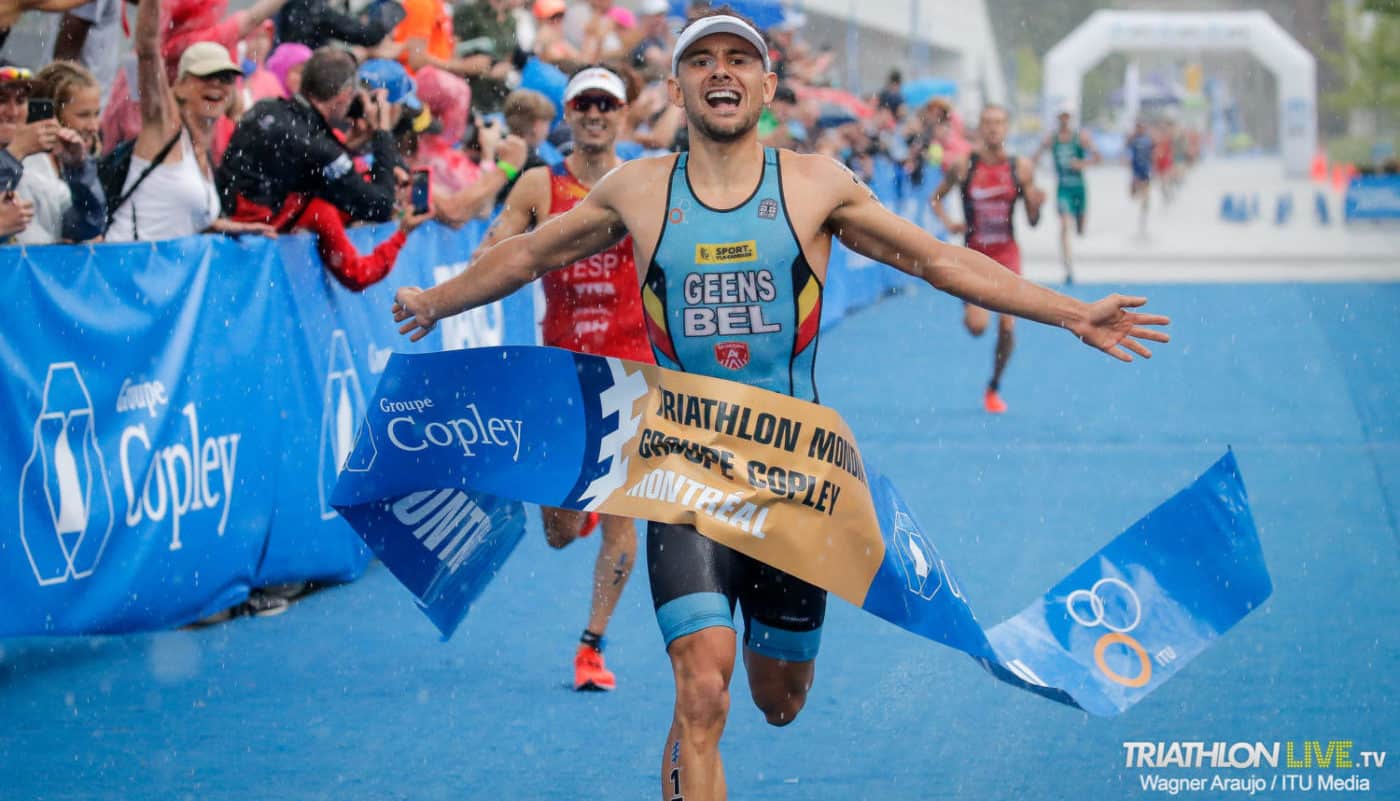 In the last meters, and under a heavy storm, it was the Belgian who found the strength to claim not only his first ever WTS victory, but also the first time a Belgian has finished on top of the podium in WTS racing.

Behind him, Mola grabbed the silver medal while Mislawchuk was in tears crossing the finish line in third, also his first WTS podium on his career, in front of his home crowds.

Murray recovered in the last few meters to cross the finish line in fourth place, followed by Blummenfelt. Fernando Alarza (ESP) in sixth place, was enough to put him as the current series leader, in the absence on previous leader, Vincent Luis (FRA). 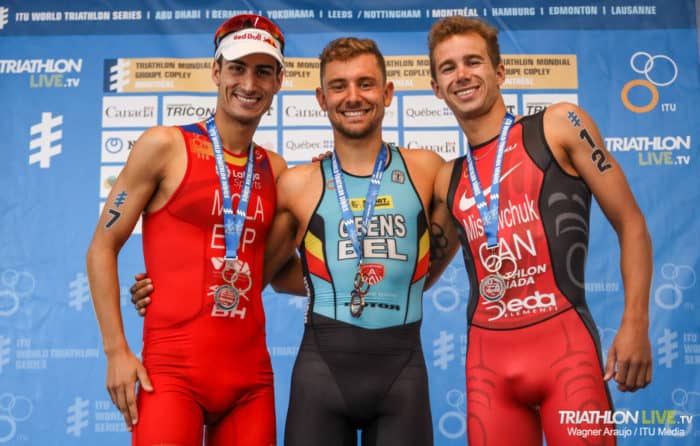