The 2018 Commonwealth Games is almost here. With the opening ceremony taking place tomorrow (Wednesday), the individual triathlon events** take place on the first day of competition (Thursday). As at Glasgow 2014, the Women’s Triathlon will provide the first medal of the Games.

In the first of several preview pieces to follow, Blair Cartmell (www.newtriathlon.com), formerly the Lead Performance Centre Coach with Triathlon Scotland, looks at the course which awaits the athletes on Thursday.

It doesn’t quite seem like four years ago that Glasgow hosted the Commonwealth Games. Well, in fact it’s three years and nine months… but still it seems like yesterday!

Gold Coast 2018 is finally upon us and I can’t wait to see the action unfold. This will be the first Major Games triathlon championship held over the Sprint distance, and I believe this will make things a lot closer and more exciting compared to previous major races.

Another element that will play a factor is the early season nature of the race. A lot of northern hemisphere athletes will only have had a couple races to prepare, whereas athletes from down under will have had more competitive opportunities, which could be a key advantage.

The last time the Commonwealth Games were held in Australia was Melbourne 2006 where both titles were won by Aussies; Emma Snowsill (Frodeno) and Brad Kahlefeldt. Can this happen again? The Aussies do have a stronger team than in recent years, but I still think it will be very hard to achieve.

A Sprint distance race which should provide a fast and exciting race with a close finish. Any bets on whether it will be hotter than Glasgow 2014?! [Ed. That’s not a joke either, we really did have stunning weather for the triathlon events at Strathclyde Park…].

The event is based at Southport Broadwater Parklands, a large community park based in Southport, Gold Coast, Queensland.

Morning shake out run plus course preview. Nice to chat up with a few friends!
Course is simple enough but the choppy swim is 🙌🏻. pic.twitter.com/YBnv8gd3KN

Bike – A 4-lap fairly technical course. As always, positioning is key and especially coming into T2. Even more so in a Sprint race. 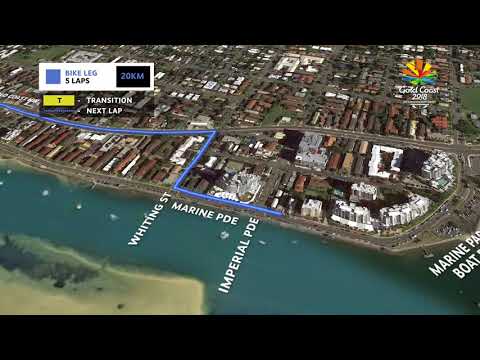