A second IRONMAN 70.3 race for Germany

Given Germany’s success in long distance triathlon in recent years (Frodeno, Kienle, Lange and co.), it’s perhaps surprising that before today’s announcement, the country only hosted one IRONMAN 70.3 event, in Kraichgau.

Others have been and gone (Wiesbaden, Reugen for example), but as if to prove that IRONMAN this week isn’t all ‘Kona’, the city of Duisburg has been confirmed as the host of the new event, taking place on 23rd August 2020. Here is the full announcement.

IRONMAN, a Wanda Sports Group company, announced today the addition of IRONMAN® 70.3® Duisburg in Germany. The inaugural race will take place on August 23, 2020.

Duisburg, a city of 500,000 inhabitants has long been considered the ‘steel heart’ of Europe. However, over the last decades the former industrial city and the world’s largest inland port underwent a remarkable transformation as abandoned factories have been turned into creative hotspots like the Landschaftspark Duisburg-Nord. Today, the region boasts art festivals, amusement parks and other events. Also, Duisburg is a city of water as numerous lakes, canals and ports dominate surrounding landscape. 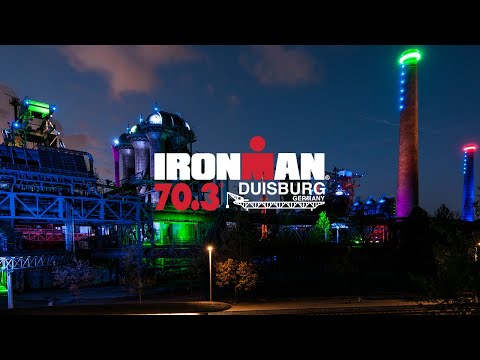 “We are delighted to add a second IRONMAN 70.3 race in Germany to our schedule. Athletes and spectators alike will be surrounded by the sights and sounds of the famous Ruhrgebiet, a strong and welcoming triathlon community and perfect infrastructure for our athletes. We are thrilled to welcome the city of Duisburg to IRONMAN”, said Oliver Schiek, Managing Director IRONMAN Germany.

Athletes will start their race with a 1.9 km (1.2 mile) swim at the regatta course of the Sportpark Duisburg, which was inaugurated in 1935 and has hosted various canoe and rowing world championships. The swim course features perfect water quality and spectators can follow and cheer on the athletes along the shore throughout the swim, which is certainly a highlight and creates a special atmosphere. 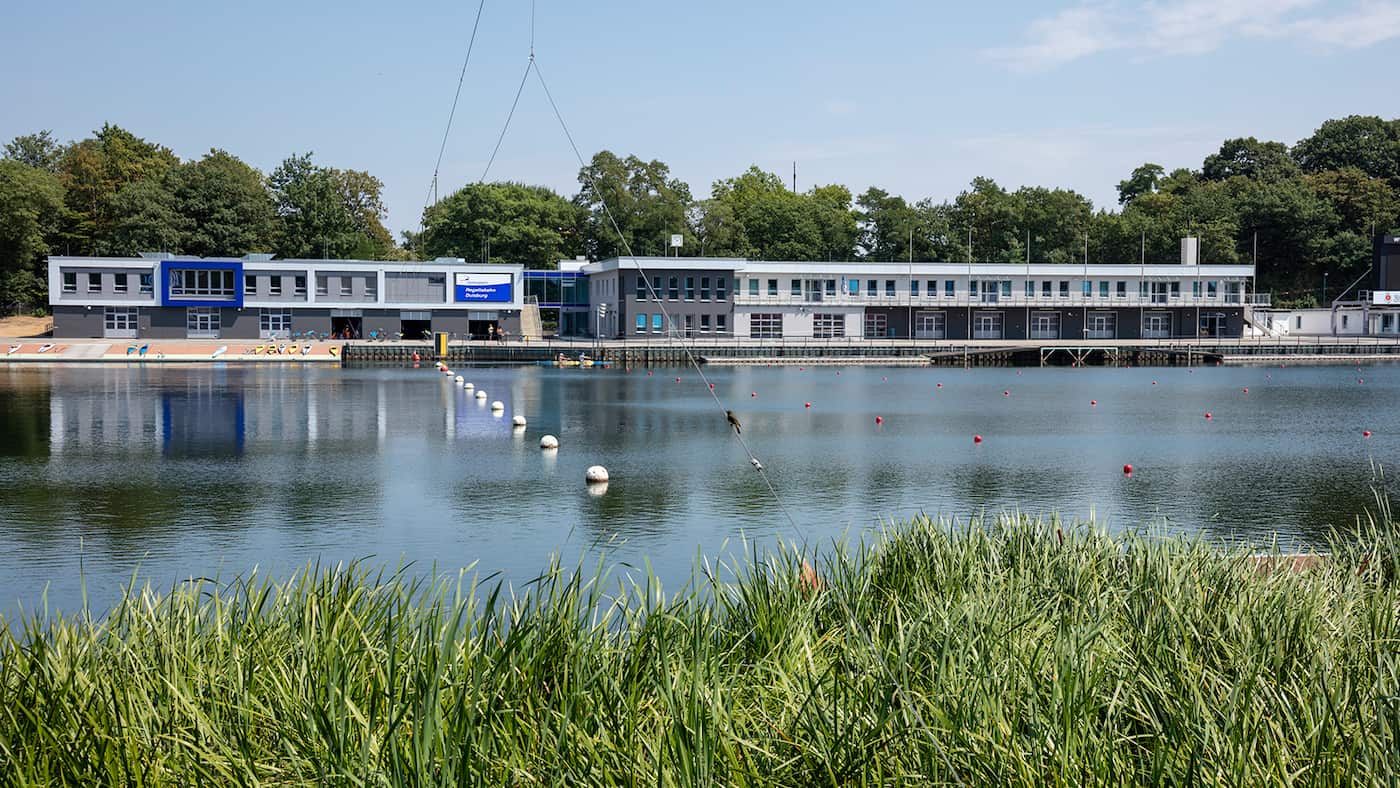 On the run, athletes are passing the swimming track and various lakes in the park-like landscape of Sportpark Duisburg on the three-loop 21.1 km (13.1 mile) run course – one of the biggest and most varied sports and leisure-time areas in Germany. The impressive and spectator-dense finish line is located in the Schauinsland-Reisen-Arena, home stadium of the soccer club MSV Duisburg. 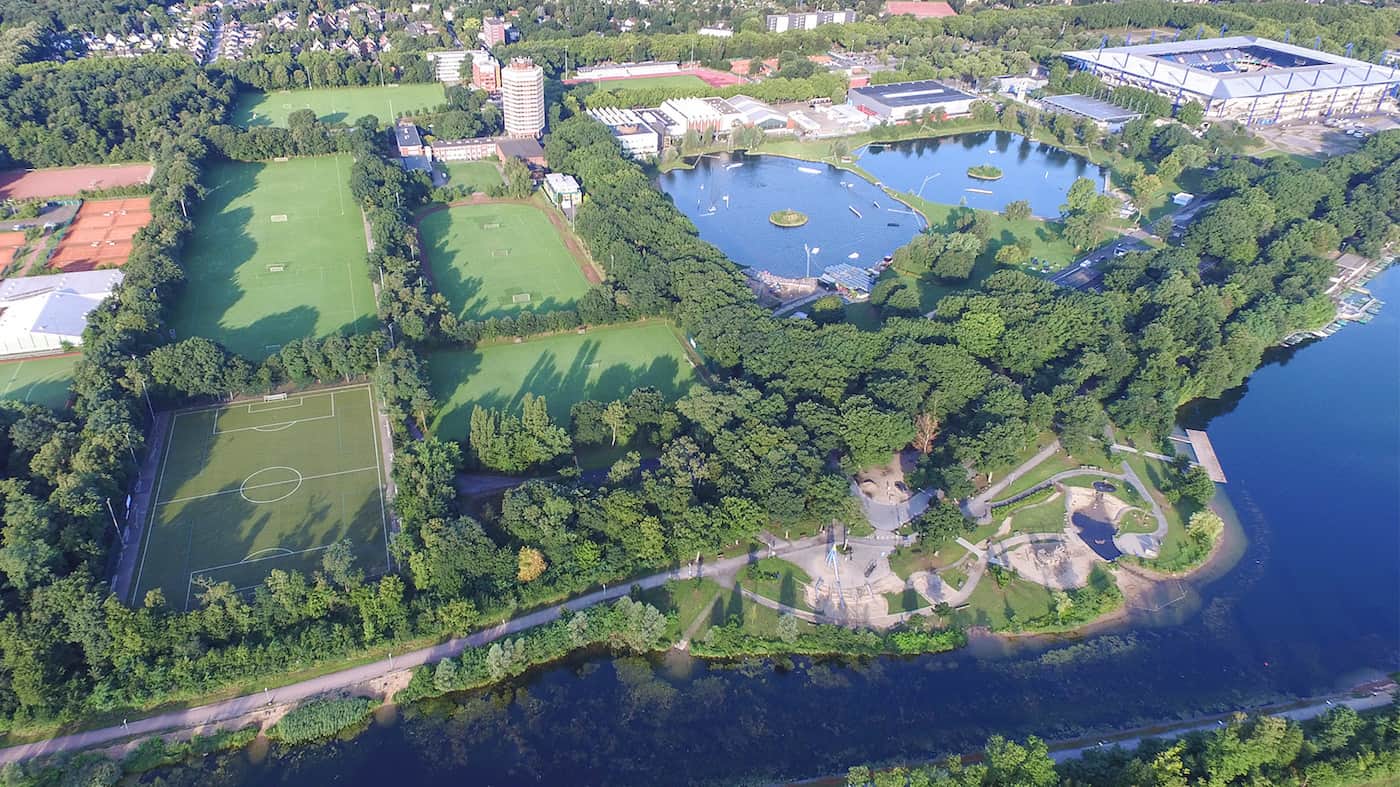 “IRONMAN 70.3 Duisburg is a wonderful opportunity to connect the sportive and cultural offers of the city”, said Sören Link, Mayor of Duisburg. “IRONMAN’s concept convinced us from the start, and we are looking forward to welcoming triathletes from all over the world to our city.”

“We are very excited to be in Duisburg. The support from the city and all parties involved has been nothing short of amazing. We all share a common vision of taking triathlon in Germany one step further. IRONMAN 70.3 Duisburg is a perfect way to engage the general public, young and old and motivates people to engage in healthier lifestyle and maybe race themselves one day, even if it’s in a relay team at first”, added Stefan Petschnig, Managing Director EMEA. 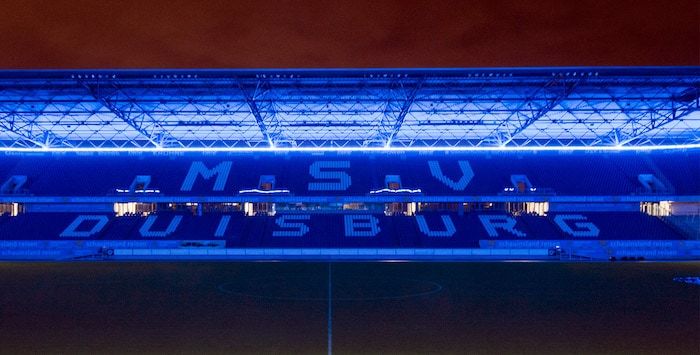