George Peasgood and the Tokyo Triple

George Peasgood will be a busy man in Tokyo. The British paratriathlete has also earned selected from British Cycling for the TT and Road Race
Share

Just a week previously, George had been formally selected for his second Paralympic Games appearance by British Triathlon, where he will compete in the PTS5 category.

Peasgood a man of many talents

Alongside his primary triathlon goals, Peasgood has also in recent years represented British Cycling in his strongest discipline, where last month he produced his best results to date. He won the UCI Para-Cycling Time Trial World Championships and then followed that up with a silver medal in the road race.

Those performances will now see George compete in the Men’s C4 category in at the Tokyo Paralympic Games, having secured selection for both the triathlon and cycling teams.

Here’s how George’s event schedule in Tokyo will play out:

Earlier this year, George raced and won at the World Triathlon Para Series Yokohama, which might well rank as his best triathlon performance to date. He missed some triathlon racing immediately after that with a running injury, and so it is good to see him back on the treadmill, prepping for Tokyo in the heat chamber at Loughborough University.

You can find out more about paratriathlon at Tokyo 2020 in our explainer feature. 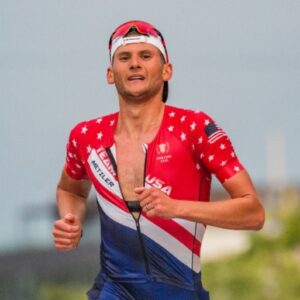