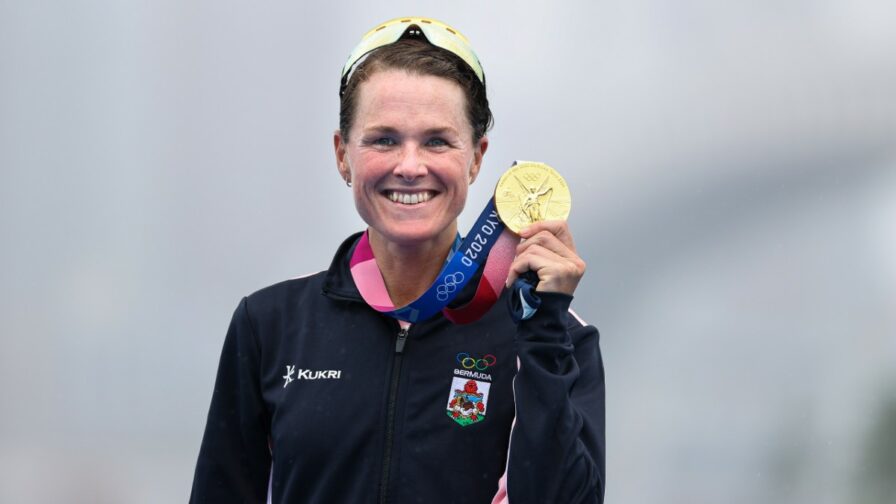 The accolades keep on coming for Flora Duffy in the aftermath of that epic Olympic Games triathlon victory in Tokyo in July – now there is a public holiday in Bermuda named after her!

Duffy became the first athlete from Bermuda ever to strike Olympic gold in any sport, leading to wild scenes of celebration back home.

Earlier this week Flora was a guest at the U.S. Open tennis tournament at Flushing Meadows representing Bermuda, but on Friday came an even bigger honour. With the news that October 18, 2021 will be a national holiday on the island, and it will be named Flora Duffy Day.

Duffy’s response was short and just a little bit overwhelmed as she responded: “Wow, this is so cool! Thank you!”

Flora has also had some spectacular celebrity moments since striking gold in the Japanese capital.

In the week after her victory she received a video message from Hollywood movie star Michael Douglas, who used to live in Bermuda with wife Catherine Zeta Jones.

And then Flora admitted she might have peaked in life when U.S. megastars Kevin Hart and Snoop Dogg released a hilarious sketch discussing her gold medal-winning performance.