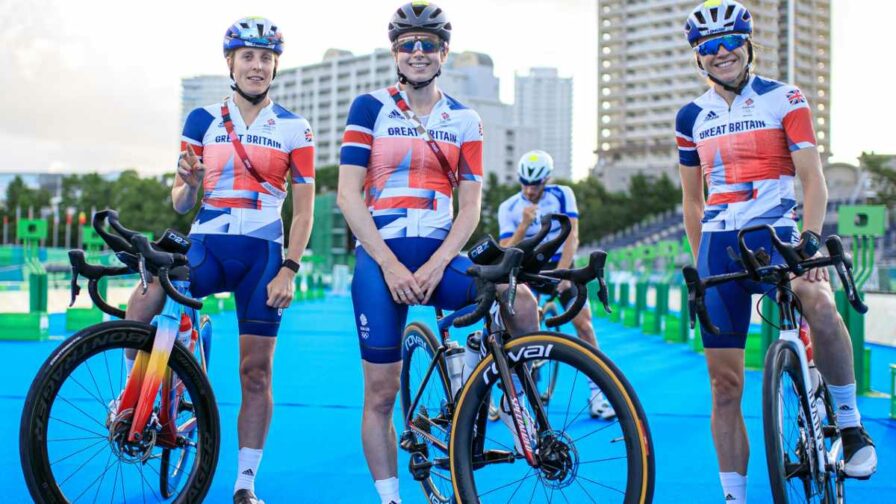 The venue for the race, situated on the North shore of Tokyo Bay and within sight of the beautiful Rainbow Bridge, hosts three races – individual events for men and women as well as the newly-introduced mixed relay.

First introduced at the 2000 Summer Olympic Games in Sydney, the individual triathlon pits 55 of the world’s best men and women over a 51.5km course.

With the global pandemic delaying the 2020 Games for 12 months until 2021, triathletes from across the globe have had to adjust their training schedules to accommodate the pinnacle of the sporting summer.

What time does the Olympic triathlon start?

How can I watch the Olympic Triathlon on TV and live stream?

The BBC is the UK’s Olympic broadcaster and will host coverage of all three triathlon events, with the events available on the red button and online through the BBC Sport website.

Likewise, NBC, and its network of channels, is the home of the Olympic Games in the United States and will host coverage of the three triathlon events on its platform. Events will also be broadcast on its Peacock streaming platform, which will debut a Tokyo NOW channel.

Seven West Media owns the rights to Australian coverage of the Olympics and will broadcast events on free-to-air and subscription channels. The company will also provide online coverage of the events through its streaming service.

Olympic triathlon distance: Breaking it down

The race will begin in the waters of Tokyo Bay, starting and finishing in Odaiba Marine Park – a beach resort overlooked by the city centre skyline.

Athletes will begin the race with a 1km swim loop along the shoreline before exiting the water briefly. They will then complete a further 500m loop before entering the first transition area which is situated on the shoreline.

Triathletes will mount their bikes at the start of on an eight-lap, 5km loop which winds its way through the Odaiba Marine Park – including multiple trips through the West Prominade district of Odaiba, which features waterfalls and a number of other sights.

There is very little elevation change on the bike course with it being situated close to the shoreline. An 8-metre climb just after the 2km point is the only incline of note on the entire course, with a similar drop in elevation recorded soon after the 3km point.

The triathletes will then return to the transition area on the shore of Tokyo Bay before embarking on a 2.5km, four-lap run – and much like the bike course, there is little-to-no elevation change for the athletes to worry about.

The final sprint will take place along the shore of Tokyo Bay under the shadow of the glorious Rainbow Bridge, which dominates the skyline in Tokyo Bay.

The mixed relay sees four competitors from each nation – two men and two women – take on a 300m swim, 8km cycle and 2km run to crown the inaugural Olympic champion in the format.

Who are the favourites to win in Tokyo?

On the women’s side the Netherlands’ Maya Kingma will be eager to impress after two stunning displays in 2021 to date. Kingma finished third in the WTCS event in Yokohama before taking victory at WTCS Leeds in early June and is now certainly a leading contender for the gold.

Flora Duffy was world champion in 2016 and 2017 and the Bermudian would ensure legendary status in her home nation if she brings back a gold medal from Tokyo. She is sure to be a big challenger.

The USA duo of Taylor Knibb and Summer Rappaport both beat Kingma in Yokohama, showing their undoubted qualities and their ability to adapt to the Japanese climate.

With two-time Olympic medalist Nicola Spirig winning the World Triathlon Cup event in Lisbon in May, it is a fascinating race for gold in 2021.

The Olympic triathlon is making its sixth appearance on the biggest stage of all, with Great Britain’s Alistair Brownlee the only multi-time gold medallist.

The mighty Jan Frodeno also has a gold medal to his name, and the German has since gone on to dominate over longer distances in recent years.

On the women’s side, Nicola Spirig is the most decorated female athlete with a London 2012 gold coupled with a silver medal in Rio 2016.

What is a good time for an Olympic distance triathlon?

A good question that a lot of triathlon newbies ask, but largely irrelevant in the grand scheme of things.

The concept of British, European, Olympic and World records might be commonplace in other sports, not so for triathlon.

The nuances of each specific course and terrain mean that it is impossible to really set times against each other. If you don’t want to compare anything, it’s positions you need to look at.

That said, as a guide you can expect the men’s race in Tokyo to take approximately 1:45 – 1:50, with the women’s race around 10 minutes longer.

How to train for an Olympic distance triathlon

Every triathlon event takes a specific training and nutritional regime dedicated to the course, the climate and the distance.

If you’re new to the sport and just looking to get ready to be able to take on the challenge of an Olympic distance triathlon, you can chose any one of a number of different training plans. Each designed to get you race-ready over different periods of preparation.