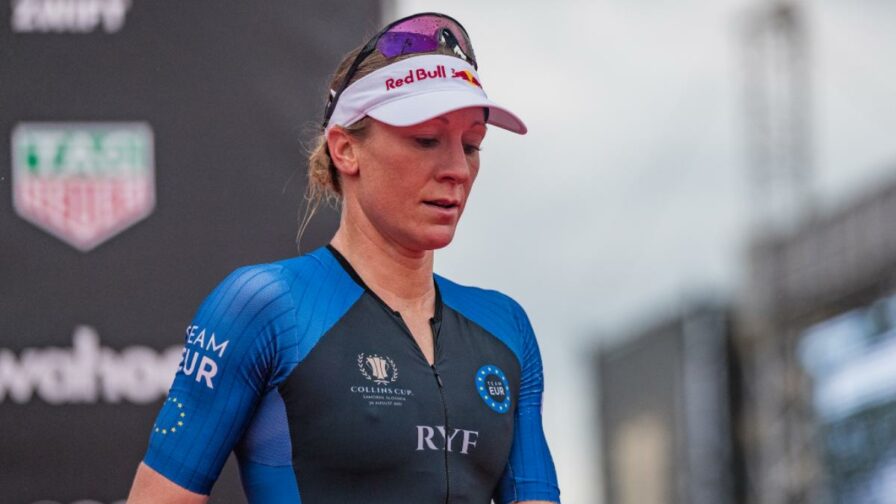 The first ever Collins Cup last weekend may not have gone quite according to plan for Daniela Ryf, but she still came away proclaiming the event as a huge positive for elite triathlon.

The Swiss superstar looked just about invincible heading into race day in Samorin, but the expected script was torn up when she woke feeling unwell on Saturday.

At less than 100 percent, Ryf was no match for brilliant Team USA Captain’s Pick Taylor Knibb, who produced a stunning performance to win their matchup – the first of the day in Samorin.

One of the enduring images of the event was the struggling Daniela receiving words of encouragement from passing team-mate Lucy Charles-Barclay. She would gut it out to overhaul Teresa Adam and claim extra points for Europe – underscoring the team ethic the Collins Cup aims to embody.

As the dust settles on events in Slovakia, Ryf took to social media this week to reveal her thoughts about the marquee event, and they were overwhelmingly positive.

Speaking in an Instagram post, she said: “Feeling proud to be part of a historical event racing the Collins Cup with Team Europe.

“Meeting up with the best in the sport, sharing the preparation as well lining up in heats made this an unforgettable week and shows the potential of this sport and how it’s developing in full speed. Thanks to my strong team-mates of Team Europe were able to celebrate and win the Collins Cup.”

Ryf was gracious in defeat in her own personal battle too – paying tribute to the superb performance produced by Knibb.

“Big congrats to Taylor Knibb who crashed this course and raced super-strong. Thanks PTO for giving triathlon a new stage and making all this possible. Can’t wait for more.”

IM Switzerland next for Daniela

The great news subsequent to that post is that Daniela also confirmed on Thursday that she will be racing IRONMAN Switzerland this weekend.

She said: “Next stop: Thun. Looking forward to race IRONMAN Thun in front of my home crowd this Sunday.”