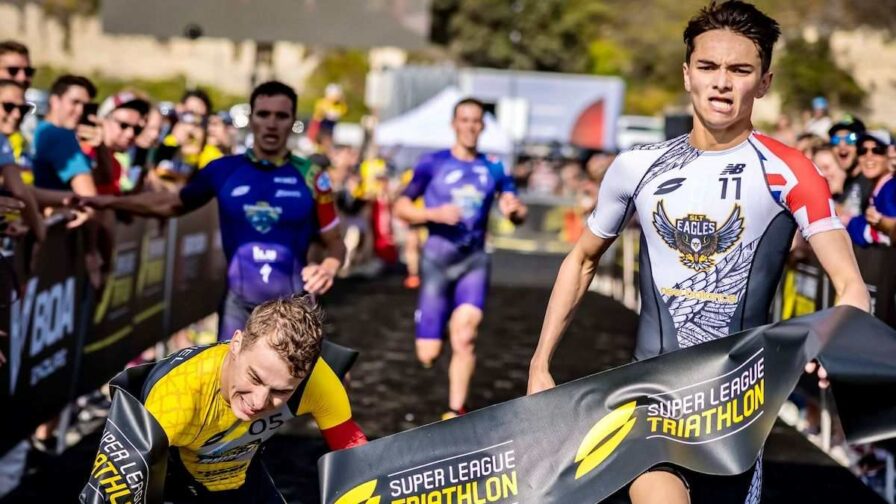 Alex Yee was in a state of disbelief after claiming the men’s Super League Triathlon title for 2021 with a thrilling victory in Malibu on Saturday.

The British Olympic silver medalist completed an incredible summer by adding another honour to his growing collection.

Yee produced an epic heart-stopping finish for the second week running to pip Jonny Brownlee and Hayden Wilde to the overall title.

His devastating final burst saw him break the tape a split second ahead of Belgium’s Marten Van Riel, exactly a week after he had done the same to Brownlee in Jersey.

Afterward Yee said: “It was amazing, I told Marten he’d got it, and I can’t quite believe it. I’ve learnt so much this past month and it’ll help me onwards into the future. It’s so good for our sport to have such short and exciting racing taking place.”

Super League has yet again provided a thrilling spectacle, and Yee was delighted to have shown America what the sport and the format can offer.

“America hasn’t always been known to enjoy short-course racing but look how many people are out here today. It’s amazing to see and I’m really pleased to put on a show for everyone.

“That first race I found so tough – it’s impossible to warm up for. For me, I feel like I warm up throughout the race. I went for some run points on the first race because I wanted to get some more points for the Eagles.”