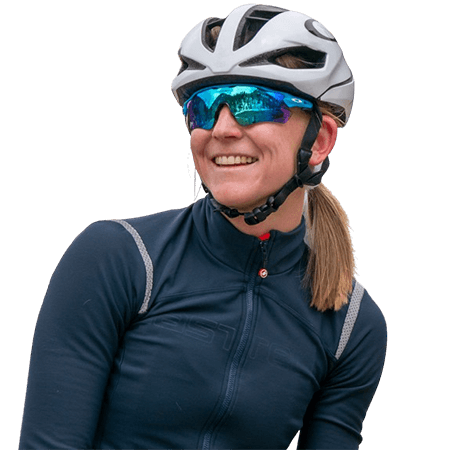 Jeanni Seymour took a huge gamble when she left Johannesburg, South Africa, where she was born in February 1992, in search of a lasting career as a professional athlete.

But her undeniable talent and work ethic saw her calculated risk pay off, and since starting her new life in Boulder, Colorado, she has racked up a plethora of 70.3 titles alongside a handful of other successes.

Medals are not all she has gained following her move across the Atlantic – she also met and married fellow professional Justin Metzler and duly became Jeanni Metzler.

Her decision to relocate has worked out pretty well, and she has her cousin to thank for planting the seeds that have grown into a glittering career – she was introduced to road cycling by her relative as a 17-year-old in Johannesburg before signing up with a local triathlon group.

From there she began to excel, winning her age group at her first 70.3 at Buffalo City in 2011 before taking the chance to turn professional the following year. That was when she made the call to switch Johannesburg for Boulder, leaving her home town with “pretty much nothing” in the hope of bettering her chances of a prosperous career.

An accomplished runner and swimmer, Jeanni has steadily climbed through PTO World Rankings during her time in the US, reaching a personal best of #8 in 2021.

Jeanni gradually found her feet during her first years as a professional, registering several 70.3 top-10 finishes and claiming a first podium with second place at Austin in 2014.

The top-10 results continued throughout 2015, with the latter part of that year seeing her clinch second at Cozumel before she went one better with her maiden 70.3 victory at Austin. The next four years then saw her blossom into one of the most accomplished athletes at 70.3 distance as she claimed 20 medals and eight wins.

Two of those triumphs were particularly emotional for Jeanni – she first won in her adopted hometown of Boulder in 2017 before marking a return to her native South Africa with a victory in 2018. Her other 70.3 wins came at Xiamen, Liuzhou, Monterrey, Los Cabos and Texas, in addition to conquering Austin for a second time in 2016.

Away from 70.3 racing, Jeanni claimed third place on her full-distance debut at IRONMAN Texas in 2019, qualifying for the IRONMAN World Championship, where she finished 28th on her Kona debut.

The success at middle distance continued in 2021 as she picked up second place at St. George and Texas, along with third place at Boulder and California.

Jeanni was also selected to represent Team Internationals at the inaugural Collins Cup in 2021, where she finished behind Jackie Hering and Anne Haug in her match.

Jeanni’s performances at the 2021 IRONMAN 70.3 World Championship are indicative of the huge progress she has made as a triathlete – she finished 28th in 2013, picked up eighth and seventh in 2017 and 2018 respectively, before taking a fantastic second behind Britain’s Lucy Charles-Barclay at the 2021 edition in St George.

As already stated, Jeanni is married to fellow triathlete Justin Metzler, with the couple living and training together in Boulder, Colorado.

The triathlon community fondly knows Justin as ‘Big Metz’, while Jeanni is dubbed ‘Little Metz’, with the #Metzlemour tag left in the past following their marriage.

Justin has revealed the pair were in serious debt a few years ago as they strived to keep their respective professional triathlete dreams alive. But since then, Jeanni has been thriving and Justin has qualified for his first IRONMAN World Championship after a stellar 2021.

Jeanni’s mother Mirjam was a runner in the past and she also competed in triathlons.

Jeanni’s bike exploits are supported by Quintana Roo and Shimano, while Castelli provides her with clothing for all three legs.

Precision Fuel & Hydration helps her stay energised and nutritionally topped up during training and races, as does Juice Performer. Jeanni also has a partnership with sunglasses brand Oakley. 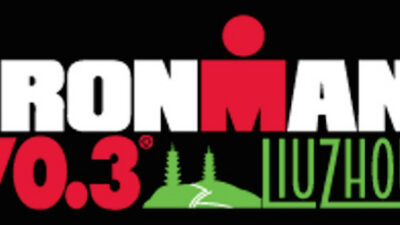