Sophie Coldwell – getting better every year

A chat with Sophie Coldwell

Early August, and 2018 has already been a fantastic season for Great Britain Elite athlete, Sophie Coldwell.

After finishing sixth at the Commonwealth Games in April (just seconds away from making that Duffy / Learmonth breakaway), Sophie has gone on to take her first ITU World Cup victory in Tiszaujvaros, Hungary, and then quickly followed that up with her first Senior international title, running away from the field at the ETU Sprint Triathlon European Championships in Tartu, Estonia.

After taking second 12 months ago over the Standard distance, her continued progression is impressive to follow. At just 23 years of age, her best years should still be ahead of her too. 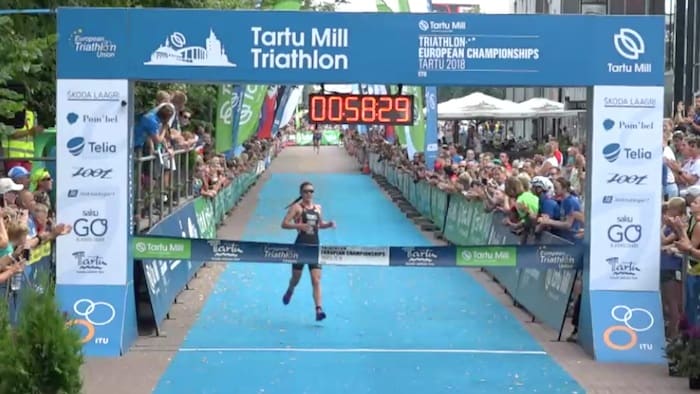 Last night (Thursday), Sophie was in central London providing her insight and guidance to athletes at a Descente London Duathlon Masterclass event, held at the impressive Descent store in Carnaby Street.

I took the opportunity to speaK to Sophie about her season to date, what she has planned for the rest of the year and her excitement at seeing if her Loughborough team can make the podium tomorrow (Saturday) at the Accenture British Triathlon Mixed Relay Cup. If you can’t get to watch that in person, follow it live online from 6:05pm. Check out the full interview in the video at the top of this page.