The four-time IRONMAN and IRONMAN 70.3 World Champion was actually the first athlete across the line – with the women starting 15 minutes ahead of the men, she held off France’s Romain Guillaume to cross the line first. Indeed, her 1:26:32 run split was was just over a minute quicker than the men’s champion. Based on her efforts over the closing couple of kilometres on the live stream, she absolutely wanted to cross that finishing line first! Daniela will be back to France in early September in search of a fifth IRONMAN 70.3 World Championship victory.

Guillaume’s victory meant another second place for Spain’s Albert Moreno Molins, as he was in 2018 and 2014.

Only the top five men finished the race quicker than Daniela.

The event also times each athlete on the climbs of the Alpe Du Grand Serre and the final climb of Alpe d’Huez – and on that final iconic climb, Daniela Ryf set the fast time… overall, including all of the Pro men. Here’s the data: 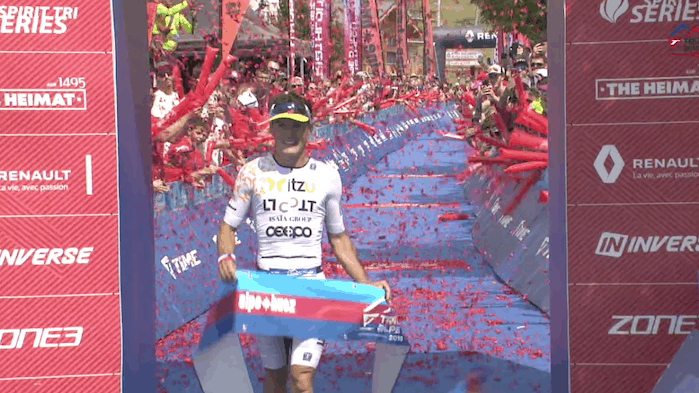 What a fantastically brutal day out at @alpe_triathlon yesterday! Really pleased at how I felt and pushed on. Managed to finish 24th overall and 1st British athlete home for the second year in a row! Thanks for having me back! #longdayout pic.twitter.com/hyWF3MuSxL 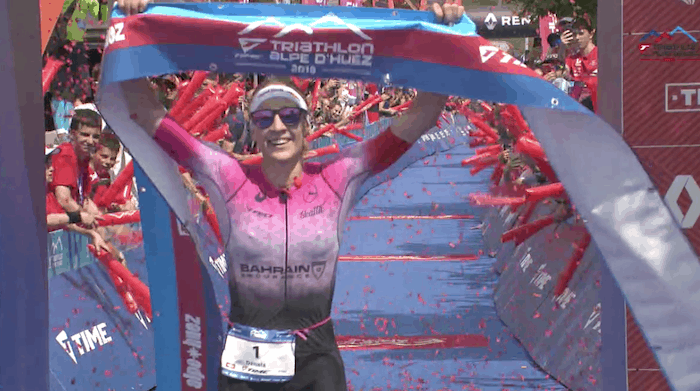