Another race, another win – Great Britain’s Emma Pallant adds another IRONMAN 70.3 win to her extensive collection in Lanzarote

Two wins in a week for Emma Pallant

The Canary Islands Government cancelled the swim section, though the revised bike-run format looks like it may have highlighted one particular issue with the start of the revised format for the Pro men’s race:

Germany’s Frederic Funk and Britain’s Emma Pallant were crowned winners of the eighth edition of the Club La Santa IRONMAN 70.3 Lanzarote, held on Saturday morning in Playa Blanca, Lanzarote. Around a thousand participants (up from 660 in 2018), took part in the event that has gained popularity in the IRONMAN 70.3 calendar.

Due to adverse sea conditions, the Canary Islands Government cancelled all activities at sea on Friday afternoon, including the swim section of the IRONMAN 70.3 Lanzarote. For that reason the participants only had to face 90 km of cycling and a 21 km run. Despite the cancellation, the 40 slots for the IRONMAN 70.3 Wold Championship remain standing.

The start took place at eight o’clock with the male professionals followed by the female professionals five minutes later by running from the transition zone to their bikes. The around 950 age groupers left the start line in groups of ten separated by intervals of 45 seconds. A sunny day but with strong winds forced the athletes into a tough bike course which did not change on the run course either. 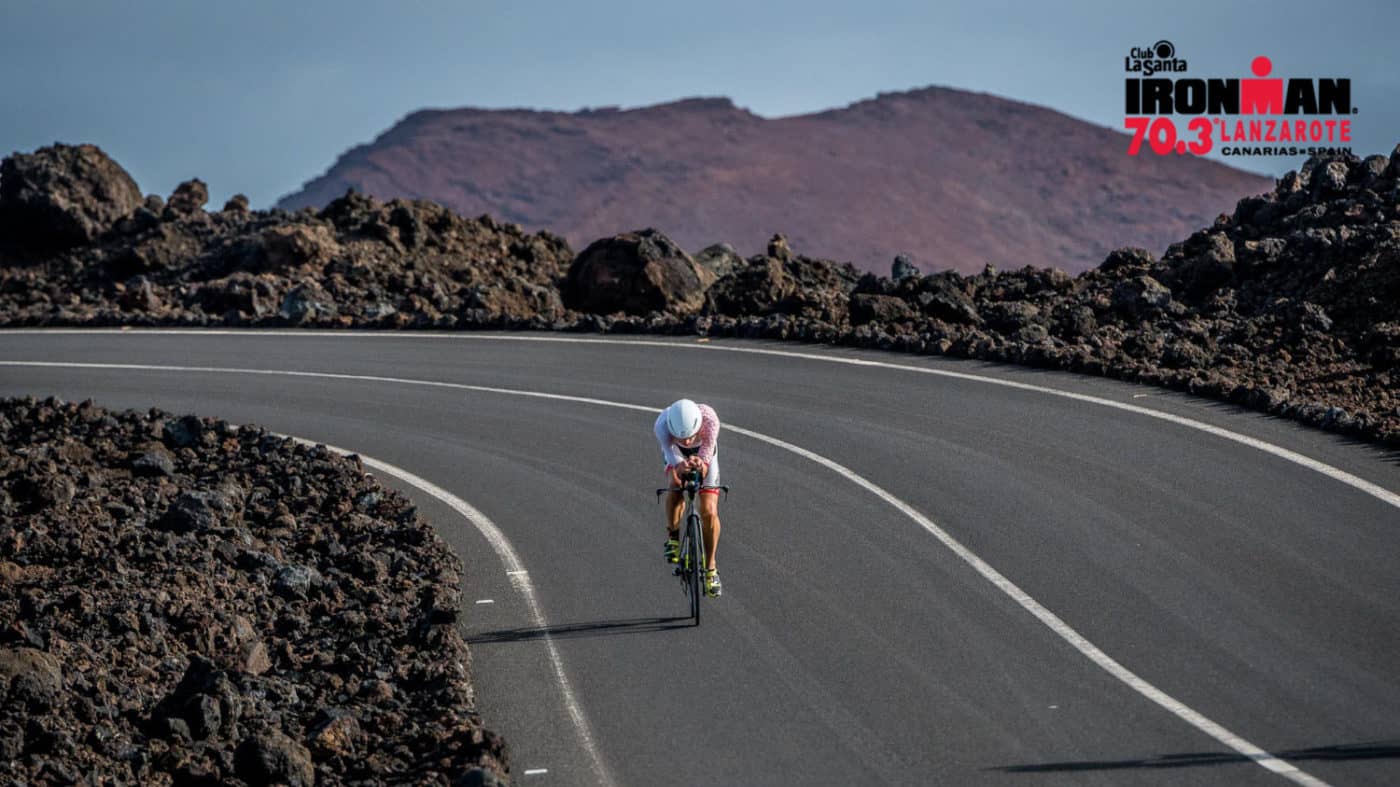 Spain’s Emilio Aguayo who was among the favourites, had to drop out at 13km due to digestive problems, followed by Alessandro Degasperi (ITA) later into the race. At 56km a group of five lead by Belgian Kenneth Vandendriessche, and countryman Pieter Heemeryck, Kévin Mauret (FRA), Frederic Funk (GER) and George Goodwin (GBR) were separated by seconds.

Only a few kilometres before the second transition zone, Team Erdinger’s Frederic Funk took the lead with more than a minute gap over Vandendriessche, Heemeryck, Goodwin and Mauret, which increased constantly by a very fast run performance. 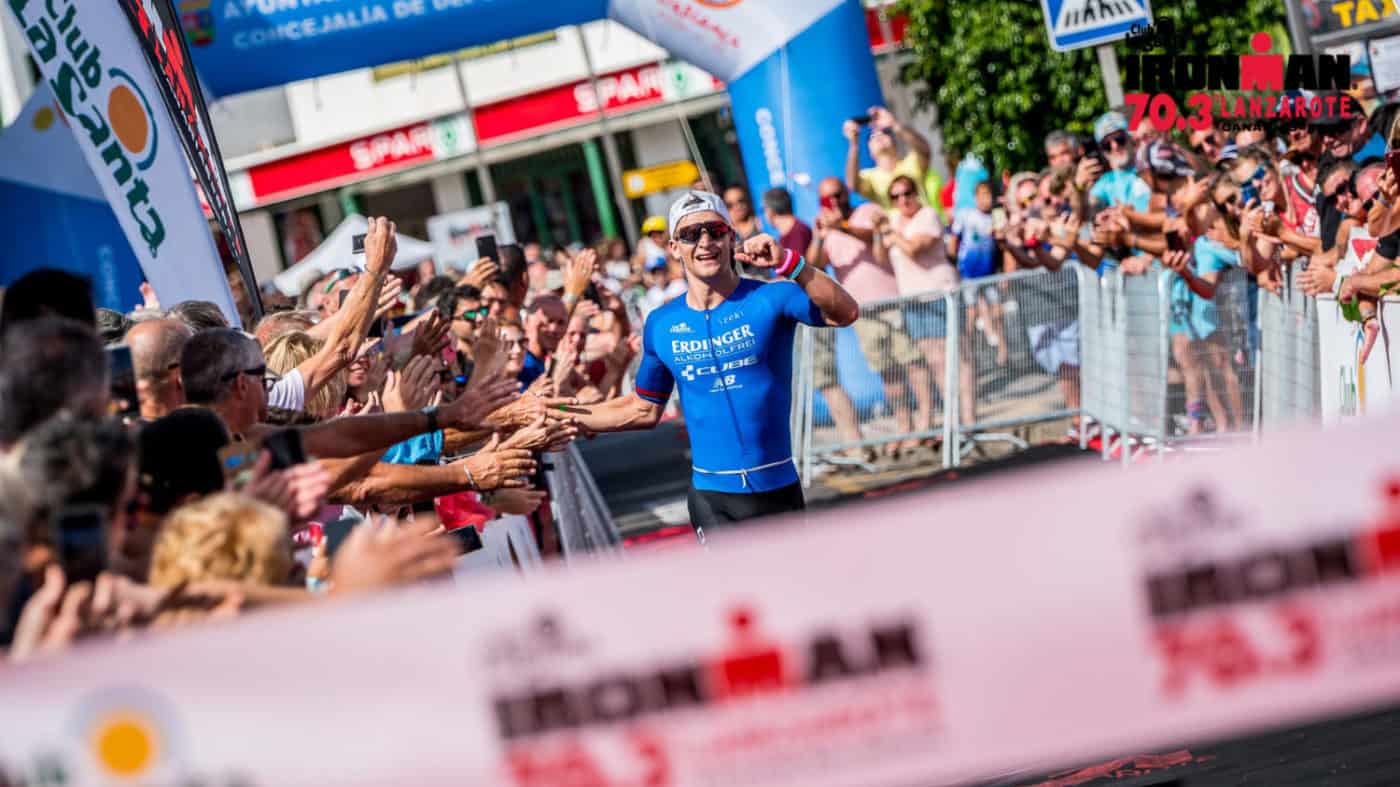 With no swim to separate the field, the bike leg didn’t break up too much either. The British duo of Lucy Hall and Emma Pallant were joined by ITU Long DIstance Triathlon World Champion, Alexandra Tondeur, reaching the dismount line within seconds, just over a minute clear of Tessa Kortekaas (NED) and Jeanne Collonge (FRA).

Pallant took the lead on the run from the start and was two minutes clear at halfway, with Hall showing improved run speed to still be challenging Tondeur. Emma was unchallenged over the remainder of the race, Tondeur held on for second place with Jeanne Collonge (FRA) overtaking Hall in the second half of the run to complete the podium. 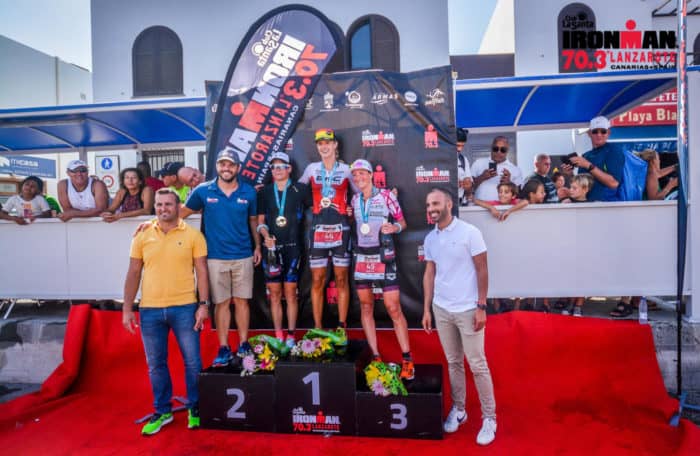 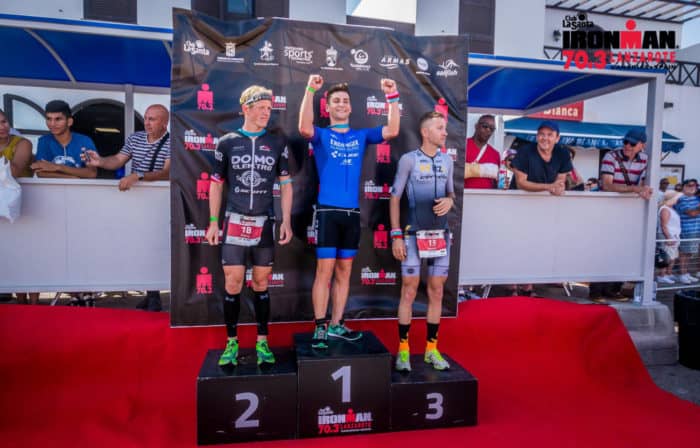