It’s been an ‘interesting’ four days in Japan at the Tokyo Triathlon Test Event ahead of the 2020 Olympic Games. From a headline-grabbing (outside of the sport) disqualification in the Elite Women’s race and adjusted race formats in two of the four events (including the Paratriathlon converted to a Duathlon), more by accident than design, the Local Organising Committee and crew have been able to ‘test’ a wide variety of scenarios. They will be hoping things are far more straightforward next year.

It’s always good to end on a high though, and from a wider sporting perspective, Sunday’s Mixed Relay was fantastic, and another demonstration of just why this format appeals to the ‘casual’ as well as the tri-geek. A thrilling finish, determined by a photo-finish and just eight one-hundreths of a second.

On a number instances in recent months I’ve noted the, in my eyes, under-performance of Team GB in the relay format relative to the talent at the their disposal. While the French team still have the ability to call upon Vincent Luis, the Brits didn’t have Jonathan Brownlee in their squad. The Mixed Relay Gold medal is absolutely up for grabs next year – and the Great Britain team are one of those who have the potential to win it.

It was a fitting end to four days of unforgettable action at the Tokyo Test Event on Sunday with Team France – anchored by Dorian Coninx – surging to gold after the 2019 WTS Bermuda champion edged a photo finish with Great Britain’s Alex Yee, Team USA coming home for the bronze.

Tokyo 2020 will be the first opportunity the triathletes have ever had to compete for a Mixed Relay Olympic gold medal, and on the evidence of this race, it could be one of the most dramatic events of the entire Games.

“It was a big responsibility and a big stress,” admitted Coninx. “I tried my best to save the most energy as I can and it worked so it’s unbelievable. I knew he was maybe the hardest guy to beat today and I was so focussed about overtaking him before the dive so I could drop him in the water but I crashed in.”

It was Great Britain’s Jessica Learmonth who took the race by the scruff of the neck from the starting horn, stretching out a decent advantage along with USA’s first confirmed Tokyo 2020 Olympian, Summer Rappaport, over the 300m swim, the likes of Maya Kingma (NED) and Brazil’s Vittoria Lopes following them out of the water some 15 seconds back. 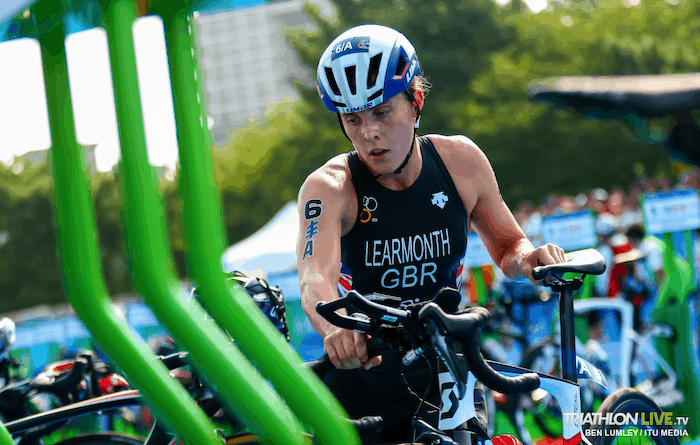 The pair were maintaining their lead after lap one of the bike, Team France, Germany and New Zealand in pursuit, when Learmonth made her move, and by the time she came out of T2 her lead was 20 seconds on the American, 30 on Cassandre Beaugrand and Laura Lindemann.

Gordon Benson took up leg two and was able to maintain the lead over the swim, while behind him Henri Schoeman was doing his best to make up the gap for Team South Africa, Tyler Reid also flying for New Zealand.   Back onto the bike course, Benson looked to be tiring as Gianluca Pozzatti had the lead down to six seconds, only for Benson to rally once again on lap two of the run and extend the lead to 11 seconds. Kenji Nener had the Japanese crowd going wild as he put in a brilliant bike, while Pierre le Corre (FRA) and Seth Rider (USA) were now 15 seconds back, South Africa within 30 seconds of the lead. 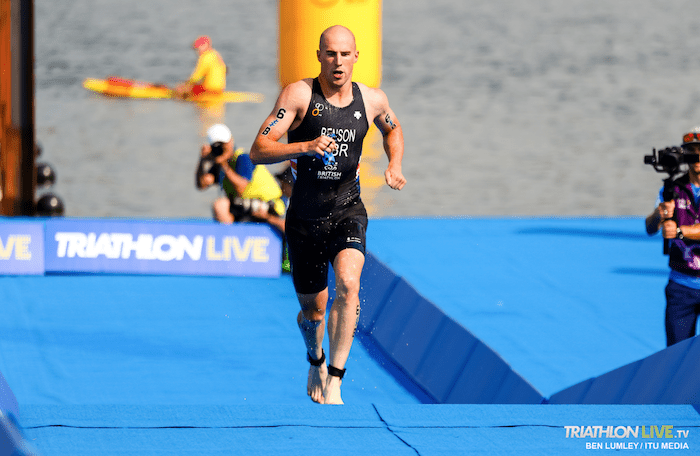 Alice Betto took up the cause for Italy and was working well with USA’s Tamara Gorman on the bike to put some time into Georgia Taylor Brown’s lead, their efforts on the third leg quickly bringing the race up to a simmer. Betto faded but, now alongside Gorman, Leonie Periault was having an incredible leg for France and it was her breathing down Taylor Brown’s neck by the final handover. 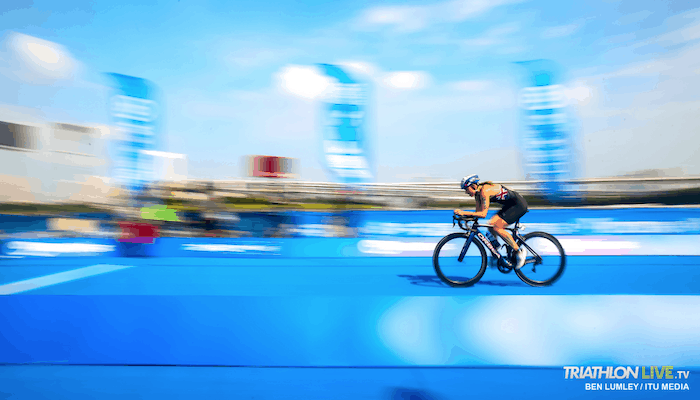 If the podium looked set to be composed of a combination of USA, France and GB at that stage, by the time Ben Kanute, Dorian Coninx and Alex Yee came out of the water and settled into the bike it was almost inevitable despite the best efforts of Australia’s Ryan Fisher and Italy’s Alessandro Fabian. 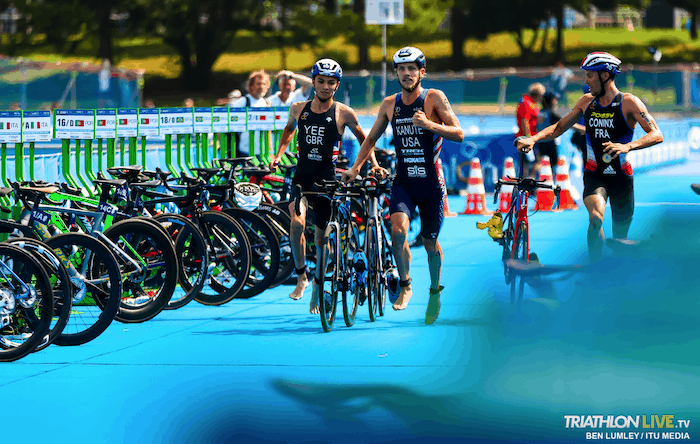 Kanute would try and pull away on several occasions and it was taking everything Yee had to keep with him and Coninx. Stay with them he did though, and the Brit had the lead out of T2, albeit with his rivals right on his shoulder. The three then became two after one lap with Kanute unable to match the incredible pace being set and there was nothing to choose between that pair as the blue carpet came back into sight for the final time. Once onto the finish chute, however, it was Coninx who was able to pull away and, though Yee bravely fought back to force the photo finish, it was the World Champion French team who were once again able to celebrate as the result was confirmed. 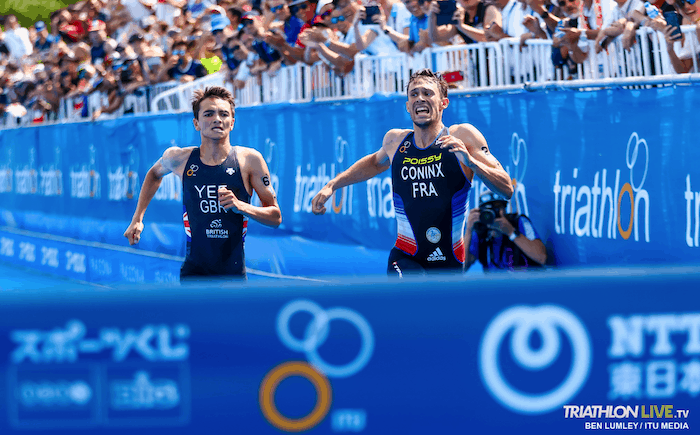 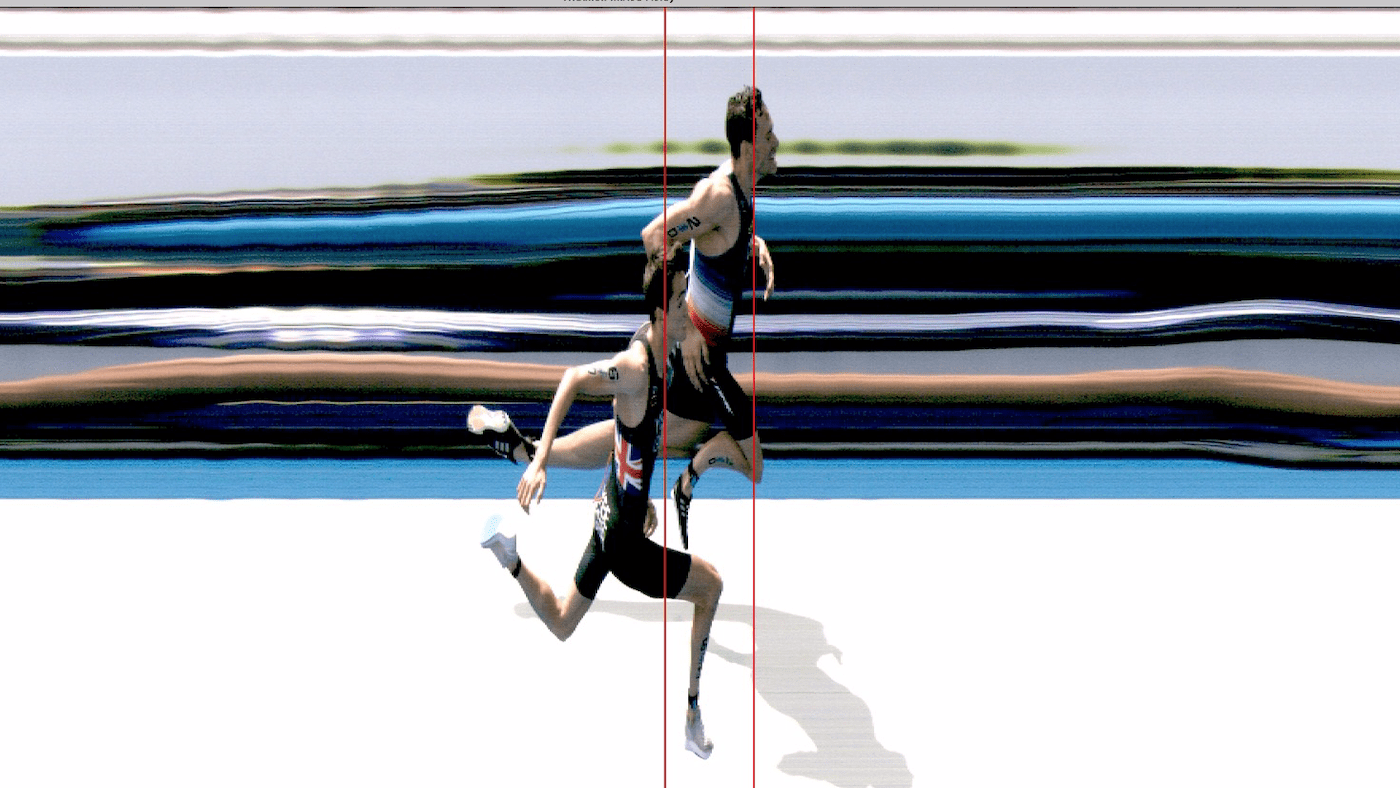 “It was a great race, a great fight. I gave it everything I had and today it wasn’t enough but I am proud of myself for giving it all I had. The guys put me in a fantastic position and I can’t thank them enough”, said GB’s Alex Yee afterwards.

“I love this course,” said USA’s Summer Rappaport. “I am excited to come back next year and it was great to check out the relay course with these guys, I’m really proud of our podium performance. This bodes well for the US team, we have so many strong athletes that can perform and it was great that we could go out there and earn the bronze today.”