The most beautiful challenge in triathlon? That’s something that the Nevis Triathlon in the Caribbean has a fair claim at.

It’s not the biggest / longest / toughest event around, but if you are looking to combine a late season paradise holiday with your swim, bike and run hobby, then heading to Oualie Beach on the island of Nevis will be a memorable and enjoyable experience.

The 2019 event – the 18th edition – took place recently, at a venue we got to visit and experience back in 2014. TRI247’s Paul Shanley but together an extensive travelogue series after that visit (honestly, it’s a great read), which will give a great insight into the island and the warm welcome that await. You can find those on the links below.

Here’s the update from 2019 – the race won, for an eighth (!) consecutive year by Great Britain’s Jane Hansom.

LARGEST BRITISH CONTINGENT TO DATE AT THE EIGHTEENTH NEVIS TRIATHLON

The 18th Nevis Triathlon celebrated this year with two local winners among the most international field to date.

Fifty eight percent of the participants travelled from outside St. Kitts and Nevis with the United Kingdom making up the largest percentage (thirty three) of the total athletes alongside competitors from Slovenia, the USA, Trinidad and Tobago, Barbados and Puerto Rico. 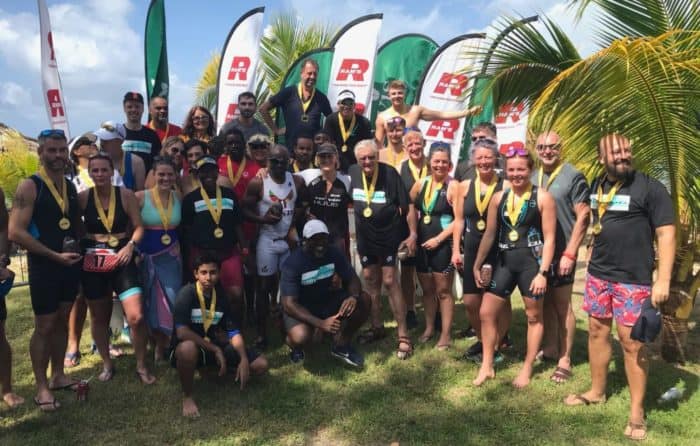 Two local Nevisians triumphed. James Weeks, who has been involved in the sport of Triathlon on Nevis for many years, was the overall winner and the winner of the men’s race in a time of 1hr 39 mins and 10 seconds. Ten year old Troy Nisbet, competing in his very first triathlon showed great promise by winning the Tri a Tri in 1hr, 3 mins and 55 seconds.

Jane Hansom from the UK won the ladies race for the 8th consecutive year in a time of 1hr 41mins and 22 seconds followed by local Valerie Gregorie in 2nd and Harriet Upton also from the UK in third. 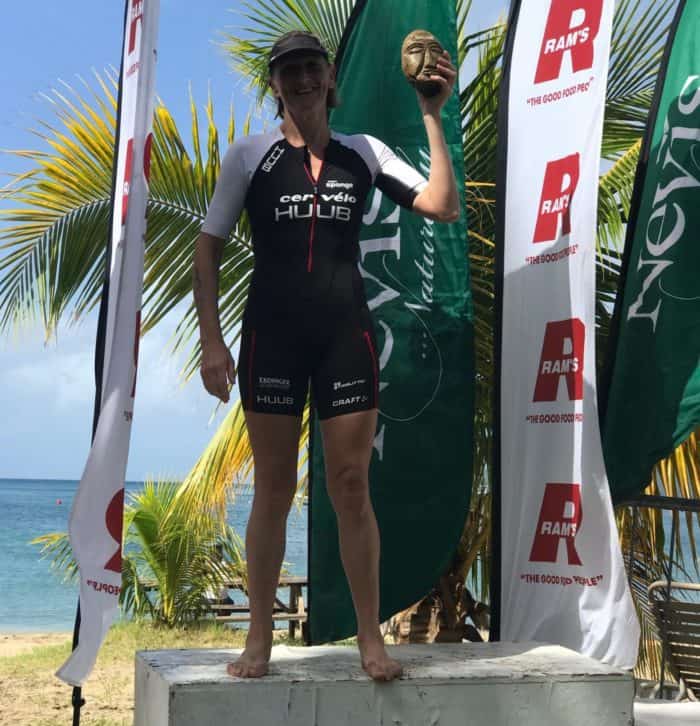 This year’s Nevis Triathlon was hosted at Oualie Beach – a new venue for the triathlon with a stunning backdrop and finish line right on the beach. This was the final sporting event of the year for the island (after the Nevis to St Kitts Cross Channel Swim in March and the Nevis Marathon in September) and one that was very well attended.

The Upton family, members of “The Amphibians” triathlon club from Horsham, UK came as part of a seven athlete delegation, five of whom were competing in their first ever triathlon.

Justine and Martin Upton each lost in excess of four stone within the last year and only recently took up triathlon. The beautiful island of Nevis was their preferred choice of end of year triathlon as they wanted an active holiday destination. They loved the friendly atmosphere of both the race and island so much that they already have expressed their intention to return next year. 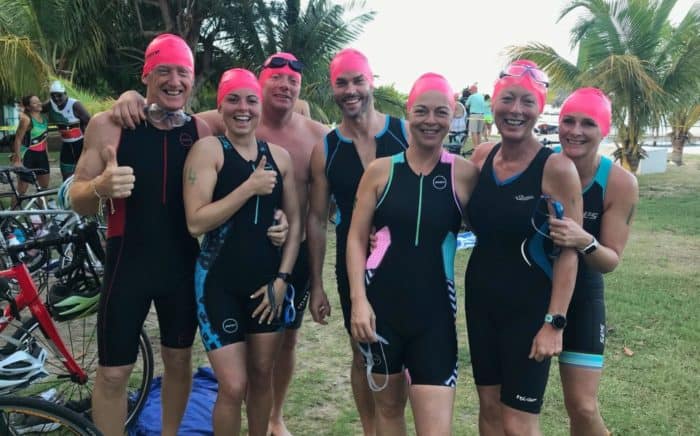 Race organiser Greg Phillip said, “The international composition of the competitors in this year’s triathlon is a result of hard work and a clear sign of the forward direction in which the Nevis Triathlon is headed. I am both pleased and encouraged by this.”

The 2019 Nevis Triathlon continues to impact the local Nevis economy in a positive way resulting in increased tourism and awareness of this beautiful island.

The nineteenth Nevis triathlon is scheduled for Saturday November 7, 2020.

BA offers two flights per week to and from St. Kitts on Wednesday and Saturday ​from London Gatwick Airport to Robert L Bradshaw International Airport. The fight duration is 9 hours and 50 minutes, including a brief stopover in Antigua.​ Nevis is a 10 minute ride from St. Kitts by water taxi. For the best packages and to book visit ba.com/stkitts ​or call 0844 4930758. There are also daily flights to Antigua with BA and Virgin then with TradeWind Aviation for direct connections to Nevis on Fridays, and Sundays.