What’s been going on in the world of the Challenge Family series of races across the summer – and what is coming up over the next few weeks?

What’s going on in the world of Challenge Family?

Welcome to a new monthly feature where we will bring you all the news and action from the world of the Challenge Family (www.challenge-family.com) series of races.

With so many races in different countries, we decided it would be good to apply a bit of order to all of the action so you don’t miss anything that goes on – with our unique British perspective on what has been happening and what to look forward over the coming months.

The European summer is in many ways peak season for the Challenge Family, and we’ve seen plenty of activity on an almost weekly basis. Here are just a few highlights.

The incredible x-bionic sphere in Samorin, Slovakia hosted the second edition of this marquee event in early June, and it was another memorable one. Great Britain’s Lucy Charles and Canada’s Lionel Sanders both returned to retain the titles they won 12 months previously against world class competition, which was broadcast live (you can still see the coverage HERE, hosted by TRI247 Editor, John Levison and Danish Professional, Michelle Vesterby). Full report from Samorin can be found HERE.

Regarded by many athletes as the best triathlon in the world, Challenge Roth has for many years been the iconic race of the European summer. After twice finishing second, Germany’s Sebastian Kienle took the title this year in fine style, while Daniela Sämmler secured a German double, breaking the tape just nine seconds ahead of Lucy Charles! The full report from Roth is available HERE.

In the Age-Group ranks, we spotted an interesting family story from Challenge Roth. Richard Cooper (father) and his sons Jack and George all raced to raise money for the mental health charity, Mind. Their ambitious goal was for all three to finish in under 11 hours – and they achieved it! Richard (10:52:45) finished second in the M60-64 division, while George (10:24:33) and Jack (10:37:43) also joined Dad under the 11 hour mark. Congratulations to the Cooper’s! Read more about their challenge HERE. 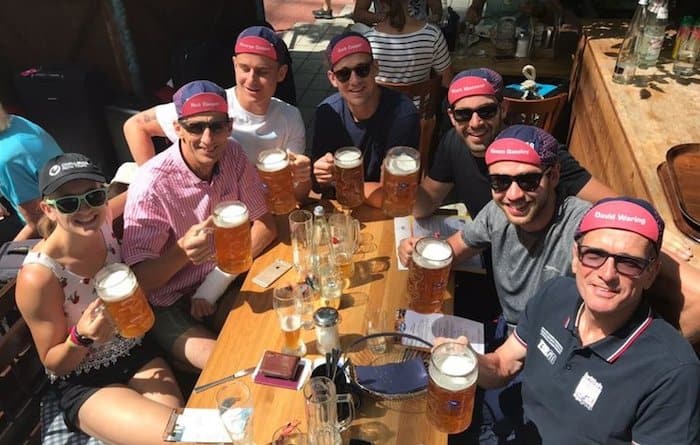 Congratulations also to Tom Vickery. Tom was the first British Age-Group finisher in Roth, breaking the nine-hour mark for the first time to cross the line in 8:58:20. Impressively, he finished with a 2:53:41 marathon. Read more about Tom’s Roth experience and race HERE. 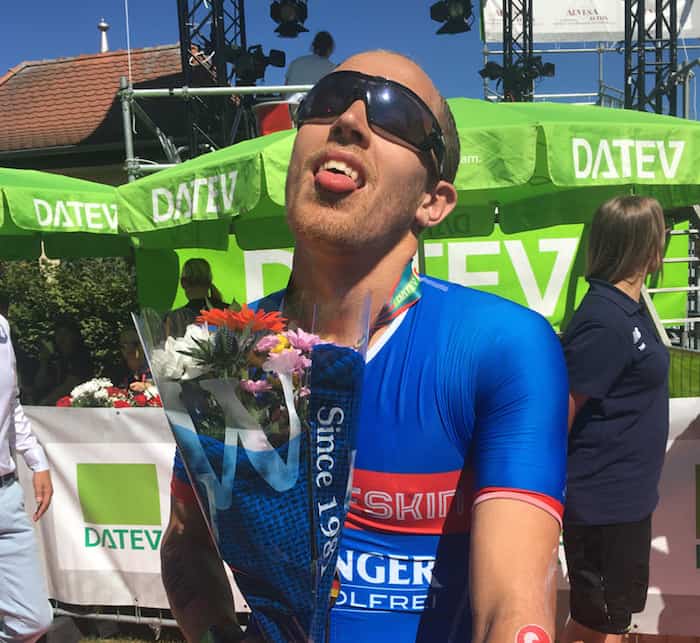 Photo of the month

Sometimes not everything goes to plan, and that was certainly the case for Kimberley Morrison recently at Challenge Prague. After a great season to date, Kim’s prospects of even starting in Prague were under threat when her bike was lost in transit – but thanks to the team at Challenge Prague, an alternative was found, and Kim went on to finish sixth… and was still first off the bike!

Interesting few days in Prague. Unfortunately Kim’s bike has been lost but the amazing team at ⁦@challengeprague⁩ have got Kim a bike to ride. Looking forward to seeing what she can do pic.twitter.com/LH3k4OMw8t

We’ve also got several Challenge Family event galleries up online now. Check out some great images from Salou and Geraardsbergen.

CLICK HERE FOR ALL OF THE THE UPCOMING CHALLENGE FAMILY EVENTS

The race starts with a 3.8km swim in the Buitrago de Lozoya Reservoir, 75km from the Spanish capital, before setting out on a challenging bike course which will include the ascents of Canencia, Morcuera and Cotos providing a physical test in the most stunning surroundings. The four lap run course takes place almost entirely within Madrid Rio, a huge cultural and recreational area within the city. A home to a vast number of play areas, exhibitions, music festivals, theatres and more, it provides a great venue to complete the third and final section of this great new addition to the Challenge Family schedule.

The Challenge Madrid Festival will also include a number of side events, including the Sailfish Sierra Norte Swim Challenge (1.9km or 3.8km options), the 4km TOTTO Fun Run, a Junior Run and – for those of you who want to experience the stunning bike course without swimming or running – a Grand Fondo Time Time Trial. You can also race the long distance triathlon in Relay format, with a team of either two or three athletes. In summary, plenty of options for everyone.

CLICK HERE FOR A FULL GALLERY FROM CHALLENGE MADRID 2017

A couple of interesting ones from Challenge Roth. In finishing fourth this year (after second place in both 2016 and 2017), Joe Skipper broke the eight hour mark for the long distance for the third time in his career.

There was also record-breaking going on for Bryan McCrystal, who with an 8:07:37 finish (eighth position) absolutely smashed his own Irish long distance record by more than 20 minutes!

How To Qualify For The Championship 2019?

In just two years, The Championship (www.thechampionship.de) has cemented itself as one of the best and most important races on the annual calendar – and you can qualify to race on Sunday 2nd June 2019 in Samorin, Slovakia. What do you need to do? Well, it’s all explained on these links: Age-Group qualifying | Pro qualifying | Loyalty slots. 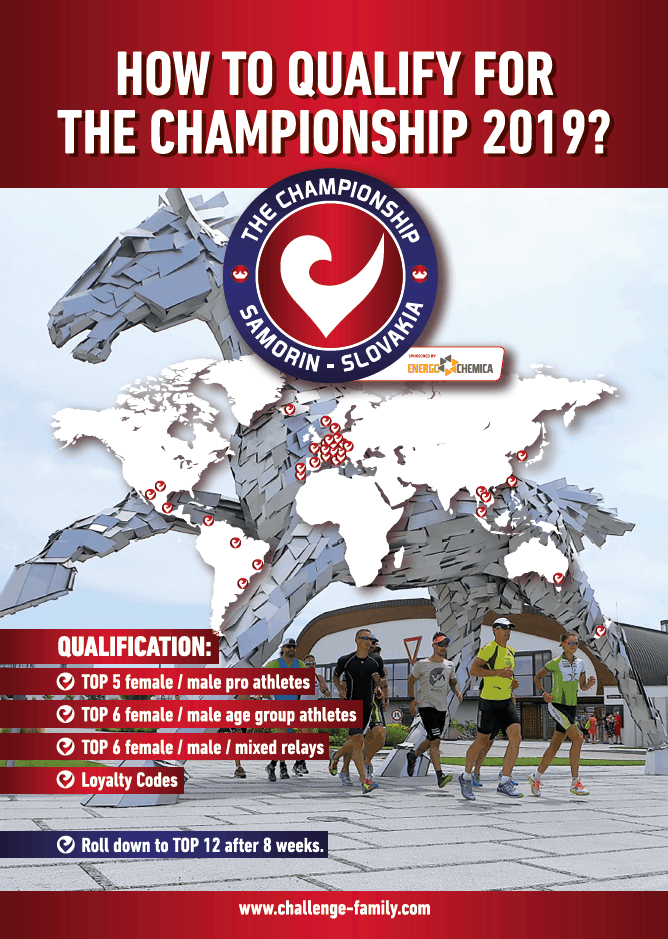 For more details on the Challenge Family, visit www.challenge-family.com