For the past two seasons the ITU have combined many of their World Championship events into one Multisport Festival over a 7-10 period. The events in Penticton, Canada (2017 – REPORTS) and Fyn, Denmark (2018 – REPORTS) have received positive feedback from those we have spoken too, with several athlete being able to race in multiple events in one trip.

Given that success, it is probably a smart more for the ETU to follow suit with a similar format, with Ibiza providing the venue for the first ETU Multisport European Championships (www.ibizamultisport2018.com) starting tomorrow, Saturday.

If the format appeals, you won’t have to wait too long until your next edition opportunity either, with the 2019 ITU World Championships set to take place in Pontevedra, Spain (the home town of Javier Gomez), from 27th April to 5th May 2019. More on that one here: www.pontevedra2019.org.

What’s going on in Ibiza?

A packed schedule of events includes: 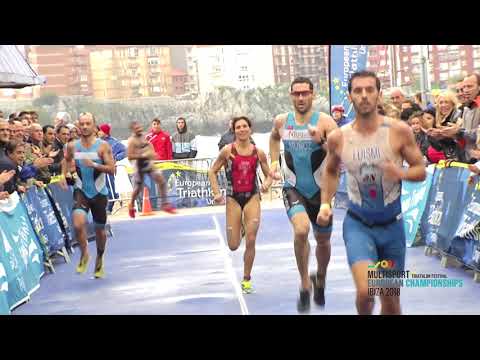 Which British Elite athletes are racing?

Nicole Walters (Silver, ITU Cross Tri), Georgina Schwiening (Bronze, ITU Duathlon), Hannah Kitchen (Silver, ITU Aquathlon), Sam Dickinson (Silver, ITU U23 Triathlon) and Chloe Pollard (Silver, ITU U23 Aquathlon) all have an opportunity to add further medals to their 2018 collections, while Sarah Lewis will be seeking to match or better the Bronze medal she won at this championship in 2017, when the race was held as part of Challenge Herning, Denmark.

We’ll be keeping you up to speed on the action, the winners and off course all of the GB Age-Group team podium results over the next week.