Here is our final Age-Group medal roundup of all of the events from the Fyn ITU Multisport World Championships in Denmark, which covers the ITU Long Distance Triathlon World Championships held in Odense on Saturday. If you have missed any of the coverage so far – and we’ve reported on every event – here are all the links you need:

Tough racing meant that medals were tough to come by, but three British Age-Group athletes – all with impressive CV’s already – secured Gold medals.

Another winner – again – was the ever impressive Gill Fullen (F50-54). Adding to Gold on Sunday in the Duathlon (HERE), a successful trip to Denmark, after having also won her AG at the IRONMAN 70.3 European Championship, also in Denmark. Her next big race? Ironman Copenhagen! It’s certainly a ‘Denmark’ kind of a year for Gill.

The third Age-Group Gold was from Jane Wiley (F60-64), who won the same championship three years ago in Motala, Sweden.

There were Gold medals too for Para athletes Iain Dawson (PTVI) and Mark Conway (PTWC). Iain added to Gold in the Aquathlon, while after Silver in Aquathlon and Duathlon, Mark added his third medal of the week. 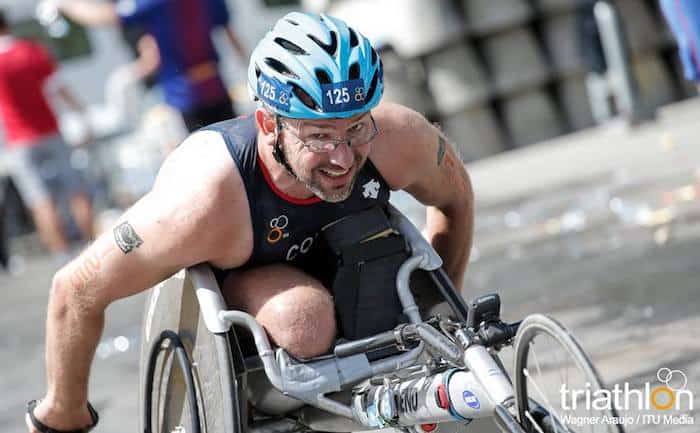