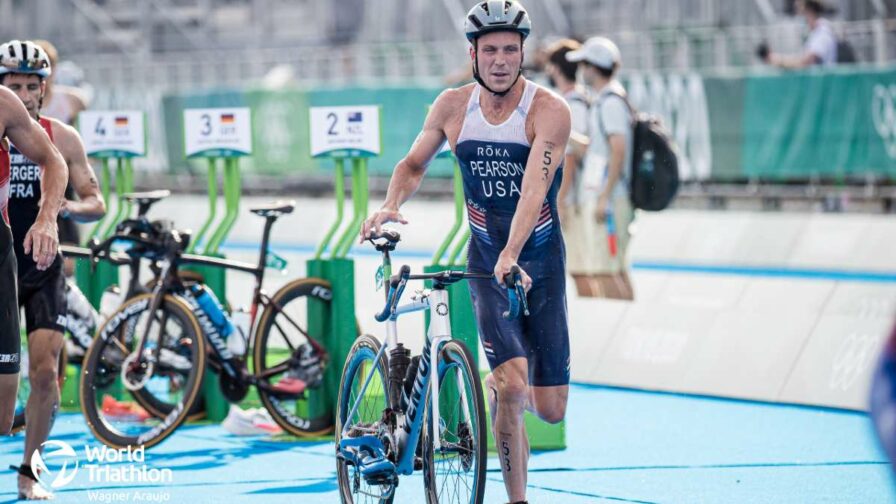 Morgan Pearson said he felt “embarrassed” following a devastating disappointment in the Olympic Games Triathlon, which saw him finish a disappointing 42nd in Tokyo on Monday.

The 27-year-old American has been one of triathlon’s burgeoning talents in the lead-up to the Games, but he endured a torrid race in brutal conditions in the Japanese capital.

As well as “feeling awful the entire day”, Pearson picked up a 15-second time penalty for equipment being outside the box in T1.

BBC commentator and former Great Britain triathlete Annie Emmerson had tipped Pearson to finish at “the pointy end” of the field before the race, while Laura Siddall fancied him to claim a medal.

But Morgan never recovered from his early setback and struggled for pace over the last two legs. He would finish the day more than seven minutes back from race winner Kristian Blummenfelt.

“Rough day for me,” he wrote on Instagram. “Was feeling awful the entire race – but that is sport and I refuse to make any excuses.”

What’s more agonising for the 2019 ITU Triathlon World Cup silver medalist is that he had actually beaten Alex Yee – who picked up silver in Tokyo – over Olympic distance in Yokohama in May, coming home in third on that occasion.

Morgan on to Mixed Relay

Pearson also finished second in Leeds this year, but his hopes of a medal at the Olympics now rest on the Mixed Relay Triathlon event.

He will team up with Kevin McDowell and two of Taylor Knibb, Summer Rappaport and Katie Zaferes for Saturday’s eagerly-awaited inaugural running of the new format at Odaiba Marine Park.

“I am very sad right now and feeling a bit embarrassed,” Pearson admitted. “We still have the relay next weekend, so I’m going to do my best to put today behind me and to prepare for the relay.”