Ok, so the weekend ahead isn’t quite the monster schedule that we were looking ahead to this time last week, but there are still plenty of quality international events on the calendar.

Highlights include an ITU World Cup, an ETU European Championship and an IRONMAN 70.3 Continental Championship. Add in several more 70.3 events – and a British line up of athletes that includes Holly Lawrence, Tim Don, Emma Pallant, Adam Bowden just to name four – along with the season debut of the reigning IRONMAN World Champion, and there’s plenty of interest to keep tabs on this coming weekend.

With that, let’s dive in…

Popular Stories Right now
IRONMAN 70.3 Tasmania 2023: Preview, course and how to follow live
Statement of intent from Canyon – but Specialized scale back
Jan Frodeno up and running as comeback gathers pace

Mallorca is a BIG race – possibly the biggest participation 70.3 event on the annual calendar – and perhaps that’s why, for the second year, 70.3 Mallorca will not feature a Pro race once again.

There will still be plenty of British interest in the Age-Group events, including Paul Lunn, who was recently announced as a member of the 2019 Specialized Zwift Academy Triathlon Team. Paul has raced every IRONMAN 70.3 event in Mallorca since its debut, winning his category in the last two as well. After Laura Siddall last week, can Paul create his own ‘three-peat’?!

Four British Elite athletes and plenty of Age-Groupers at this one, as Denmark hosts the ETU Powerman Championships for the third time in four years.

Check out our separate preview piece on this one HERE – and also an extended piece, including some in-depth analysis on the Age-Group race, on the ETU website HERE.

The latest of the ETU European Cup series will see several British athletes racing over the Sprint distance in Portugal; Iestyn Harrett, James Teagle, Gordon Benson – though no entries in the Elite women’s race that we can see.

From Madrid, Spain to Chengdu, China, the ITU World Cup tour moves continents this week and will take place over two days, with a semi-finals and finals approach over Sprint and Super-Sprint format, respectively. With such a busy calendar, it’s no surprise to see the absence of the Union Jack on the start lis for this race.

After winning the IRONMAN 70.3 North American Pro Championship in fine style last weekend in Utah, this week Great Britain’s Holly Lawrence will be aiming for the $14,000 first price on offer at the 70.3 Asia-Pacific Championship in Danang. Defending champion Radka Kahlefeldt (CZE) is on the start list too, along with Sarah Crowley (AUS) and Ellie Salthouse (AUS) – but last weeks PERFORMANCE surely marks her out as a strong favourite for back-to-back wins.

Tim Don is also racing, along with 2018 winner Tim Reed (AUS), 2017 champion Tim Van Berkel (AUS) and the seemingly ageless Craig Alexander (AUS), who has already won in Liuzhou, China and Bussleton, Australia this year as he approaches his 46th birthday. Add in Terenzo Bozzone (NZL), Mike Phillips (NZL), Sam Appleton (AUS) and Kevin Collington (USA), and you have plenty of quality set for this one.

A year ago Great Britain’s Fenella Langridge made her Pro debut at this race and took third place in some incredibly wet and cold conditions, on what is a very challenging course. More podiums followed through the year, so she will be hoping this kick-starts the same run of success in 2019. 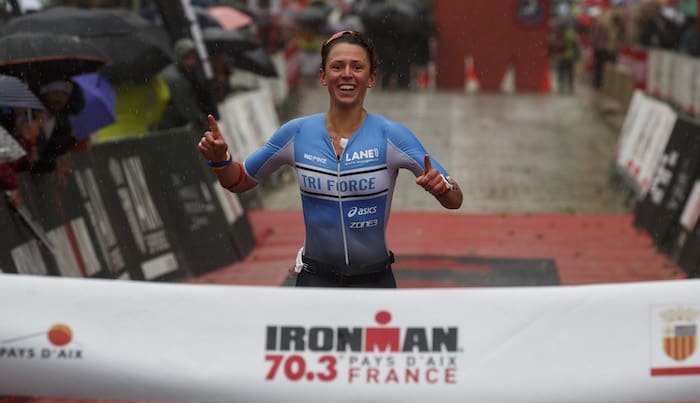 There are plenty of other Brits schedule to race too: Adam Bowden, Sam Pictor, Ashley Hurdman, Emma Pallant, Natalie Seymour, Nikki Bartlett, and India Lee. For those with eyes on the 70.3 World Champs in Nice later in the season, this will be a good chance to test themselves out on some challenging French hills. 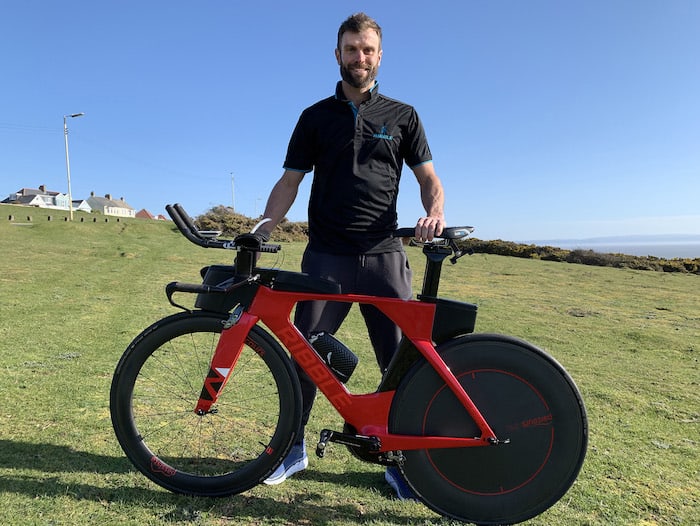 With all of the racing last week at the ITU Multisport World Championships in Pontevedra, a weekend with no domestic championship races or Age-Group qualifiers is probably a rare and welcome breather for everyone.

As we are into May, the volume of races increases again, so we’ll just pick out a few highlights from the weekend ahead: