There’s no doubting what the focus of this weekend will be, as all eyes will be heading towards the United Arab Emirates and the World Triathlon Series Abu Dhabi, which kicks off the WTS season for a fifth straight year. That – of course – will be the starting point for this week’s weekend preview. Let’s get to it…

The weekend starts early with a Friday-Saturday double-header at the ITU World Triathlon Abu Dhabi, the first event of the 2019 WTS season. The Elite athletes will be racing over the Sprint Distance on Friday at the Yas Marina F1™ course.

Last year’s races were impacted by the rare addition of rain which made the smooth roads of Yas Marina (compounded by the oil residue from the racing cars), very difficult and we saw several athletes crashing, including Jonathan Brownlee and Flora Duffy.

Henri Schoeman seemed to make light of the conditions, pulled away with a fearless bike leg and held firm over the closing 5km for an impressive victory (HERE), while Rachel Klamer – third recently in the Super League Triathlon Series standings – took a first WTS victory ahead of Great Britain’s Jessica Learmonth (HERE), with more than 20% of the field crashing out. Fortunately the weather forecast for this weekend appears to be far more pleasant.

11th for Vicky Holland and one of the many DNF victims for Katie Zaferes (USA) last year in Abu Dhabi, didn’t ruin their seasons. Both recovered from that start eventually leading to that head-to-head battle at the Gold Coast Grand Final to determine the 2018 World Champion, with Holland’s second place enough to take her to the top of the season standings ahead of the third from Zaferes. Both return to Yas Marina and will expect better luck this year, where they will be joined by Grand Final winner, Ashleigh Gentle (AUS). From a British perspective, Vicky is joined by Georgia Taylor-Brown, Jessica Learmonth, Non Stanford and India Lee. Only Kirsten Kasper (USA) and Jodie Stimpson are absent from the 2018 year-end top 10.

Speaking to British Triathlon ahead of the event, World Champion Vicky Holland said, ““As an athlete, you always look forward to getting back on the start line after a few months of knuckling down and getting the hard work done over winter. I’m feeling good, so Abu Dhabi will be a good test to see where I’m at and how training has gone. With the Olympics now only a year away, it’s definitely going it be an exciting road ahead.” 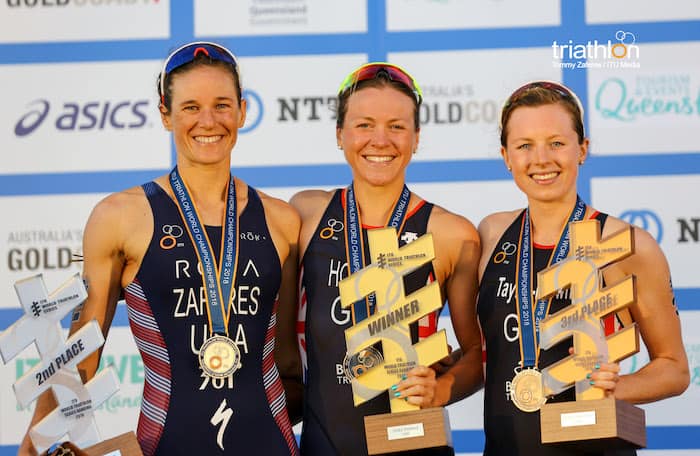 The men’s field, statistically, may be even stronger with Jonathan Brownlee the only name absent on the start-list from the top 20 athletes in the final 2018 rankings. The British men will be represented by Tom Bishop (who had his best ever WTS result, second, in Abu Dhabi two years ago), along with the exciting prospect – and a WTS debut – for Alex Yee, fresh off of his great start to the year with a World Cup win in Cape Town. Can he remain in contention starting the final 5km? That might be a tough ask given the depth of competition racing and the quality of swimmers at the front of the race, but having just turned 21, however the race plays out will be hugely valuable to his career development. 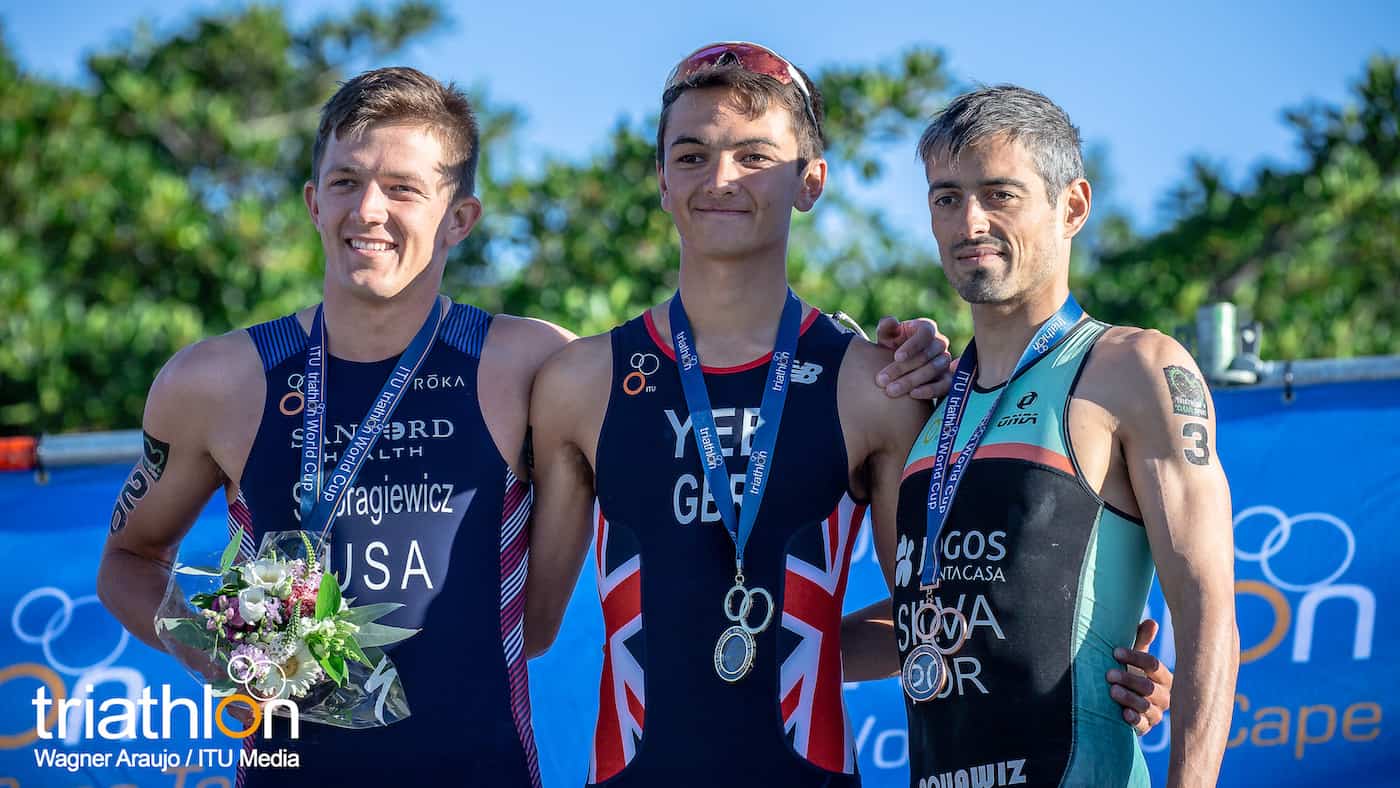 The three-time and reigning ITU World Champion, Mario Mola (ESP), has finished 1st / 1st / 8th / 2nd in the four previous WTS races in Abu Dhabi, with Vincent Luis (FRA) taking 2nd / DNS / 3rd / 3rd over the same period. Applying the ‘horses for courses’ approach, combined with the form Luis has shown in Super League and Mola’s typical consistency, it would be no surprise if both were on the podium once again.

The ‘double-header’ mentioned above reflects that on Saturday we’ll have the first World Triathlon Mixed Relay Series event of the year, part of the Olympic qualifying process for Tokyo 2020. The British team for that Relay will be selected after the individual race on Friday, with Barclay Izzard also travelling with the team for potential consideration in the squad.

After sixth place last week in Clermont, Morgan Davies races again this weekend in the US at the Sarasota-Bradenton CAMTRI Sprint Triathlon American Cup. The sole M-Dot event of the weekend is IRONMAN 70.3 Bariloche in Argentina. No Brits on the start list for that one, where Igor Amorelli and Pamella Oliveira will hope to step up from their second place finishes 12 months ago.

Sunday’s Bedford Autodrome Sprint and Standard Duathlon from Nice Tri Events host ETU Age-Group qualification races for 2020 over both distances at the flat and fast Thurleigh Airfield. That will also provide a warm-up to many for the British Championships which take place at the same venue next month.

Other run-bike-run events on the schedule include ‘Little and Large’ options at the Aboyne Duathlon in Aberdeenshire, ‘Sprint and Long’ events at the Gravesend Cyclopark Duathlon, the long-standing Firefighters 2UP Duathlon from Epic Events, the Ely Tri Club Duathlon (previously known as the Monster Duathlon), the Wildflower Duathlon (at the National Botanical Garden of Wales) and finally the Mark Madness London League Duathlon and the Lea Valley Velopark (www.veloparkduathlon.com).

As is typical around this time of year, a few swim-run events too, namely the Tewkesbury Tri Club Aquathlon Race 2 at Tewkesbury Leisure Centre and the Wirral Children’s Aquathlon organised by Mersey Tri.

If you are racing anywhere this week, good luck – and if you are not, don’t forget the coverage from World Triathlon Abu Dhabi!