Strong across all disciplines, Denmark's Daniel Bækkegård looks set to be one of triathlon's shining stars of the next decade
Height
6'3"
190cm
Birthplace
DK
Copenhagen
Age / Birthday
26
26 Apr 1996
Follow 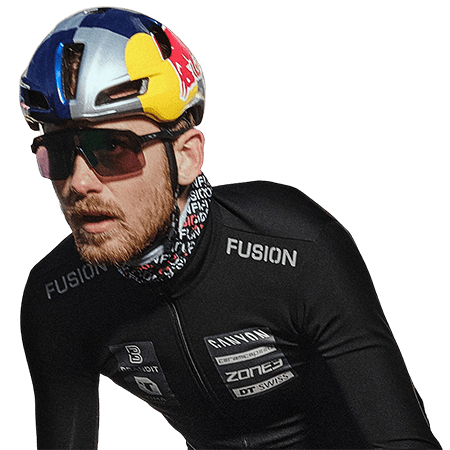 Denmark’s Daniel Bækkegård is one of the rising stars of long-distance triathlon, having stormed into the top 10 in the PTO rankings during an impressive 2021 season.

The 25-year-old only switched to triathlon in 2014 after a decorated junior swimming career in which he won 20 national titles, and he quickly advertised his potential over three disciplines instead of one.

Based in Odense, Denmark, Bækkegård was introduced to the sport by the Danish Triathlon Federation’s youth programme. He soon showed aptitude for the longer events and made his IRONMAN 70.3 debut in 2018.

Coached by Kasper Gjel, Bækkegård rose to prominence in 2019 where victory at IRONMAN Austria, his first foray over the full distance helped propel him into the PTO’s world top 40.

That victory in Austria saw the Dane celebrate with what Triathlete magazine dubbed the ‘Bækkegård Smash’, which earned him their best finish award for the year. Also in 2019, Daniel won IRONMAN 70.3 Finland, while he topped the podium at IRONMAN 70.3 Tallinn in 2020.

Bækkegård’s stellar 2021 campaign saw him secure 70.3 victories in Dubai and Lanzarote and break the eight-hour barrier for the full distance when finishing third in Tulsa. He also showed his big-race pedigree with a third place finish at the IRONMAN 70.3 World Championship in St George.

The Dane is not short on ambition either, with the IRONMAN World Championship title firmly in his sights. He says: “My biggest dream is to win Hawaii.”

Bækkegård’s swimming background means his highest individual ranking is in the water, though his bike and run stats have improved greatly since his early days in the sport. He really is a well-rounded triathlete with no weaknesses.

Having opened the year with seventh place at IRONMAN 70.3 Marbella, the Dane finished third at both Challenge Finland and Challenge Walchsee, both events won by German legend Sebastian Kienle. He backed this up by placing fourth at Challenge Peguera and sixth at Challenge Sardinia.

Daniel won the only race he completed in the COVID-19 affected 2020 season – at Ironman 70.3 Tallinn He led out of the water there and held off Germany’s Sebastian Kienle with a 1:13:56 run split.

The Dane began and ended 2021 with a bang, winning IRONMAN 70.3 Dubai in March and IRONMAN 70.3 Lanzarote in October. These results sandwiched three third places, including bronze at the IRONMAN 70.3 World Championship in St George.

Bækkegård also impressed at the inaugural Collins Cup with the third fastest time of the day and claimed a podium at IRONMAN Tulsa.

Daniel Bækkegård was sixth in the 2021 year-end PTO World Rankings after showing admirable consistency and improvement over a two-year period. His three best results from the qualifying period saw him climb seven places to 27th at the end of 2020, but went up a further 21 spots in 2021.

The most important person in Daniel’s life is his mum Anne, who brought him up on her own. He explained just what she means to him in a recent PTO documentary.

“I remember my childhood as being so pleasant and peaceful. It could be like a fairytale, to be honest. My mom brought me up by herself and made sure I had everything I needed in life in terms of love and support.”

Baekkegard’s tri suit is a Fusion SLI High Speed Suit, while he swims in the Sailfish G-Range 7 wetsuit with MAGIC5 goggles. 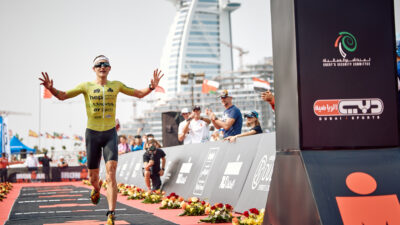 Forgotten Dan - Bækkegård under the radar thanks to the hype train 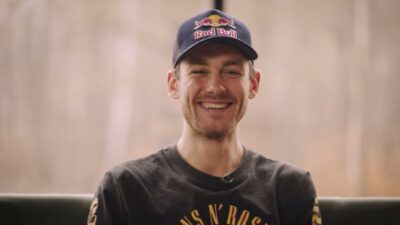 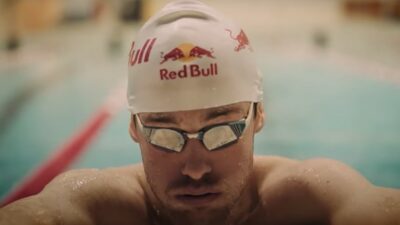 Fairytales and nightmares: Daniel Bækkegård on his rise to the top